Since I ran my family’s medical clinic, Centro Medico Humberto Parra, in 2007, my life has taken a very strange journey. I had no idea that I’d end up writing about 3D printing as I do today. I was so absorbed, working with the patients, staff and volunteers of our free, medical clinic, that it was hard to think about the world outside of that Bolivian rainforest. I didn’t know 3D printing existed in 2007, even though it had been around since the 80’s. In fact, I didn’t know too much about anything outside of our bubble. Now, though, I’ve been covering 3D printing news for a little over a year and I’m seeing all of these ways that the technology could be used at Centro Medico and clinics like it.

In my time writing for 3DPI, I’ve come across a lot of applications of the technology in medicine and it’s got me thinking about my old job at the clinic. Researchers at Princeton have 3D printed an ear from actual cartilage and they even went a step further and added some bionic components to make it hear better than ordinary human ears. 3D printing has made big waves in the medical field with a number of stories about the 3D printing of a variety biological tissues, such as liver cells, stem cells, even intervertebral discs. These feats promise, in the future, the ability to bring drugs to market more quickly due to the ability to test experimental medicines on artificial human tissues and, in the more distant future, the possibility of printing entire artificial organs for transplant. For a non-profit medical clinic surviving on private donations, however, these advances are probably out of reach. Instead, the more mainstream 3D printing that exists at the current moment can afford Centro Medico with some pretty phenomenal capabilities. 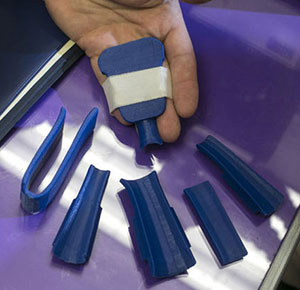 The application that first turned me onto 3D printing at a remote clinic was the story of a 3D printed finger splint. Working with a professor at his high school, a senior named Ian McHale printed a few different field splints. Not only are they cheap, running at about 2 cents a piece for the plastic, but they allow developing nations to circumvent the need to ship large supplies of splints from developed nations. For a clinic such as ours, located 90 miles from the nearest major city, 3D printing a splint could come in handy when supplies are low. With a number of patients from the nearby sugarcane fields who come in often with work-related injuries, it wouldn’t be difficult to outfit custom splints in the case that we’ve run out of our own. Our patients often travel to the clinic in large groups, so each patient has to wait for the entire community to finish seeing doctors until they can leave, which usually takes from a half to a whole day.  Therefore, there’d be ample time for patient to wait for their splint to finish printing. 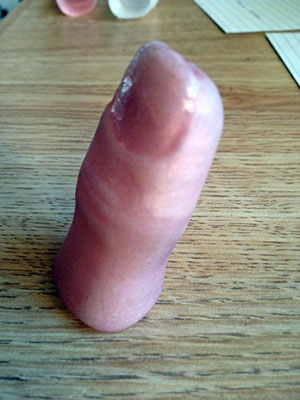 More exciting is the possibility of printing prostheses. An increasing number of amateur Makers have begun 3D printing their own prosthetic fingers and hands. One man named Sean Blaine, a sculptor by trade, lost his right thumb in an accident. He modelled a pretty accurate thumb in a CAD program and printed it in nylon using his MakerBot Replicator 2, a pretty common 3D printer. Though he didn’t have access to a good 3D scanner, it’s more than possible to scan his left thumb and create a new thumb almost identical to his last, which he plans to do in the future. At 3DPI, we’ve also covered stories about full hand prosthetics for children born with only partial formation of their appendages. The kids in these stories often have control over their knuckles, so outfitting them with 3D printed grippers that actually grasp objects isn’t so hard. In all of these cases, the prosthetics only cost a few dollars to produce, compared with the $10,000 (or more) that a similar product would sell for at a medical supply company. Moreover, 3D printing allows for these objects to be customised to the individual in need.

I haven’t yet personally come across any patients with a need for prosthetic hands or fingers, but a good deal of our patients do suffer from diabetes. Without proper control of the condition, a concurrent illness called neuropathy can occur, which leads to a loss of sensitivity in a person’s nerve endings. As a result, patients with neuropathy may not feel injuries to their feet, which can lead to an infection that spreads to the point at which a foot or toe may need to be amputated. Though Centro Medico takes pride in encouraging good foot care for diabetic patients, there are always worst case scenarios and a 3D printed toe may help someone regain balance and mobility. 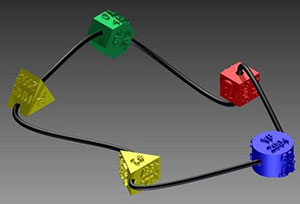 Another novel application for the technology would be something along the lines of VaxBeads, the winner of Michigan Technological University’s Printers for Peace contest. VaxBeads are 3D printed beads that represent different vaccinations, meant to be worn by a patient as a form of visual medical chart. Such a bracelet could serve patients unaccustomed to carrying or memorizing their vaccination records. Perhaps more useful for our patients would be blocks representing their medications, including dosage and type. I’ve encountered many, many patients unaware of the exact name and dosage of the pills that they’re taking and, often times, issues related to inaccurate record keeping may make clinic files incomplete. Without knowing which anti-diabetic medicine a patient uses can cause problems with control of their blood sugar, ultimately affecting their health.

Outside of direct patient treatment, 3D printing could serve various underfunded or remote medical clinics by providing lab equipment and medical models. 3D printed medical models are growing in popularity. With online repositories including more and more anatomical designs, it’s easy to 3D print models of bones, organs, and other biological features that could be used to teach patients about their own health or students eager to get into the medical field at an early age. More advanced models developed by universities may also be printed to elaborate on more complex physiological features for the clinic’s med students.

Michigan Technological University has begun creating an open library of 3D-printed components for optical devices.  Mostly the library consists of plastic filters and adapters, objects that don’t rely on the glass lenses of microscopes and the like, but, as the technology and the community surrounding it grows, there will be more and more objects that are significantly cheaper than their equivalents offered by mainstream suppliers. 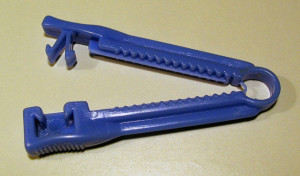 If Centro Medico did decide to implement some sort of small 3D printing program, it would be part of a growing number of non-profits using the technology to help populations in developing countries. The 3d4AgDev program, in part funded by the Bill and Melinda Gates Foundation, is hoping to use the technology to create 3D printed farm tools for farmers, specifically women, in Sub-Saharan Africa. Not Impossible Labs has already established a 3D printed prosthesis program for the people of Sudan, who have lost limbs due to the growing conflict in the region.  And iLab//Haiti would be the most like my family’s clinic, having established a 3D printing lab that produced umbilical clamps for a local hospital.

I could go on with the number of applications that the technology has for a clinic like ours.  There are plenty more that we’ve covered at 3DPI and many more that we haven’t heard about and that no one’s thought of yet, I suspect. I don’t quite know if the technology is ready yet or if people are ready to use them to their fullest potential, but I think it may be a possibility. For that reason, I’m hoping to find a way to get one to our clinic — with the necessary support and education.

Every winter, Centro Medico Humberto Parra has an auction, in which clinic donors can bid on things like Bolivian crafts, tickets to Sox and Cubs games, and gift cards to restaurants to support our cause. At the end of the night, there’s always a raffle, where a techie prize is awarded to whoever has the winning ticket. This coming winter, I’m going to look for a generous 3D printer manufacturer to see about donating one to our clinic and one to raffle off at the auction. That way, in the US and at CMHP in Bolivia, we can see how these machines might help our small, medical community.

My hope is that, as the technology improves and is reduced in price, it may find itself in many initiatives across the planet to make the world a more liveable place.  We’re still figuring out how to use 3D printing and what we might use it for. If it can be harnessed in the right ways, it’s possible that it could help clinics like Centro Medico to do a lot of good for a lot of people.