There’s been a lot of promise for 3DP to revolutionize the field of medicine. We’ve even seen a lot of progress in that direction with 3D printed liver cells and prostheses. But, for small hospitals in third world countries[1], basic supplies can sometimes be a costly necessity and to wait for a simple item – one that may be found easily in developed nations – to be purchased from a city that’s an hour and a half away or, worse, shipped in from overseas, can seem to take far too long. By creating .stl files for a field splint, Ian McHale, a senior at Steinert High School, has made his contribution to what I hope will become an extensive library of 3d printable medical supplies. 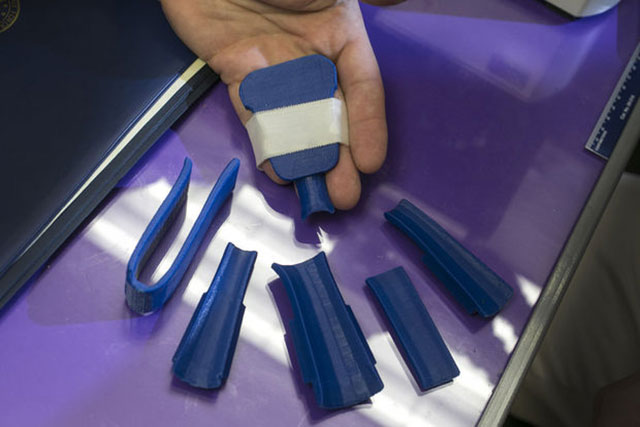 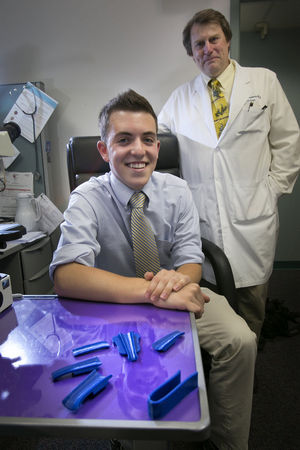 McHale’s splint can be printed quickly and affordably by a low-end 3D printer, about 2¢ worth of ABS plastic in about ten minutes. And, McHale observes, in an interview with New Jersey’s The Times, “This is an affordable solution. If somebody donates a $1,200 printer, you can continue to use recycled plastic to make these splints or any other medical devices.” While a splint can be purchased in the United States at a local drugstore, they are not necessarily easy to access in some developing countries. McHale points out to The Times that medical supplies can often only be purchased in bulk, making them more expensive to buy and ship overseas. One offs, then, may be difficult to come by.

McHale didn’t create the splints alone. The project sprang from his enrollment in the Mini Medical School program at Robert Wood Johnson University Hospital Hamilton, a program designed to get the local community familiar with science. The high school senior worked closely with his mentor, RWJUHH pathologist Dr. Richard Siderits. Siderits had already been working with additive manufacturing[2] when his mentee approached him to learn more.  Siderits then helped him craft a suitable CAD prototype for the field splint.  You can see the good doctor explain the modeling process in the video below:

[1]Such as my parents’ own medical clinic in Bolivia.

[2]Check out Dr. Siderits’s profile on Thingiverse here, including some fantastic objects that would do any resource-struck region a lot of good, such as his USB-powered centrifuge design.