The Stratasys Fortus 360mc is responsible for the latest mechanical developments in De Beers Technologies production system, and it looks like they’ll be investing in the world of 3D printing for longer than initially expected.

De Beers Tecnologies has invested in this professional grade 3D printer to create R&D and production parts at their state-of the art facility in Berkshire, which has amounted to a dramatic reduction in cost compared other industrial processes, and has also persuaded the company to invest in a second printer, the Stratasys Dimension 1200es.

Who are De Beers?

De Beers is a leader in diamond exploration, mining, processing and retailing. As a means of keeping their activities supported, they maintain a diamond R&D centre based in Maidenhead, known as De Beers Technologies UK. This is where they create and develop systems for sorting and verifying diamonds, and also machines which synthetics and treatments are properly detected. Once properly developed, the systems created are then used by De Beers’ sorting and grading operations, as well as other partner laboratories.

The key aims in their developments are to provide the best in efficiency, flexibility and consistency, whilst simplifying and accelerating the processes. 3D printing has helped push the company’s developed further than they could have expecting, pushing past the barriers set by traditional machine processes, allowing their designers to enter new territory. 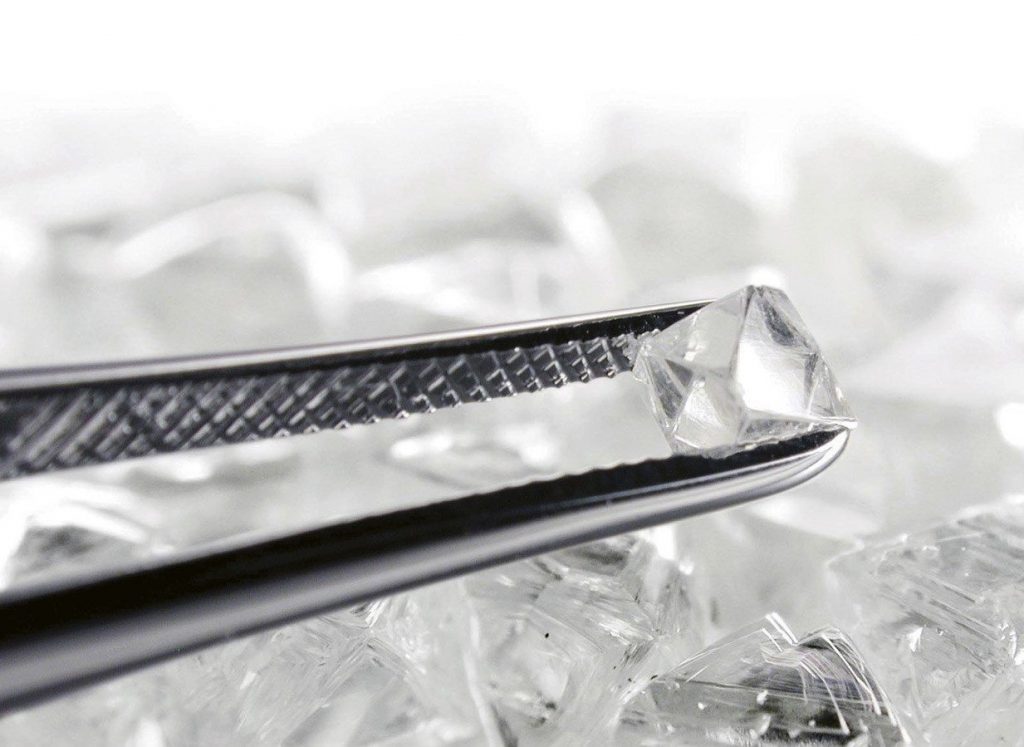 “Until recently we did all of our 3D printing through a bureau service,” explains Technical Manager Trevor Poulter. “However, we soon discovered that the amount of printing we were doing would soon justify buying a 3D printer of our own.”

“The machine is available 24-7 for our engineers to use on a daily basis,” says Mr Poulter. “With the Fortus 360mc in place, we can fit R&D parts between production builds to produce prototypes or test pieces in a much quicker fashion.”

Senior Mechanical Engineer, Andrew Portsmouth also adds, “Whenever I come up with an idea the first thought is always ‘will it work’,” he says. “Now, however, we can put it on the Fortus overnight so that the next day we are testing it, assessing it, and figuring out any limitations. We can then modify the design and put it back on the 3D printer overnight. The following morning we are testing the next iteration. In terms of reducing development time, it’s impossible to put a value on what 3D printing has saved us.”

What printers are they using?

The Fortus 360mc is equipped with an extrusion head and gantry that maintains tight positional accuracy and close component tolerances whilst building from stable, production-grade thermoplastics. The standard build space is 355 x 254 x 254mm, which can be upgraded to 406 x 356 x 406mm is needed, and has four canister bays, allowing for uninterrupted building for long periods of time. 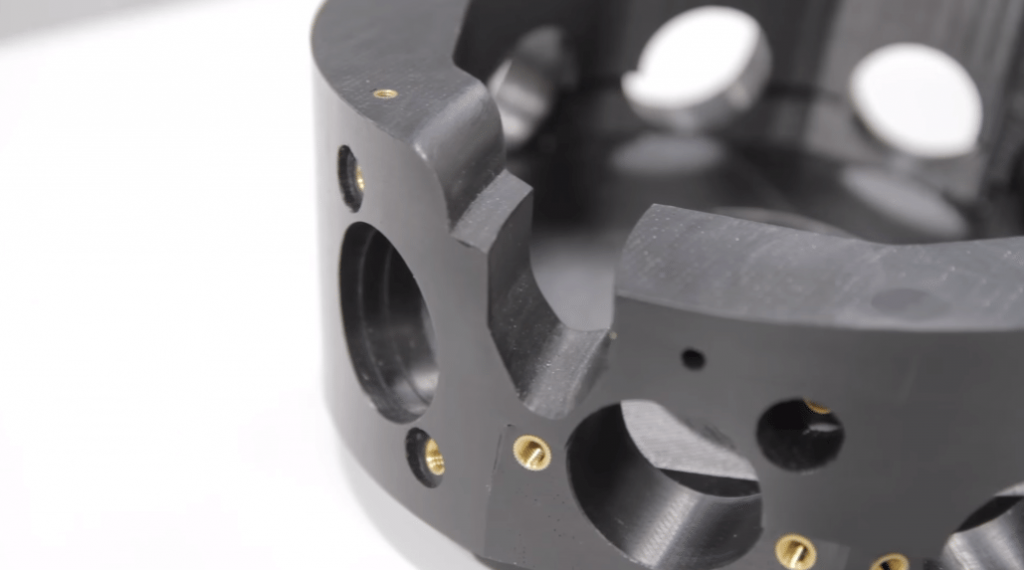 “Avenues that weren’t available to us as engineers now are,” says Mr Portsmouth. “The Fortus 360mc has changed the way we work as engineers and designers. In fact, we are now designing parts purely to take advantage of 3D printing, and forgetting the restrictions that conventional processes such as machining or casting bring.”

“The way it’s been designed means there is no other way to make it than with additive manufacturing, and it has many benefits because of that,” says Mr Portsmouth. “Manufacturing it on the Fortus 360mc represented a three- or four-fold reduction in production cost compared with than the previous machining method simply because it’s a much cheaper process. Today, it feels like we print anything and everything: it’s the flexibility and the change in the way we innovate that’s really made the difference here. I would also say that the Fortus has helped us create more innovative products because of the design freedom it allows – making parts that were simply not possible before.”

As a result of De Beers’ success with its Fortus 360mc, the company has now also invested in a second Stratasys machine, a Dimension 1200es. the idea is that the new machine will also introduce the flexibility of different material types, as well as different colours. 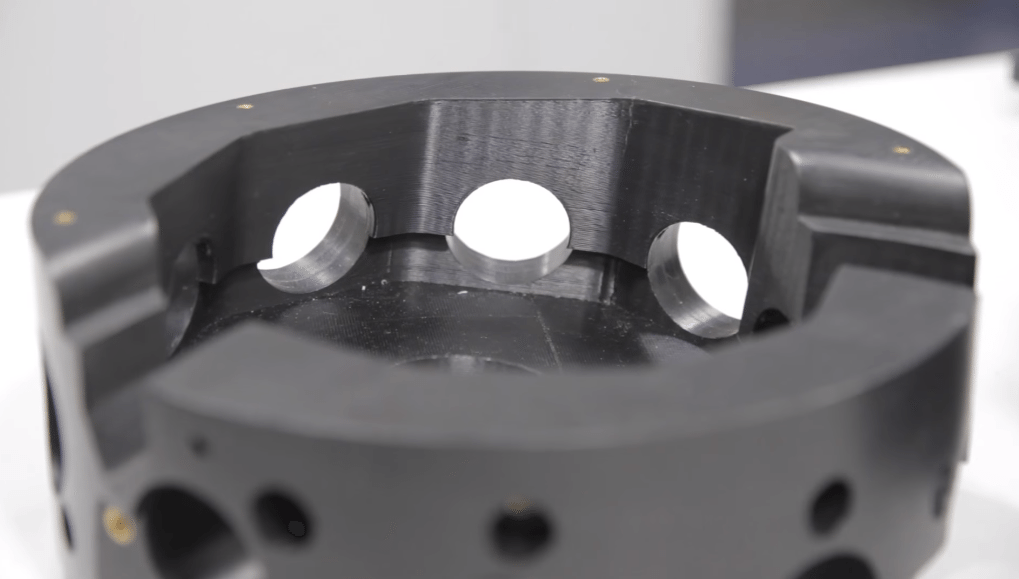 The Dimension 1200es features an even bigger build space of 254 x 254 x 305mm and is also powered by FDM technology. It prints in nine colours of ABSplus thermoplastic. The printer also allows users choose fine resolution or faster printing, with layer thicknesses of 0.254 or 0.33mm.

“The message is going out across the company that we now have a comprehensive 3D printing facility featuring professional, high performance machines,” says Mr Poulter. “As a result, we can better react to specific requirements, and in a very quick time.”

“SYS have always been very responsive to any of our requests or queries and, as a result, we have been very happy with the support provided,” Mr Poulter concludes.