Recently, Xi’an Chizi Digital Technology Co., Ltd in China has made an order from Hezhang county in Guizhou province. This county is the ancient Yelang Kingdom in Chinese history and they wanted to 3D print their city’s iconic cultural relic Dragon Frog as the gift from the local government to visitors.

If we take a closer look at the shelves in the company, we would be amazed by all kinds of exquisite 3D printed Chinese handicrafts.

This is a head from Qin dynasty, made up of countless seal script characters. This object requires 3D SLA printing technology with high molding precision in order to create the delicate hollows on it. 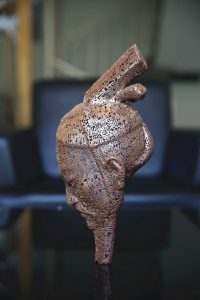 Besides, there are 3D printed hollowed out tea trays, sculpture of Guan Yu, a famous general during the three kingdom period, ancient female wearing traditional Chinese garment with loose sleeves and sculptures of various civil and military officers designed for Beijing’s Palace Museum. If you go to Beijing Palace Museum, you would probably come aross these lovely 3D printed souvenirs ! 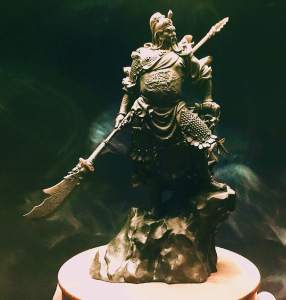 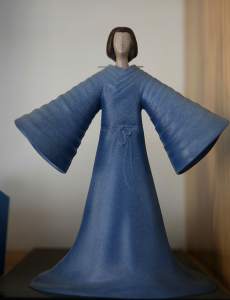 Founded less than two years, Xi’an Chizi Digital Technology Co., Ltd has been quite well-known in the 3D industry. It aims to break the barriers between Traditional culture derivatives and digital manufacturing, upgrading the production process of traditional cultural derivatives through new method.

Their customers mostly are from creative industries. Among them, there are lots of sculptors. Xi’an is a historical city with numerous universities and colleges, including one of the most famous art schools in China —— Xi’an Academy of Fine Art. Many of these schools have set up the department of sculpture. According to a survey, the market share of sculptures can reach as high as several billion RMB every year in Shaanxi province. Sculptors have turn to 3D printing nowadays for permanent data storage and easier carries.