We have all dreamed of using a 3D printer to make an army of 3D printers. Well now you can, thanks to an Indiegogo campaign that will go live on August 9th for the Ulio 3D.

You could use a 3D printer to make another one before, in truth. The RepRap movement started off this cloning concept, but the open source concepts generally restricted the 3D printed aspect to a few choice parts. The rest of the printer was built with off-the-shelf components. Ulio 3D promises a much more immersive experience and the creators say it is the “most 3D printer 3D printer ever offered to consumers.”

Of course we shouldn’t get carried away, this is no Statrasys Fortus 900mc. If you want to print aerospace grade parts then this isn’t for you, but then that isn’t the point of the Ulio 3D. It’s aimed at schools and the idea is to introduce students to Computer Aided Design, robotics, engineering, problem solving and 3D printing. 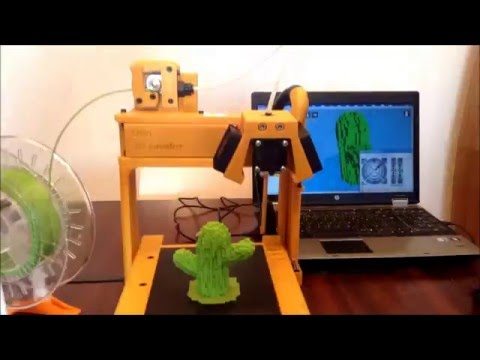 Additive manufacturing has already been shown to boost engagement with the traditional STEM subjects in schools and this is a tailor-made teaching aid that will help students visualize and then fix specific problems.

The first one, inevitably, is making the printer. That means taking the kit of parts that simply cannot be printed and then getting to work with the supplied designs to print the ones that can. The parts in the kit come from the US and the UK and Ulio 3D is sure that the printer will be an invaluable addition to every classroom.

The early bird offer will give you a complete printer, minus some minor assembly and the parts you have to make at home, for $299. Of course, you can buy a number of budget printers for $299 and once the early bird price is gone then you’ll be looking at much more. Once it’s built, the competitive advantage is gone and you’re left with a printer with a limited print bay that might not look like such a good deal.

The likes of the TwoUp 3D will give you a DIY 3D printer kit for even less money, so you lose the 3D printing aspect but you get a full kit of parts to build your printer and get going.

A lot of Amazon reviewers seem to have encountered problems. But that can go with building your own printer and you really should make sure you want to learn the mechanics of making the printer if you want to go this way. It can be a painful way to get a cheap deal on a finished printer.

Anything that encourages students to get involved with 3D printing and STEM subjects is welcome, though, so we applaud the intention behind the Ulios 3D. We look forward to seeing one in the flesh and seeing exactly how it feels like to build your own 3D printer with another 3D printer.