According to Keith Murphy, Chairman and Chief Executive Officer at Organovo: “We have achieved excellent function in a fully cellular 3D human liver tissue. With Organovo’s 3D bioprinted liver tissues, we have demonstrated the power of bioprinting to create functional human tissue that replicates human biology better than what has come before.  Not only can these tissues be a first step towards larger 3D liver, laboratory tests with these samples have the potential to be game changing for medical research. We believe these models will prove superior in their ability to provide predictive data for drug discovery and development, better than animal models or current cell models.”

This is a significant development for this pioneering company because, for the first time, human liver tissues have been generated that are truly three-dimensional. According to the company the smallest dimension is up to 500 microns in thickness and the tissue consists of multiple cell types arranged in defined spatial patterns that reproduce key elements of native tissue architecture. The tissues, fabricated using Organovo’s proprietary NovoGen™ bioprinting platform, are highly reproducible and exhibit superior performance. 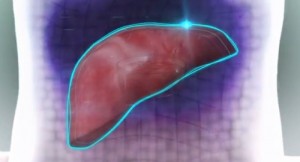 Dr. Sharon Presnell, Organovo’s Chief Technology Officer and Executive Vice President of Research and Development, stated, “We’ve combined three key features that set our 3D tissues apart from 2D cell-culture models. First, the tissues are not a monolayer of cells; our tissues are approximately 20 cell layers thick. Second, the multi-cellular tissues closely reproduce the distinct cellular patterns found in native tissue. Finally, our tissues are highly cellular, comprised of cells and the proteins those cells produce, without dependence on biomaterials or scaffold for three-dimensionality. They actually look and feel like living tissues.”

The company’s key findings include:

Multi-layered architecture reaching up to 500 microns thickness, with tissues comprised of up to 20 cell layers