Following the horrendous events that happened in Boston back in April during the Marathon, the strength of the human spirit has materialized in a number of ways as people near and far have sought to deal with and help the victims through the aftermath.

One fundraising event that has been organized in support of Boston is OneRunforBoston, a 3000 mile relay run starting from LA, right across the USA and finishing in Boston. The relay consists of 300 stages of approximately 10 miles each, and will see individual runners, who are paying for the privilege of running their stage while carrying an Olympic torch-like baton called the Boston-Baton.

The relay run started yesterday from Venice Beach California, and the aim is for the final runner to arrive in Boston in three weeks time on 30th June. 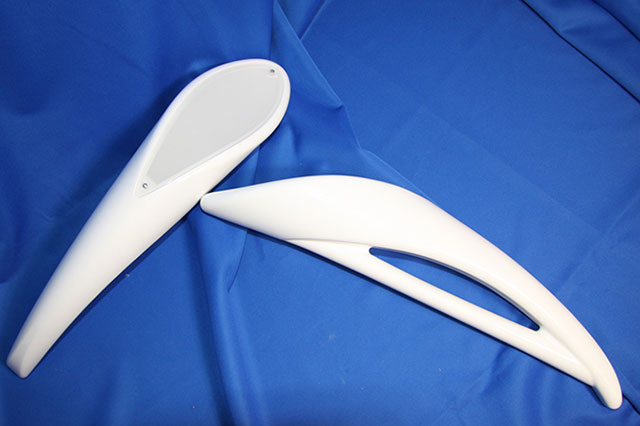 The batons that will be carried during the 3000 mile relay was designed by Jon Parlby from the UK, who has designed previous such torches. The Boston-Baton itself, according to Jon, draws its inspiration from the Lily flower, a symbol of strength! The baton, which stands 460 mm tall,  is also functional and holds a kinetic-energy powered generator to power a gps tracking device and lighting for night-time illumination. Followers will thus be able to track the runners’ progress live on the internet as it travels from LA to Boston over the next three weeks via the website.

The concept baton was originally produced using 3D printing on a stereolithography (SL) machine by Malcolm Nicholls Limited (MNL), also based in the UK. MNL is one of the longest established service providers of 3D printing parts and components and has been using the technologies for the best part of 20 years. MNL has donated its time and expertise to this worthy cause.

However, as reserve Batons were required for the duration of the race, it was decided that 3D printing was not the best route for final manufacture of multiple parts. As a result, the decision was taken to use 3D printing to facilitate tooling and casting. The 3D printed SL components of the Baton were hand finished and then used as masters for silicone tooling. The materials for the tooling and casting process were generously donated by Mouldlife.

The Baton was built over a single weekend and flown over to the States with some of the event’s organisers ahead of the race start.