The modern day plague that is lower back pain, is an ever more apparent problem in a world where most of the work is done when sitting down – and also more often than not in what could be called ergonomically functional conditions. However, whether the aching back is seemingly caused by sitting or some other reason, the main culprit is typically something inside your back called an intervertebral disc – or IVD – and the degeneration process thereof. Researchers at Cornell University have been studying this ailment – from which an estimated 30 million people in the US alone are suffering – and its treatment possibilities, on which they estimate a whopping $90 billion is being spent every year.  Even though this kind of money is being spent in this area, the prognosis isn’t always that good even when throwing your money at the treating M.D. – e.g. surgery on your lower back might cause further damage to the adjacent discs and thus even more serious problems for the health of the patient.

This is where the research at hand – which could be labelled as scientifically popular due to aforementioned reasons – comes in to play. The intent of the Cornell team – led by Dr. Lawrence Bonassar, an associate professor – is to “develop a method to repair punctured discs and to develop a tissue engineered IVD as a possible biological replacement option.” 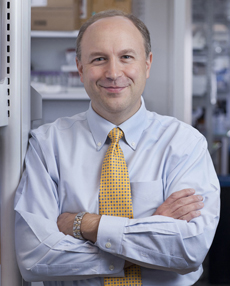 Basically, what the scientists are trying to achieve in the repair part of their mission is to create a method to fix the broken – i.e. punctured – discs by refilling them to their original height with a dose of collagen gel – sort of like using a quick foam fill to a punctured tire. This is done by utilising 3D printing tech as a key proponent in the process leading to a pain free and mobile life – with bio-ink consisting of stem cells, which could be accurately printed and injected into the patients. Due to the nature of stem cells, after applying them to the patient, the cells begin their own specialization process within the disc, eventually leading to an IVD as it should be.

The replacement part is at least equally interesting, enabling the use of an even more future-oriented approach. The Bonassar team’s idea is to replace traditional surgery by creating a functional tissue engineered intervertebral disc, which is made of two different cells, which suspended in either alginate or collagen. In the most simplified explanation possible, the team is basically 3D printing new intervertebral discs for the patients, which could be fully personalizable according to the patient’s own physiology and needs.

These ‘man-made’ disc fills and completely new  IVD’s have already been successfully tested with rats – and with promising results – but there is still a lot of lab testing and further research to be done, before this breakthrough medical tech can be applied to the suffering workhorse sitting in a cubicle. Nonetheless, this story shows once again how the medical sector in general is one – if not, the most – interesting research areas, when it comes to applying 3D printing technology.