Using 3D Printing to Increase the Collective Intelligence of Everything

While Defense Distributed is out creating an open library of dangerous objects to make the world a scarier place, others, like Zhang et al. have begun work on a library of printable optics to make the world just a little bit more egalitarian. On PLOSone, the open journal of peer-reviewed articles, you can find a study detailing the benefits of the open-source model as it relates to an open source library of objects used for studying optics in a laboratory setting.

The article is an interesting read, not just because it describes a variety of parts that can be printed for the study of light, but also because it outlines the pros and cons of open source hardware and a library of 3D printable lab equipment. In addition to providing the STL files to 3D print clamps for different instruments, such as light filters, screens, and lenses, the authors point out that such printable equipment could make scientific experimentation much more affordable and efficient, saying:

For example, to outfit an undergraduate teaching laboratory with 30 optics setups including 1 m optical tracks, optical lens, adjustable lens holder, ray optical kit, and viewing screen, the total cost would be less than $500 using the open-source optics approach as compared to $15,000 for commercial versions, providing over $14,500 in savings.

And, in replacing, say, an optical chopper wheel, it could take weeks to receive a shipment of something that could be printed in a matter of hours and, because an experimenter might not know exactly what type of chopper wheel will be needed, additive manufacturing allows for the printing of pieces needed for a specific study. 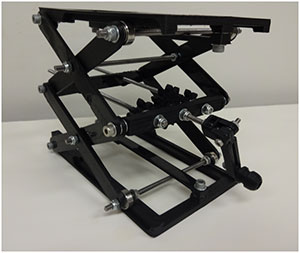 The authors also point out the drawbacks to a printable library of optics tools, at the current moment, the most obvious of which is that, for now, it is not possible to print lenses due to the resolution of low end printers. Arduino boards and other microcontrollers may also lack the higher range of voltage necessary for some experimentation. And, until the library is extensive enough, the crafting and printing of quality optic parts is limited to those with skill and experience handling 3D printers, and so, may not be useful to all scientists.

Both the optics library and PLOSOne are part of a larger effort to democratize education globally. As the journal is a reflection of the need to free information to those who cannot afford a college education and, so, obtain access to academic publications, the library is a reflection of the need for cheaper hardware for use in experimental studies. The authors discuss how 3D printers could be used to make science more accessible: 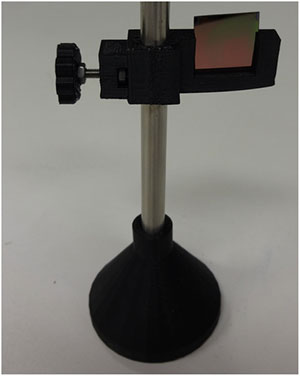 As the RepRap is highly portable and there have already been efforts to construct solar-powered 3-D printers, it can easy to support optics education in rural areas or developing countries and education institutions with funding constraints. It is important to note, the benefit of this approach for international scientists. Experimental science is severely underfunded in most of the developing world as compared to Europe, the U.S. and Japan. At the same time the majority of humanity still lives in these regions and they possess talented scientists, many of whose training and theoretical background rivals the West. Yet these scientists are handicapped by not having access to experimental equipment. This open-source approach would thus help enable more scientists to join the experimental side of the world scientific community, which is presumed to be a benefit for everyone.

One can only hope that the endeavors of Zhang et al. inspire others in the scientific community to create open libraries of objects for other branches of scientific study so that anyone anywhere can study anything easily and affordably, ultimately increasing the collective intelligence of everything.