Last week, Richard Baguley (the bagel-iest of the Richards) at Tom’s Guide wrote up a brief review of some of the latest home 3D printers on the market. I still haven’t gotten a chance to see all of the desktop printers now available across the world up close and personal, let alone those still in beta on crowd-funding sites (I do wonder if anyone has?) so I won’t be able to give my own opinion alongside Richard’s, but I can give you some of his breakdown as to which home 3D printer is right for what audience and you can feel free to throw your opinions into the comments section below. We can also compare it to Make Magazine’s epic 3D printer guide published at the beginning of this year.  Also bear in mind this won’t feature the Ultimaker 2, which launched to great acclaim last Friday evening, as reported by Moheeb who was there in person. 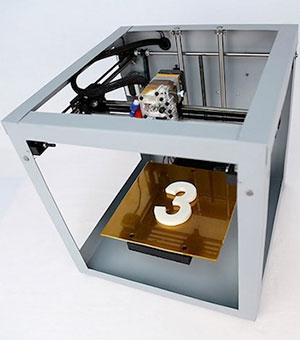 Richard rates the 3rd generation Solidoodle as the best bang for your buck. Acknowledging that there are more affordable printers out there, the Solidoodle 3rd Gen gets you a large 8x8x8 inch print volume, heated print bed, and internal lighting for $799.  This is a bit of an improvement over the last generation, which was two cubic inches smaller for $100 cheaper.  And, for a plug-n-play, it’s definitely cheaper than other assembled printers on the market.

He says that the Cube, from 3D Systems’ Cubify, is the best home printer for beginners because it works right out of the box, has simple to follow instructions, no heated bed, WiFi, and easy to change printer cartridges. Make had similar things to say about the Cube, in terms of its ease-of-use, but, after attending the Inside 3D Printing conference, I’d say that the Afinia H-Series, Make’s “Best Overall Experience”, is worthy competition. The nice fellas at the booth showed me how easy it is to operate and change out plastic spools. The interface is a step up from the Repetier software I use for my Bukobot and the resolution on their prints is simply amazing for a desktop printer.  The price difference between the two, $1,299 for the Cube and $1,599 for an Afinia machine, may have been the factor that pushed Richard in favour of the Cube. 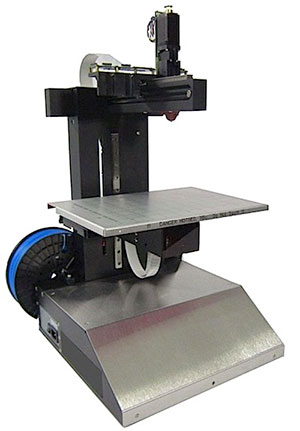 So as not to drive traffic away from his site (something I’ve been critiqued for in the past), I don’t want to go into too much more detail about the other reviews, except to say that he does cover best 3D printer kit, best printer for light use, and best printer for small businesses.  What’s interesting, though, is that Baguley determines the Hyrel E2 Hobbyist to be the best 3D printer for experimentation.  Like I said, I haven’t gotten to see all of these machines in person, but, from what I’ve read on the Hyrel, it is a machine that allows for some really cool tests. The Hyrel 3D Printer has an interchangeable printhead that lets you swap in the EMO25 extruder, which can extrude such neat materials as play-doh, clay, and self-setting rubber.  So, for people who aren’t ready to start designing their own printheads for novel materials, the Hyrel could be a great pick for experimentation and Richard’s inclusion of such a category in the first place should inspire Make to do the same in their next 3D Printer review.

The review from Tom’s Guide isn’t as wide in scope as Make’s almost complete 3D printer guide, but a lot of time has passed since their release of that issue.  And, since then, there are more RepRap derivatives, combination 3D scanner and printers, hybrid milling and 3D printing machines out there that both reviews are missing some good options.  So, let us know in the comments section what Rich from Tom and what Make Mag are missing — and what should be featured in their next Review editions!