Create Your Own Pop-Up Bobblehead Shop with EasyTwin 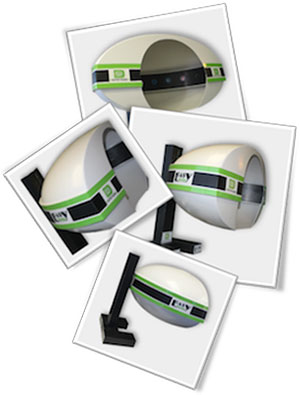 We’ve covered any number of businesses and entrepreneurs looking to convert you into 3D-printed objects. The Great Fredini, for instance, has his 3D portrait studio at Coney Island in New York.  The now defunct Action Figure Labs had customers converting a series of 3 headshots to create 3D printed action figures[1].  Digiteyezer (not to be confused with the Digitizer) is the first company, that I’ve come across, that is selling the 3D portrait equipment itself, in semi-franchise form, for your own entrepreneurial endeavours.

The company has created a head scanner, a sort of reverse beauty salon hair-drying chair, that they call the EasyTwin. The EasyTwin is a 3D-photo kiosk made up of 9 webcams that instantly capture your face and, with accompanying software, stitch the pictures together to create a 3D model of your head. Using a variety of software, the latest of which is the Bobbleshop, you can modify your head to create action figures, to test out possible hairdos, to use your face as an avatar for video games or to create a 3D printed “bobblehead”. 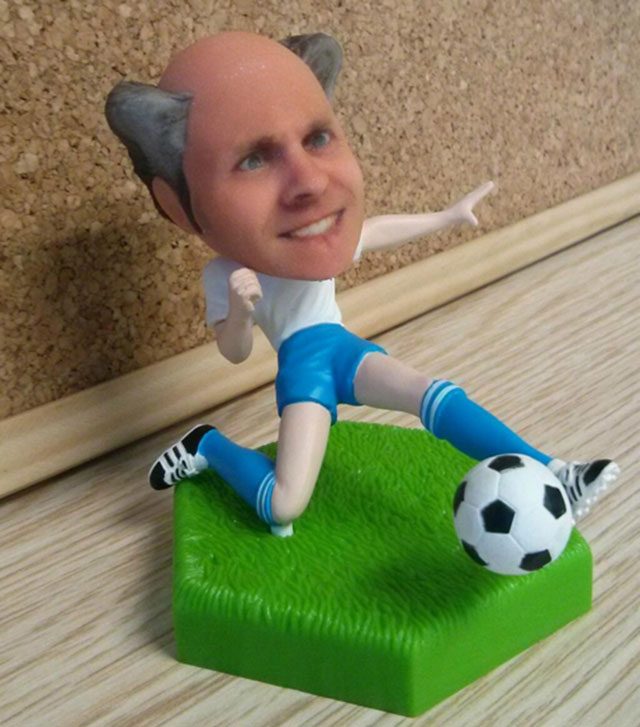 The neat thing about this company, to me, is that they’re encouraging people to take their entire apparatus into public venues to set-up shop.  Anyone that has mastered 3D printing can consider making a living in shopping malls, zoos or thoroughfares with their 3D printing kiosk.  How much it costs to purchase the full suite is not stated, but it if the economics add up as they suggest — 3D printing personalized bobbleheads sure as hell beats having a regular day job. The Bobbleshop site claims that you’ll make your money back in three months, though any of us who’ve been conned in the past won’t trust language like that ever again (You “buy” one historical landmark and you’re paying for it for the rest of your life!).

Here’s a video of the EasyTwin at Laval Virtual 2012 show in France (It is in French!):

The group will also be at the TCT Show in Birmingham from tomorrow, (September 25-26), so you can check them out in person if you’re going.  Let us know if you think they’ve got the gumption to out survive Action Figure Labs!

[1] My order for a Christmas present for my brother-in-law wasn’t enough to keep them afloat.  I guess Florida Gator Man really didn’t have any super powers 🙁