Strap a Structure Sensor to Your Face for Immersive, 3D Sensing VR & AR

Occipital has been making headway into the mixed reality space with their low-cost, high-resolution Structure Sensor.  Though its 3D scanning ability makes for a perfect tool for creating 3D printed replicas of real world objects, the company has also been expanding its virtual reality and augmented reality capabilities, releasing, earlier this year, a VR game to demonstrate the device’s positional tracking feature.  Today at the Augmented World Expo in Santa Clara, Occipital has demonstrated a low-cost, iPhone-powered VR headset relying on the Structure Sensor. 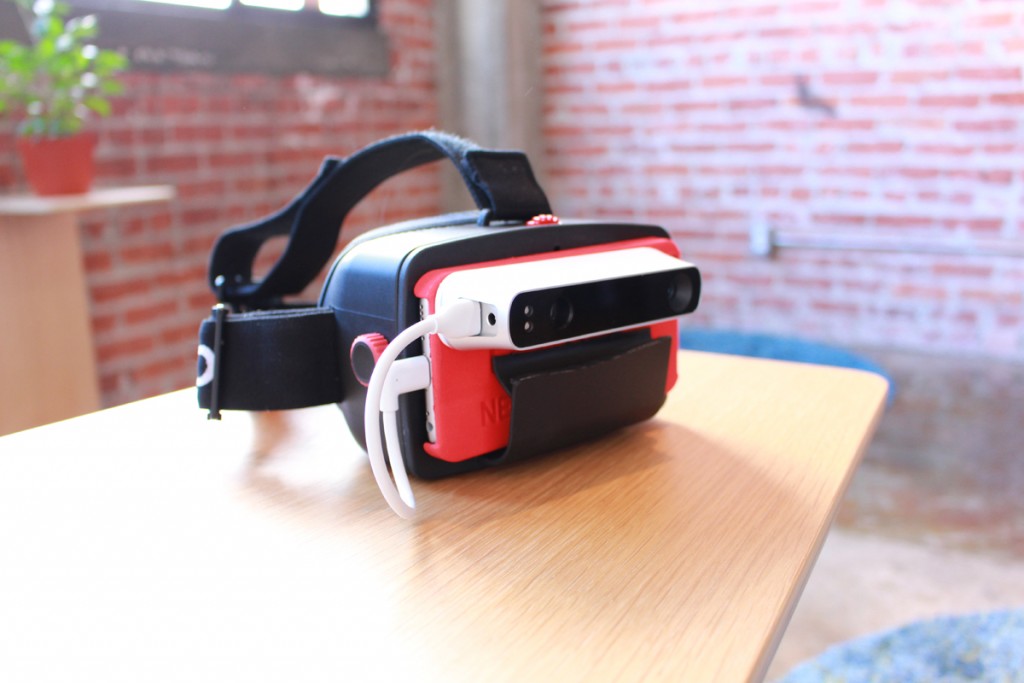 The Structure has long been compatible with the latest generations of iPads, but it wasn’t until the iPhone 6 and 6 Plus were released that the smartphone was powerful enough to fully take advantage of the Structure.  Now, using a specialty, 3D printed iPhone case designed by Michael Balzer and a VR headset from HOMiDO, the Structure Sensor has been paired with the iPhone as a VR/AR headset that allows users to experience virtual and augmented reality with six degrees of freedom.  Rather than play Occipital’s S.T.A.R. Ops VR game by holding an iPad in front their faces, the low-cost HOMiDO headset creates an immersive VR experience.

You may recognize Michael Balzer as the host of the All Things 3D podcast or as the man who helped treat his wife’s brain tumor with 3D printing.  Mike has long been using the Structure Sensor and developing devices to improve the device’s capabilities, including a lens system for increasing the Structure’s resolution and a hand-held device for easier 3D scanning.  Using the HOMiDO headset, Mike worked with the Occipital team to bring their VR tech directly to your face. 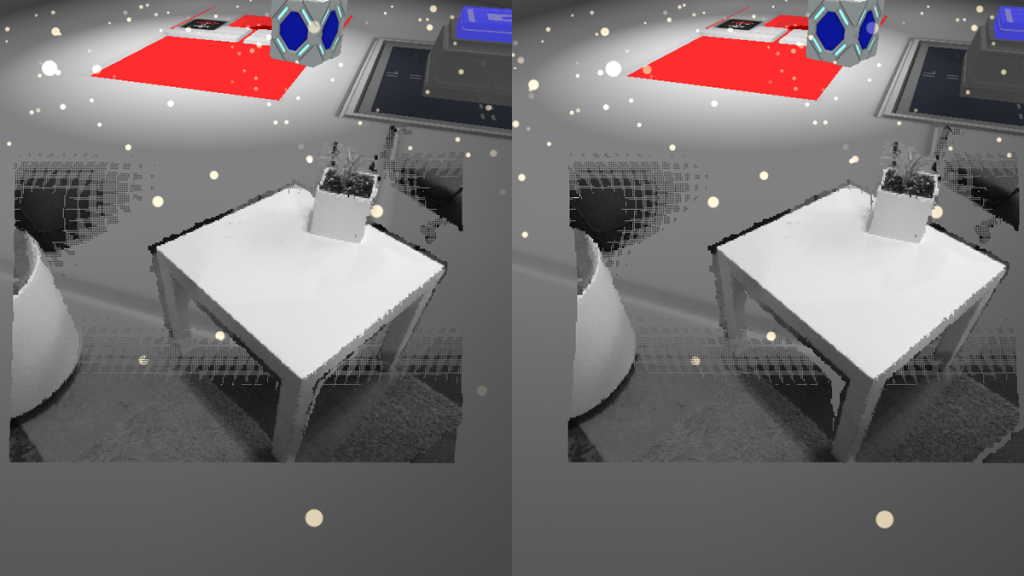 While there are a number of smartphone-based VR headsets, this may be the first of the depth-sensing variety.  With six degrees of freedom and a depth-sensing system strapped to your head, you can run, jump, and crouch in the virtual/augmented world, with precise positional tracking and no spatial constraints.  Occipital has also programmed the Structure to actively detect objects in the real world so that any obstacles that may arise in the physical world will be introduced into VR as the user nears them.

The Oculus Rift and HoloLens will hit the market at some point in the very near future, but the Structure Sensor and HOMiDO headset are all available now and, if you’ve got an iPhone 6/6 Plus already, likely at a lower price than these other devices.  All you have to do is purchase the sensor, the VR headset, and 3D print Mike’s custom attachment, and you’ll have all you need to begin VR-ing around your house in 3D.  If you happen to be in Santa Clara and want to try it out, you can hit up the Occipital booth and try it out. I won’t be able to make it, but I might just have an excuse to upgrade my iPhone and finally purchase a Structure!