Micron 3DP has sold over 1,000 extruders, and they contacted 3DPI to introduce us to their 3rd generation extruder.  First of all, it’s called the Cobra Extruder Line.  Cobras are the coolest snakes around, reliably fierce and deadly.  Except if you are a honey badger, then they are just a delicious snack hiding from you in the thin top branches of a tree somewhere relatively far away from New York. 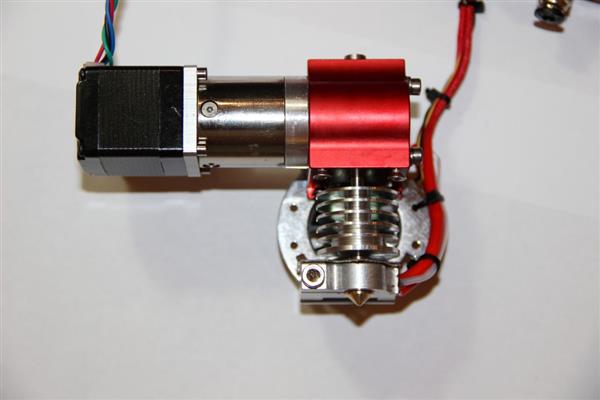 Anyway, the folks at Micron3DP told us that this family of extruders prints with extreme quickness and reliability, and is capable of handling some common flexible materials like NinjaFlex and PVA. They also tell us that, besides the Cobra having a high flow rate for printing, it is also lightweight and compact.

So who’s been buying from Micron3DP?

What have they been used to build ?

Micron3DP extruders have been used to print flexible shoes (a must for those of us with bones in our feet) to prototype components for NASA.

From my initial impression, one of the coolest features of the Cobra Extruder Line (as well as all of the other Micron3DP extruders) is the provisionally-patented easy switch replaceable nozzle and guide that comes with the Cobra. I’ve never used it myself, but apparently it only takes a minute to switch out nozzles for different materials, without altering the calibration of height on the Z axis.

Eran Gal-Or, VP of Engineering at Micron3DP, said that users constantly give him great feedback about the time saved by not having to re-calibrate Micron3DP nozzles.  The Micron3DP Cobra all-metal extruders continue with this feature, allowing for extended printing sessions at temperatures up to 315 degrees C.  And the reason it can withstand high temperatures is because you won’t find any tubing or plastic components inside the Micron 3DP hot-end.

If you are looking for an extruder that can withstand even higher temperatures, there is a special high-temperature Cobra Line that can print with high-grade materials like Ultem, PEEK, and carbon-reinforced PEEK.

Based in Israel, Micron3DP is home to 12 workers who specialize in mechanical design, manufacturing and assembly, manufacturing products in-house.  Each extruder is assembled and factory tested before shipping.  Another cool thing about Micron3DP is that they provide CAD files for their products and offer engineering technical support to their customers. They also take requests in case you need custom modifications on your extruder.

From my perspective, Cobra’s high-temperature extruders look like great components for bringing desktop 3D printers up to the quality of industrial systems.  Will it usher in a new era of low-cost industrial 3D printing? We’ll see!