Massivit 3D has become somewhat of a massive hit due to the sheer size of their 3D printers, though the speed of their unique Gel Deposition Printing (GDP) technology is also catching attention from the likes of Stratasys, who just invested in the fellow Israeli company. Now, according to the 3DP Business Directory, the technology is headed for the US through a distribution deal signed with Carisma, based out of New York. 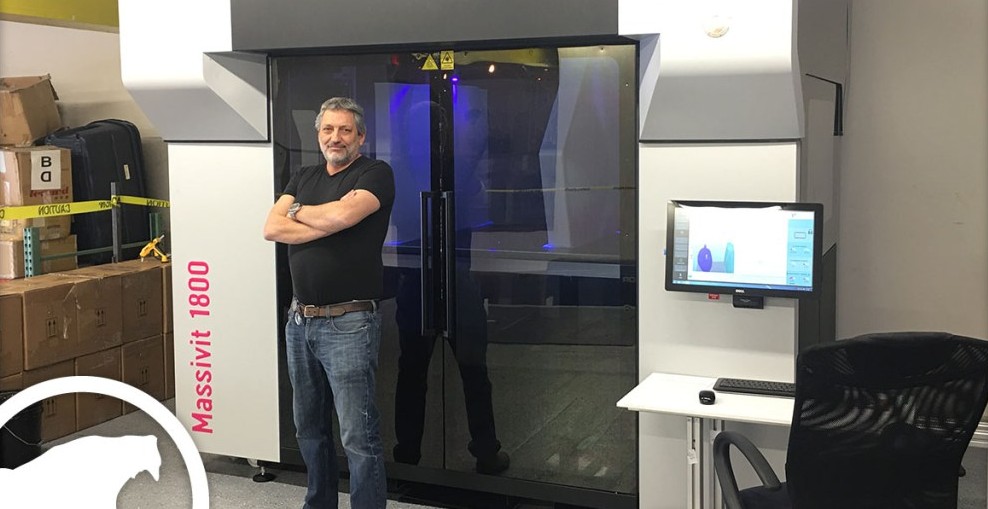 The Israeli firm’s Massivit 1800 machine has so far been used by a number of marketing and print specialists that have taken advantage of the system’s 1200 x 1500 x 1800 mm build envelope for large-scale signage and advertisements, though the occasional activist campaign cannot be discounted. Carisma is no different in this regard. With a Massivit 1800 at their Brooklyn office, the technology sees the company, which has been instrumental in large-format printing and marketing for doubledecker buses and food trucks across the US.

For Carisma, the printer will allow the print media company to expand into the third dimension. Massivit’s proprietary GDP technology, which works by UV curing their Dimengel material as it is extruded at rates of up to 1000 mm/s (when two printheads are engaged), will give Carisma a platform for 3D printing advertisements and merchandising props. Moshe Gil, owner and CEO of Carisma, says of the role that the technology will play in their business, “As always, I was looking for the next big thing, for a technology edge that can help me bring something different to my customers. That can let me help my customers in creating memorable and noticeable advertising. We were the first to put LED screens on buses for advertising, we are one of the first who printed to lenticular lenses and placed them on buses and now we will be the first to have 3D on buses.” He adds, “I visited Massivit in Israel and saw their system in action and it was magic. I immediately knew, this is what I need for my customers. 3D printing is definitely the future and I wanted to be the first who steps into this future. I am thrilled that Carisma will be the first in the Western Hemisphere to offer this technology.”

Avner Israeli, CEO of Massivit 3D, says of the agreement, “We are happy to see how a print service provider like Carisma is putting the Massivit 1800 to work in the advertising world, and by doing this will expand its envelope of performances to new applications and in new ways. The team at Carisma has, as their name suggests, has a lot of charisma and is driving the industry to great heights. Three-dimensional advertisements on buses, no doubt, are going to be a big hit.”

As Carisma is one of a growing number of advertising and print firms to grab onto 3D printing technology, we’re likely to see even more 3D printed ads hit the streets. Perhaps even propped up on your local food truck or tourist bus.