3D printing has, in some ways, had its biggest, yet simplest impacts in the field of medicine through the development of 3D printed medical models. By translating existing medical data, from CT and MRI scans, into 3D printed models, doctors worldwide have been able to prepare for complex surgeries like never before. The anecdotal evidence as amounted to such an extent that one US startup, 3D Ops, is conducting a full-scale clinical trial to see the technology implemented at a larger scale. Meanwhile, these stories continue to cover the globe. The latest comes from India, where medical 3D printing firm Anatomiz3D Healthcare has aided two Mumbai doctors in the successful removal of a tumor from a 53-year-old patient. 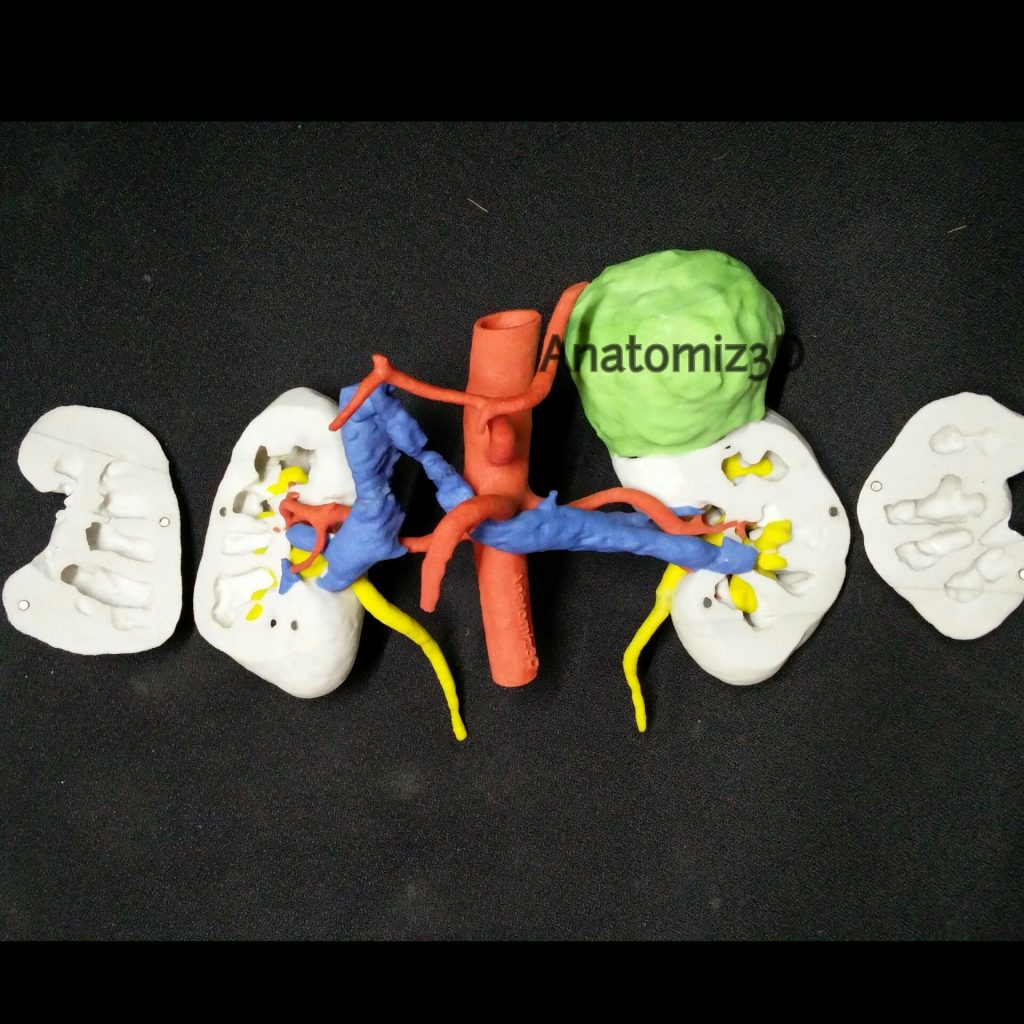 A 53-year-old man in India was diagnosed with a 6-cm tumor on the upper portion of his left kidney. Determining that the tumor should be removed, the medical team turned to 3D printing to aid them in the surgery.

On 11th March, the CT was converted into a 3D model by Anatomiz3D Healthcare, the healthcare division of Sahas Softech LLP, previously covered on 3DPI.

On March 14, the model was 3D printed with different colors to represent the different parts of the kidney’s anatomy – including the vein, artery, ureter, tumor, and other areas – all in a single build.

Upon receiving the model, surgeon Dr. Percy Jal Chibbar and radiologist Dr. Shrinivas B. Desai, both from Jaslok Hospital in Mumbai, India, performed a Robot Assisted Laparoscopic Partial Nephrectomy on March 22. Aided by the clarity of their model, only half of the kidney needed to be removed, leaving the other half intact. Dr Chibber, who conducted the surgery, said of the model’s utility, “The technical considerations in such cases are: 1. Gauging the precise of depth of the tumour within the parenchyma of the kidney, and 2. Details of vascular supply of the tumour. The 3D model, gave me an accurate assessment of the depth to which the mass was situated within the kidney.  This would be greatly assisted by intracavitary drop-in ultrasound.”

The surgery was deemed a success, with the patient now in recovery.  Ms. Firoza Kothari, Co-founder of Anatomiz3D Healthcare, concludes, “We strongly believe that 3D Printing provides medical teams with an added advantage along with existing 2D Technologies, and greatly helps in shaping the surgical planning procedure by providing a different perspective.”