As Rachel prepared us for last month, XYZprinting, manufacturers of the low-cost da Vinci 3D printer, had more products in their pipeline.  And, today, after the da Vinci 1.0 became Amazon’s top selling 3D printer, the company is releasing their latest iteration of the machine, the da Vinci 2.0 Duo, a dual extruder version of their desktop fabricator.

The da Vinci 2.0 Duo, priced at $649, offers similar specifications to its predecessor, but with a second extruder. In addition, the 2.0 has slightly smaller build volume than the 1.0 at 5.9”W x 7.8”H x 7.8”D, instead of 7.8″ x 7.8″ x 7.8″.  Other than that, the specifications seem to be pretty much the same.  They both have assisted, semi-automatic bed calibration, print resolution settings of 100 microns and 400 microns, and use XYZ’s own filament cartridges.  You can see a rough comparison of the two below: 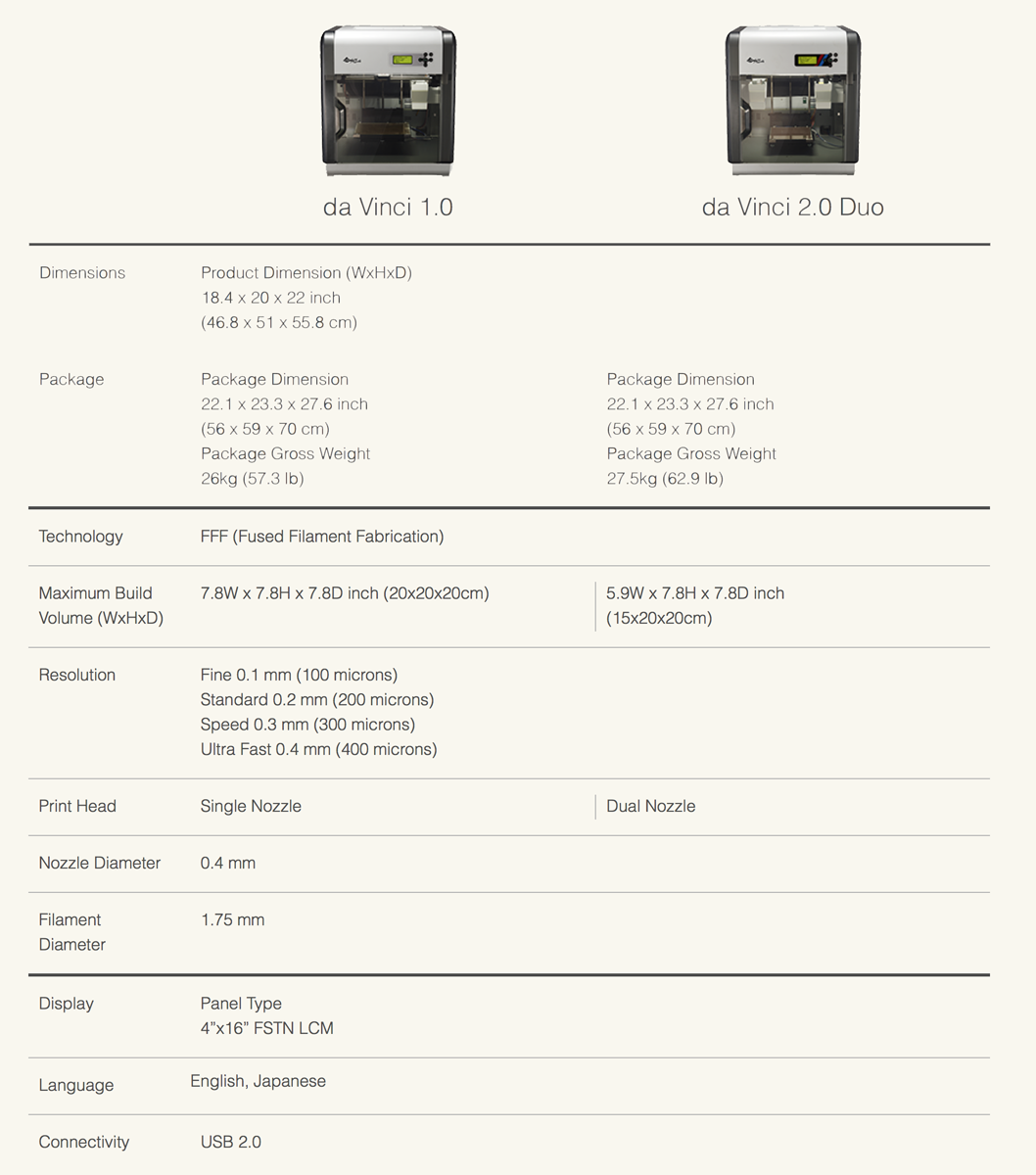 The CEO of XYZprinting, Simon Shen, accompanied the announcement of the new model by saying, “XYZprinting’s deep roots in manufacturing have allowed us to bring efficiencies to the design and manufacturing of the da Vinci 3D printer line, and we are passing these efficiencies on to our customers through pricing. Our goal is to provide world-class 3D printing models that allow for widespread adoption to drive the market, and innovation in the market, forward.”

Like the company’s other products, the da Vinci 2.0 Duo can be purchased on Amazon, Micro Center, New Egg, and Studica.  For 3DPI’s unboxing of the da Vinci 1.0, click here.