In the 18th century a small collection of some 6000 islands in the northern proximity of the Atlantic ocean was the unlikely location of possibly human history’s most important first technological leap forward. Those thousands of small islands have a larger landmass at their centre, host to many bays coves and tributaries that produced opportunity for a naval fleet that for 200 years beforehand quickly accelerated past those nearby neighboring super powers of imperial Spain and France to develop a global network of trade.

That important technological leap forward is now known as the First Industrial Revolution, and that collection of islands is know as Great Britain: Two terms that have touched the tongue of almost every learned person on Earth. That revolution in technology created innovative machinery such as steam engines for pumps, pistons, locomotives, steamships and unprecedented factories. It also catalyzed textile equipment that forged a world leading clothing industry, and tool-making processes that further perpetuated the rapid progress of new production methods that lifted first Europe, then the world, out of poverty and mysticism and into productivity and enlightened rationalism.

The largest, most powerful empire that the world had ever known emerged, accompanied by unprecedented technological progress. Britain lost it’s industrial lead during the Gilded Age of the late eighteenth century to a former colony that went on to far surpass the economic potential of those small islands, as the vast fertile plains and endless industrial potential of an entire subcontinent allowed the seeds of that First Industrial Revolution planted in the world’s oldest extant democracy to flourish in the land of the world’s first truly democratic founding constitution, the United States of America.

It was in Britain and the USA – alongside the rising nationalist state of late 19th century Germany – that the Second Industrial Revolution, or ‘The Technological Revolution’ occurred. Factory electrification, mass production and the production line were prominent production progressions that further enhanced manufacturing efficiency, output quantity and quality. The automobile, aeroplane, electronic telecommunications and much more evolved from the advancements of this era. But Britain maintained its position as the second largest economy in the world, as it did until the clash of the industrial titans in the Second World War. 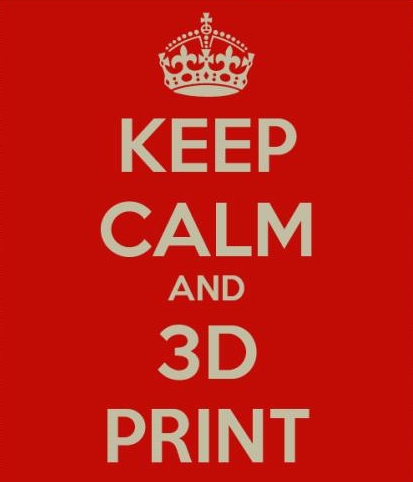 3D printing has been called the Third Industrial Revolution. The premise of the promise of additive manufacturing has been projected to disrupt traditional industry in a way not seen for nearly a century. Predictive methodologies are infinitely more advanced than the early years of the First or Second Revolutions, so, currently, an eerie exultant hype, aura of expectant excitement and an era of anticipation surround the potential of 3D printing. In the midst of this phenomena, the eye of the storm resides calmly over a number of level headed innovators in a number of start-up companies, who are gathering the ingredients for the 3D devices that will represent their nations in an Olympiad race to the pending marketplace.

As our very own Rachel Park, one of the world’s most experienced and knowledgeable 3DP industry media insiders, exampled recently in ‘Local 3D Printers Doing Well Locally’: ‘Both the Sharebot and WASP have sprung up in Italy. Poland is home to Omni 3D, Spain is the country of origin of the Witbox, while I have already covered the BeetheFirst developed in Portugal.The proliferation of extrusion-based “personal” 3D printers from all corners of the world is not that surprising considering the trajectory of the 3D printing industry. And each region is producing their own and will likely find most success within that region, while also harboring global dreams…’ 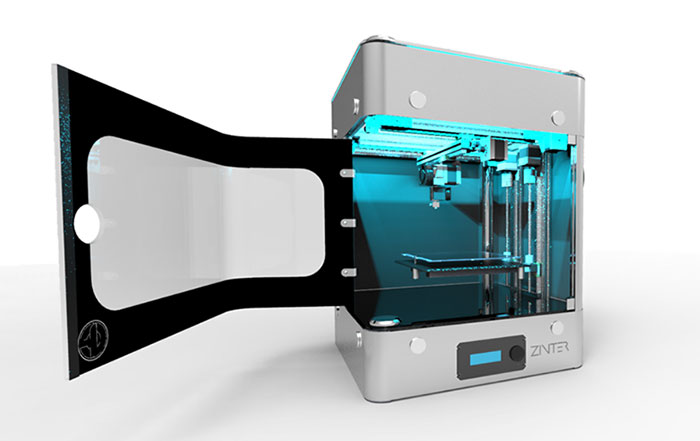 The United Kingdom has its own fair share of 3D printing manufacturing start-ups. Home to the RepRap project that kickstarted the whole new wave of home 3D printers thanks to the genius of Adrian Bowyer, now retired from his position as a Professor at Bath University and deeply engrossed in his RepRap Pro business, brilliantly producing new DIY kits and humbly allowing the limelight to pass over him to maker and marketing stars. But no UK pre-made 3D printer manufacturers, as yet, have anywhere near matched the success of MakerBot in the USA or Ultimaker in Europe.

Could this be about to change? Late last year I covered the Zinter in a broad article regarding aethetics and projected consumer purchasing considerations for home 3D printers here. Ion Core Ltd., manufacturer of the infinitely beautiful Zinter 3D printer, has been asked by the UK Trade & Investment government department to attend the CeBIT trade show in March 2014 to showcase the Zinter PRO 3D printer as an exemplar product of UK innovation and technology.

CeBIT is the worlds largest and most international computer trade show held in the world’s largest fair ground, Hannover, Germany. CeBIT boasts a floorspace of 450,000m2, some 900,000 visitors and 4500 of the world’s leading technology press attending the five-day show. This year’s show will see the UK act as a unique partner country celebrating relations between UK innovation and technology companies with the rest of the world. Ion Core will make full use of these additional opportunities as a flagship UK innovation company to showcase the Zinter PRO and create international partner links.

Ion Core, with their expert team will be located in Hall 9 as part of the UKTI stand, C44. I’ll leave you with the Zinter PRO’s specs and another shot of this fantastic looking 3D printer… 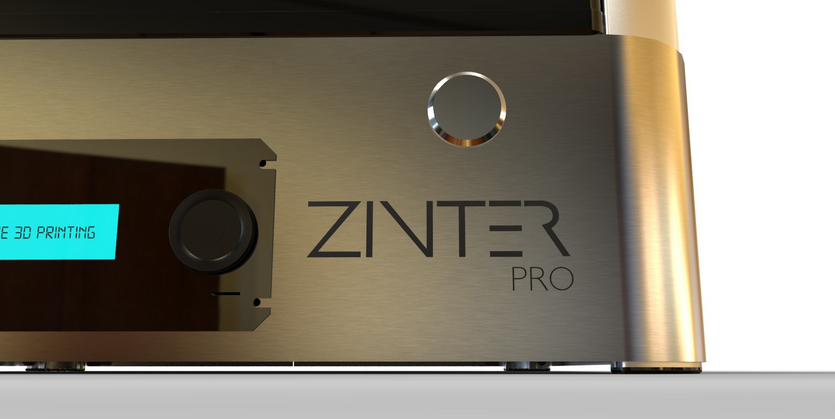