Among the most exciting product lines that Stratasys now offers, thanks to its merger with Objet, is the Connex series, which offers multi-color, multi-material 3D printing like no other on the market.  Now, Stratasys has just announced the latest 3D printer in that line: the J750, which is able to mix and match full-color gradients for realistic 3D prints that require no post-processing. This system is a big upgrade to the Connex3, capable of mixing three materials into one print, in that it can mix up to six different resins into a single print. 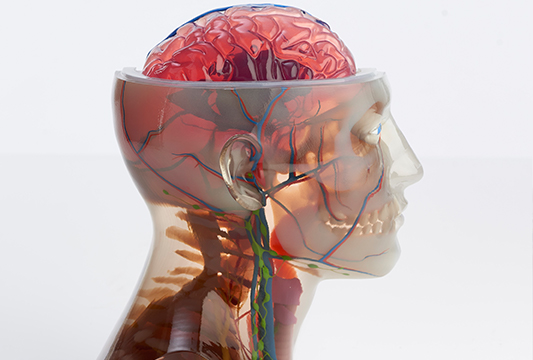 The J750 has a vast palette of over 360,000 different color shades, as well as a number of material properties, including rigid, flexible, opaque, and transparent. As a result, designers can achieve realistic prototypes impossible by any system on the market, though HP is promising that its MultiJet Fusion technology could be a contender. Along with the system, Stratasys has released the new PolyJet Studio™, which gives users the ability to choose materials, optimize prints, assign colors, transparency, and rigidity.  At the same time, the J750 is designed to be quicker and more efficient than previous PolyJet systems, due to newly designed print heads, resulting in twice the speed of Connex machines. 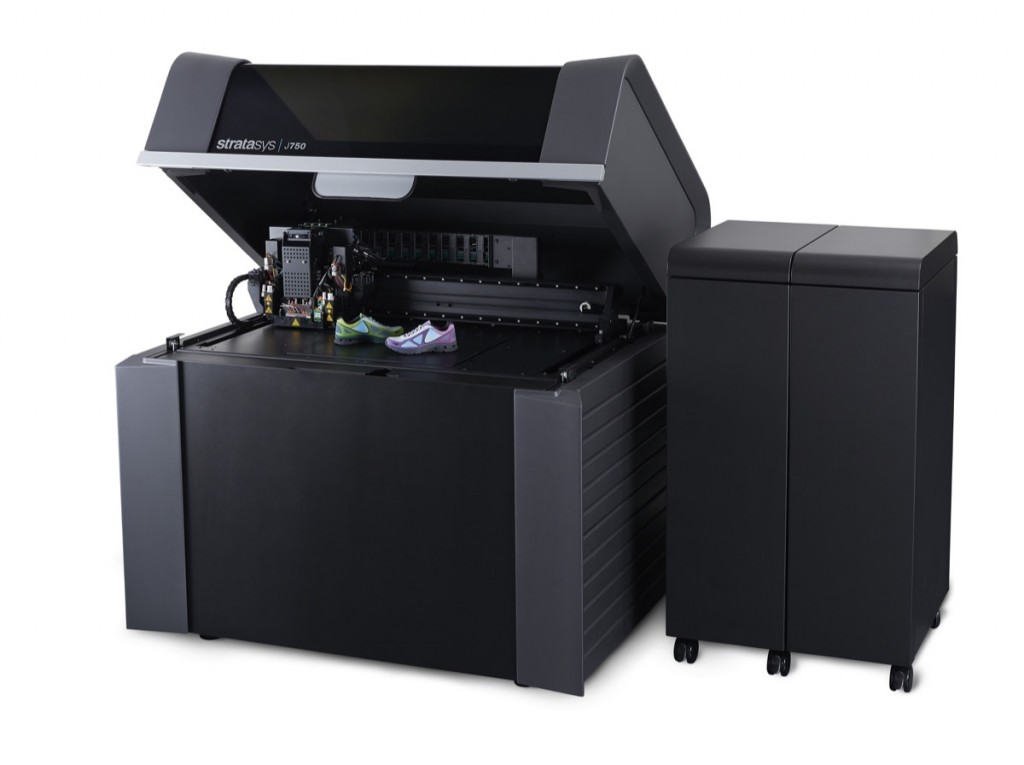 Josh Claman, Chief Business Officer at Stratasys, said of the new machine, “With the introduction of the J750, we are harnessing more than 25 years of experience to set a new historical milestone in 3D printing – reaffirming our commitment to keep our customers always on the cutting edge of innovation. With its one-stop realism, the J750 is quite simply a game changer. By combining full color with multiple materials and a streamlined workflow, it recalibrates the impact of 3D printing in the product development cycle. Informed design decisions can be made immediately after ideation. The time saved by eliminating the painting and assembly process can lead to faster product delivery times. And the fact that the J750 is a multi-purpose system that can also produce production tools, manufacturing molds, teaching aids, and other models raises the bar in 3D printing versatility.”

Brycen Smith, engineering technician supervisor for OtterBox, speaks of their use of the new system, saying, “We’ve used 3D printers for years, but nothing has come close to revolutionizing our design and ideation process the way the Stratasys J750 has. Stratasys allows us to innovate in ways we never thought possible and gives us the ability to create true product-matching prototypes and to cut down the time necessary to bring products to market. The Stratasys J750 is a game-changer for both OtterBox and the 3D printing industry.”

Stratasys PolyJet technology is easily one of the most impressive on the market and they’ve just outdone themselves with this latest upgrade. Now, we just wait to see if HP can compete. For further information on the J750, Stratasys has published an eBook dedicated to the topic here.