Though HP attempted to jump onto the 3D printing bandwagon early on, initially offering a  $17k 3D printer manufactured by Stratasys under the HP brand, they also lacked the wherewithal to go through with it, with the deal eventually falling through.  HP again stepped into the 3D printing market, with CEO Meg Whitman hinting that the company might get involved with 3D printing sometime in 2014.  As a further marketing tease, HP gave Wired writer Robert McMillan a tour of their HP Labs. McMillan reports that the 3D printer that HP’s got is a “monster”. 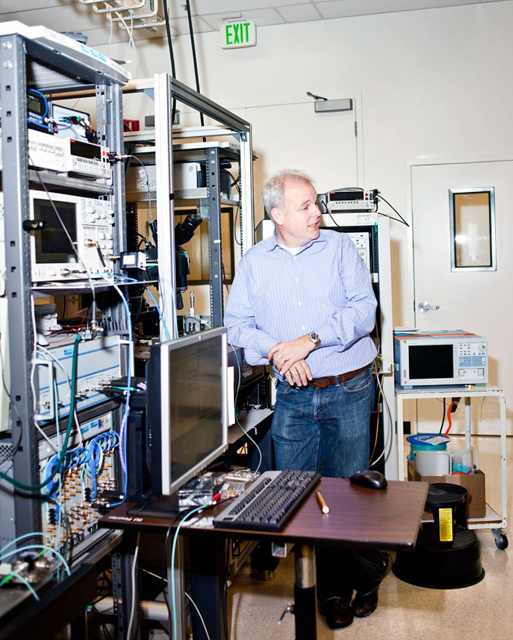 The writer wasn’t allowed to photograph the machine, but reports that it is a “five-foot tall giant of a machine cobbled together from existing jumbo-scale metal printing parts and some new custom-built equipment that HP isn’t ready to talk about.”  The giant is meant for printing out test objects using a polymer concocted by HP. The polymer, they’re hoping, is smooth and resilient, to take advantage of the need for 3D printing materials in the market.

Martin Fink, in charge of HP Labs and leader of McMillan’s tour, suggests that consumers will rely more heavily on 3D printing service providers, like Shapeways, because desktop fabricators are too slow and their prints are too unpolished. He also seemed to imply that HP would get into the service bureau business, saying, “That, we think, is actually a very, very viable market. Now how big do we need to make this [3D printer] for this type of market, that’s still to be determined.”

The company is currently working with its Barcelona and San Diego teams to get something ready for mid-2014. What it is that will be ready next year is still unclear, exactly.  A giant HP 3D printer with proprietary materials to run a cloud-based printing service? I’m biting my tongue about what will become of HP’s endeavours after seeing the CEO’s track record, and, as my Editor says, ‘in this industry, you can never say never’!