HP’s CEO Meg Whitman recently made a breakthrough, potentially paradigm changing announcement at the Canalys Channels Forum in Bangkok: “We are excited about 3D printing… we want to lead this business. HP Labs is looking at it…” HP plans to enter the 3D printer market in the middle of 2014, said Whitman. I have been speculating about this since I was a young man. And that increasingly feels like a long time ago…

As part of its ongoing RAGNAROK (Research on Advancing Glass & Non-organic Applications to Recreate Objects & Kinetics) 2012 project, HP Labs is looking at glass as a potential candidate for use in 3D printing. HP first ventured into the 3D printing space through an early partnership with Stratasys, which was created in 2010 to produce HP-branded 3D printers akin to the uPrint. The partnership ended in 2012, but HP’s R&D team has, unsurprisingly, continued to explore the many possibilities of 3D printing.

To quote myself last year at dimensionext: “HP has had some involvement with 3D Printers, in that it had an arrangement with Stratasys to resell HP-labelled uPrint 3D Printers, but only in Europe. It was kind of a strange test, that on the surface seemed to founder. This year [2012] it was announced that the two companies were terminating this agreement at the end of 2012. There are two possible conclusions. First, one could suggest that HP didn’t do very well in this market and thus decided to exit the market before taking more losses. The second possible conclusion is that HP used the Stratasys arrangement as a kind of experiment to learn more about the technology before launching its own venture.” 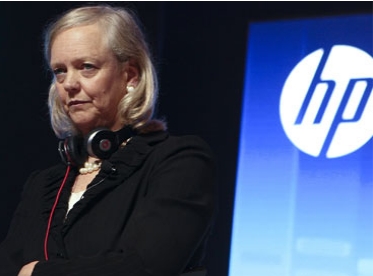 Whitman added that she does not expect 3D printing to become a big business very quickly. “3D printing is in its infancy.These businesses go along, get a little traction, go along, get a little more traction, then hit the knee of the curve.” Whitman expects 3D printing to reach its inflection point in three years. No further details about what kind of 3D printing product HP is developing were revealed, but Whitman said it will be a ‘new technology’. And this new technology will be shown off in mid-2014.

We’ll be waiting and watching….