At Google I/O in June, the multinational gave audiences a glimpse of a “working” prototype of Project Ara. Unfortunately, their modular smartphone, which will have its modules 3D printed by 3D Systems’ mass customization process, failed to fully launch and the audience was met with a frozen boot screen. 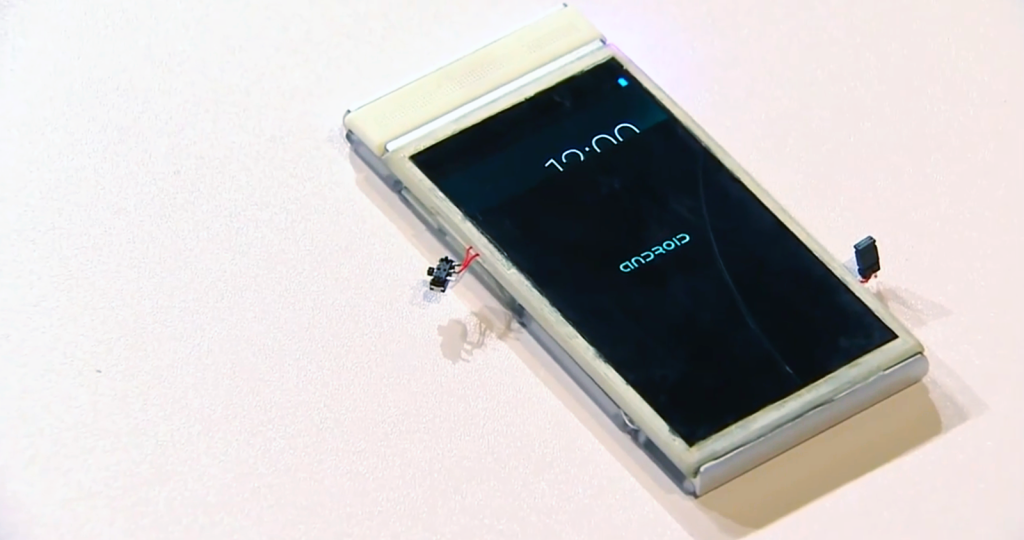 Ever the monstrous megabehemoth, Google isn’t one to give up.  NK Labs in Boston has been hard at work designing functioning components for the phone and Google has published a video of an actual, functioning prototype of Project Ara, that they’re calling Spiral 1. In the video below, you’ll get a glimpse of all of the core blocks needed to run the phone, including the battery, a USB charger, the application processor, speakers, and an LED module.  Then, watch it light up, swipe to the application screen, and launch the phone app.

As NK Labs explains, the Spiral 1 prototype has just enough room to include the most important modules, with only 50% of the phone available for the developer modules currently being created by independent Makers out in the world with phone’s developer’s kit.  The Spiral 2 prototype, which Google plans to show off at the Project Ara developer conference in January, will, thanks to custom chips designed by Toshiba, have a great deal more room for the developers’ phoneblocks.  Also at the event, the company will be focusing on the second generation of the Ara Module Developers Kit (MDK), version 0.20. 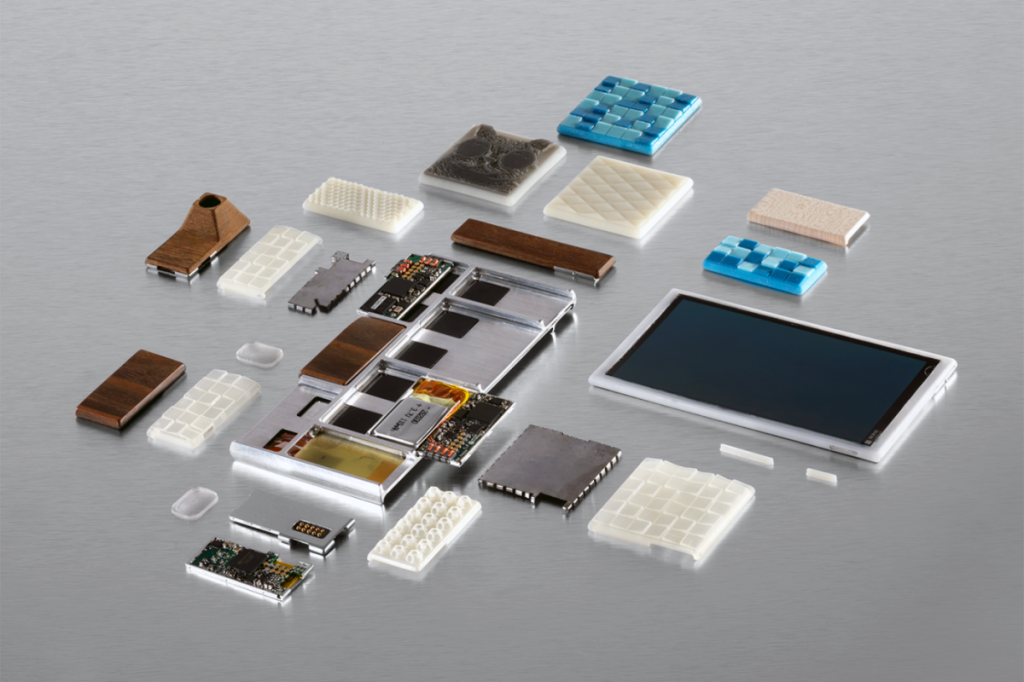 When Project Ara is ready for the world, the story goes that customers will be able to order custom phone blocks to install in their phone, including custom skins for the modules, that will be 3D printed on demand by 3D Systems.  The 3D printer manufacturer has developed a mass 3D printing procedure for building multiple objects at once using a rotating 3D printing platform, resembling a robotic assembly line.  If all goes as planned, you’ll be able to swap out phone modules, replacing your camera when there’s a newer, better one released, etc.  This constantly evolving hardware combined with constantly evolving open source software could, hypothetically, provide you with a new phone everyday.