A Reddit user posted a picture of his 3D printed Space Marine army for the tabletop miniature game Warhammer 40,000. The work-in-progress army isn’t perfect, but it’s close enough to the real thing that I would imagine Games Workshop – the games manufacturer – might start to get a little worried.

The growing popularity of 3D printing figures and armies for Warhammer games, to me, says more about the rapidly increasing prices of Games Workshop products than the current accessibility of 3D printers. Armies can regularly cost several hundred dollars, and, depending on the army being created, it can get uncomfortably close to $1000. The Redditer that printed this army said these models would have cost in excess of $300, and the army isn’t even complete yet. 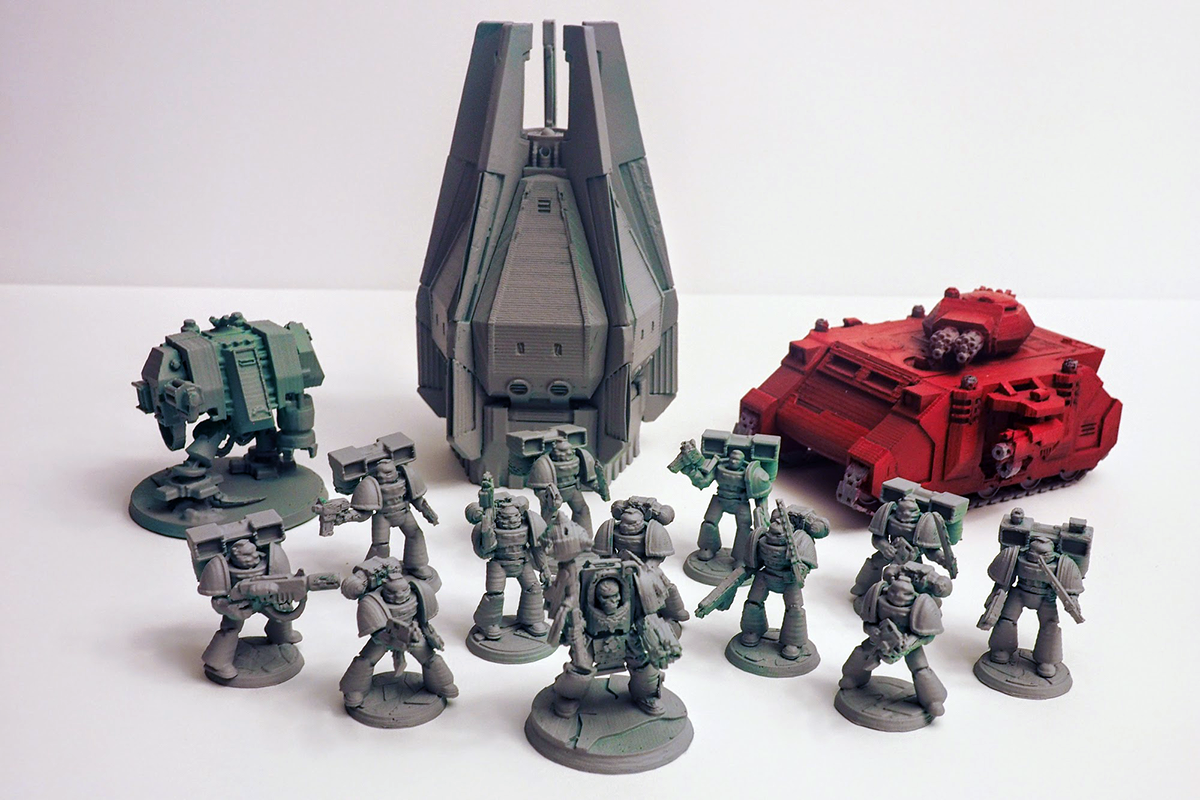 Being able to 3D print a complete Warhammer army has long been a dream for many a fan of the game, and quite a few manage to do it successfully. But realisticall,y the printers available today are simply not capable of producing the level of detail that the figures typically possess, so you can argue that it probably isn’t a huge concern at the moment. However, that is rapidly changing, not only with improving post processing methods and higher quality FFF/FDM 3D printers, but machines using light cured resins like the Form1+ from Formlabs are already producing models detailed enough to match the injection molded originals. It seems at this point the only things standing in the way are printer price and accessibility.

There will be a time when just about anything that is currently manufactured with traditional injection molding techniques can be duplicated with a 3D printer. This may not happen for a few years, or even a decade, but it will happen, and the manufacturers who own trademarks on replicable products will be forced to respond in some way. This is a legal showdown in the making, and it makes sense that the first companies to have to deal with it will be industries that have a significant user overlap with 3D printing enthusiasts. 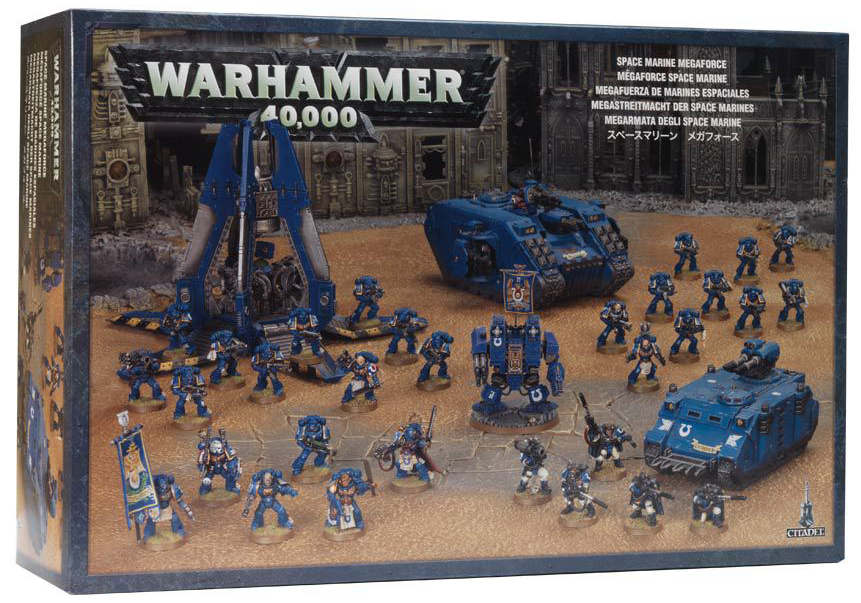 Games Workshop is notoriously litigious, and it would not surprise me if several of the 3D model marketplaces that host Warhammer models have already received takedown notices from their lawyers. This is a company that tried to sue the makers of a fan film and copyright the words “Space Marine” — so they have lawyers and they are not afraid to use them. But the models are still there, lots of them. And I suspect that they will not be going anywhere any time soon. I’m not a lawyer, but provided there is no money being made from them I’m not sure what can be done about it.

It will be interesting to see where a company like Games Workshop goes from here. Will they begin to attack the people who design and trade 3D models of their products and trademarks similarly to the music industry? Or will they do what Hasbro did a find a different way to deal with the problem?

For years the 3D printing industry has been quietly holding its breath, waiting for a large company to sue over trademarked products being replicated on a 3D printer. I’m fairly familiar with Games Workshop, both as someone who owns quite a few of their products and as a former retailer who dealt with them on a regular basis. I’m not going to put money on it or anything, but it wouldn’t surprise me if one of the first big 3D printing trademark legal battles is waged by them.