I’ve scoured the web for some of the best 3D printable All Hallows Eve costumes and decorations available, including the winners of My Mini Factory’s Halloween contest, Cuboyo’s Halloween Challenge and some creepy props from 3D modelling maestro Don Foley. There is still time to 3D print yourself a Halloween costume or some decorations. Because I’m a nice guy I did all the work for you and found you some of the best that the Interwebs have to offer 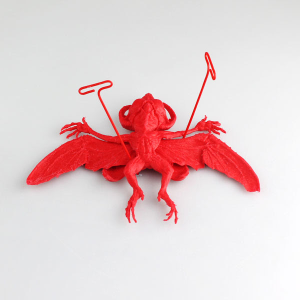 3D model marketplace My Mini Factory uses just about any excuse to hold a model design contest, and while they always manage to find some great models, their Halloween Design Competition produced some exceptional entries.

The winner of a brand new Flashforge Dreamer 3D Printer is Sam Rowan, whose addition to the Curiosity Cabinet was the most downloaded competition entry. The creepy model is called Specimen 165b (Lucanidae Chiroptera. loc: Guatemala) and it would make a pretty great addition to any goth kid’s bookshelf. 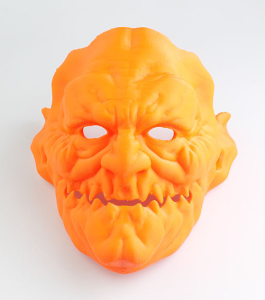 The staff pick was Tom Stanton for his full-sized Demon Face Mask. The mask can be printed in one part, or divided up into four parts for smaller printers. Both models can be downloaded for free.

This must have been a very tough contest for the My Mini Factory folks to judge, because there were tons of fantastic entries. My personal favorites are this cool Witches Spell Book, this creepy Plague Mask, a gross Macaw Skeleton and this pretty amazing Skull Lamp. 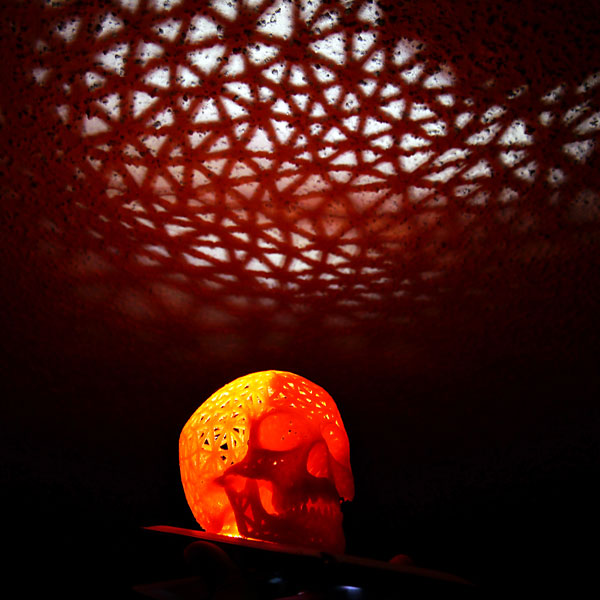 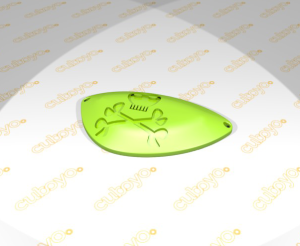 Bespoke’s Cuboyo 3D model marketplace is one of the smaller 3D model services and the winner of their Halloween Challenge was a little less exciting, but infinitely more useful. People looking for a quick costume idea are probably not going to 3D print anything complicated, but a simple Pirate Eyepatch is perfect if you need something last minute.

And because it seems that you can’t talk about good 3D designed props without mentioning him, Don Foley has posted a free set of 3D printable Chains and Skeleton Keys on his website. And because Foley is such a good guy, he even tells you how to print, assemble and paint your chains so they look exactly like the real thing. 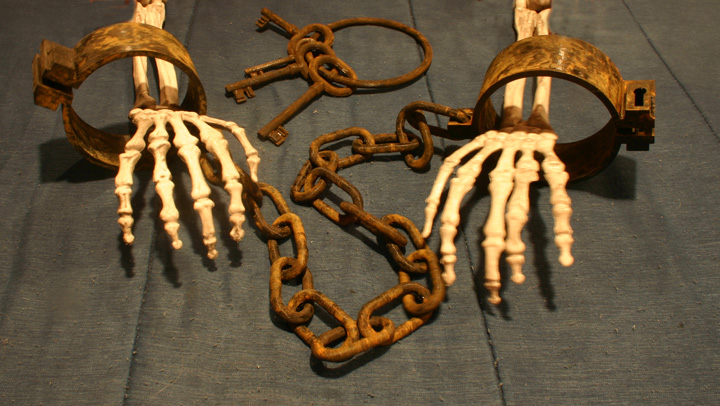 While they didn’t have a design contest this year, Shapeways had a pretty good selection of Halloween stuff available including a great ring that looks like a set of pointy teeth and a unique Shot Glass Crawler. Not to be left out, Thingiverse had a huge selection of Halloween themed models this year. Some of the better options that I saw was this set of Bugging Eyeballs, this neat Spider Web Candle Holder, some tasty Halloween Cookie Cutters and this rad Alien Chest Burster.

Did I miss anything awesome? Post your picks for the best 3D printable Halloween props and costumes in the comments, or feel free to tweet me @SJGrunewald!