April is THE Month for 3D Printing Events

This month is going to see a fair few air miles racked up by many into 3D printing as it seems to be the optimum month for events across the industry.

First up is a new event in Amsterdam, although it is unclear as to whether this will be an annual affair. ‘XYZ Shaping Free Dimensions’ has been put together by Ground3D, a Netherlands based organization with a broad scope focus on 3D printing. This event is reportedly the first of its kind in the city of Amsterdam and is bringing together the great and the good when it comes to 3D printed, creativity, art and design. The exposition opened Saturday past and will run through until 2nd June. Highlights on show include 3D printed master pieces from Ilse Vermeulen, Eric van Straaten, Nick Ervinck and Joshua Harker. Materialise, the Belgian 3D printing company will also have a presence with designs from the exclusive .MGX collection from top designers that include Xander Lust, Jiri Evenhuis, Janne Kyttanen, Bathsheba Grossman, Patrick Jouin, Peter Jansen, Luc Merx and award winning designer Arik Levy.

Today and tomorrow will also see the dedicated Rapid Prototyping 2013 conference running in the same city with the headline Driving 21st Century Innovation and covering key issues facing the development of effective, efficient, sustainable technologies and processes across industries including the automotive, medical, aerospace and consumer goods and devices.

Next week brings a couple of events and unless you have a time machine you will have to make a choice. 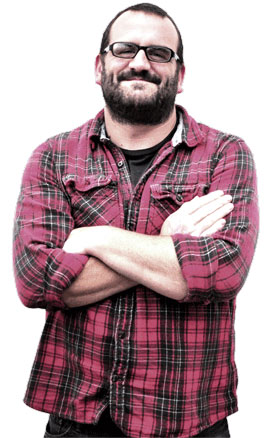 Develop3D Live, hosted by the publishing team behind the very popular Develop3D magazine, is into its second year following a successful inaugural year in 2012 and will once again take place at the Warwick Arts Centre at the University of Warwick in the UK. It starts on 15th April with an evening networking event, with the main event on 16th April. This is not an event that is ALL about 3D printing, rather its scope is 3D product development, but the tech certainly gets a great profile within this scope and is the richer for it IMO. The event has grown significantly by all accounts with more exhibitors, more presentations (going to be hard to choose) and more networking opportunities. Highlights to look for include Ping Fu (Geomagic/3D Systems), Tom Lawton (British Inventor), Brad Peebler (The Foundry), and Editor-in-Chief himself, Mr Al Dean. I’m hoping that they are filming all presentations again this year because there are three running concurrently that I really want to see.

Talking of concurrent, the same week sees the AMUG hosting its 25th edition (14th -18th April), this year in Jacksonville, Florida, USA.  This one I will, again, have to cover from the sidelines as press invitations are very few and far between and I didn’t make the cut. I have never heard anything but good things about this event though. It is ALL about 3D printing and additive manufacturing – run by users of the tech for users of the tech. It provides a solid week of in-depth knowledge and sharing. Well, maybe it’s not ALL 3D printing, I believe there is a heavy emphasis on the social side of things …. enjoy peeps!

The end of the month brings the first ‘Inside 3D Printing’ event in New York – this one is getting a great deal of attention, as is typical for inaugural events. The location together with the impressive speaker line-up and the array of 3D printing players – large and small – is all sitting well with the industry and it will be interesting to see who comes through the doors and in what numbers. It is billed as a business to business event and, indeed, the business of 3D printing seems to be the order of the day. Definitely not one to miss I think.