At CES 2016, MatterHackers is showcasing their latest 3D printer controller, the MatterControl T10.  An upgrade from the previous MatterControl Touch (T7), the T10 brings several improvements for 3D printer owners still relying on tethered 3D printers, making it the ideal accessory for RepRap owners and owners of numerous new machines that have yet to install WiFi or onboard controls. 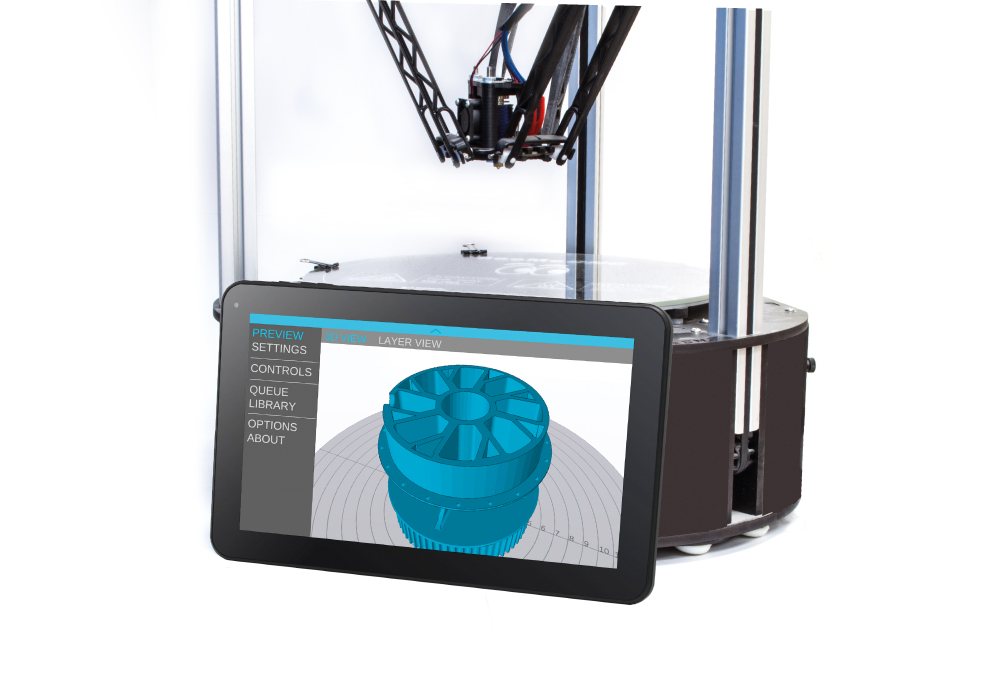 MatterControl T10 improves upon its predecessor with a larger, higher resolution screen, growing from 7” to 10.6” with 1366 x 720 resolution.  On top of that, its more powerful processor speeds up slicing and WiFi allows for remote control, in addition to access to a cloud-based library and the ability to monitor prints via onboard camera. CEO of MatterHackers, Lars Brubaker, said of the new product, “When we launched the original MatterControl Touch just under a year ago, the reception we received from customers was fantastic. The T10 is an exciting addition to that family of products which we hope will continue to delight 3D printer users. It’s physically bigger and computationally more powerful than the original T7 but with the same easy interface and great features.” 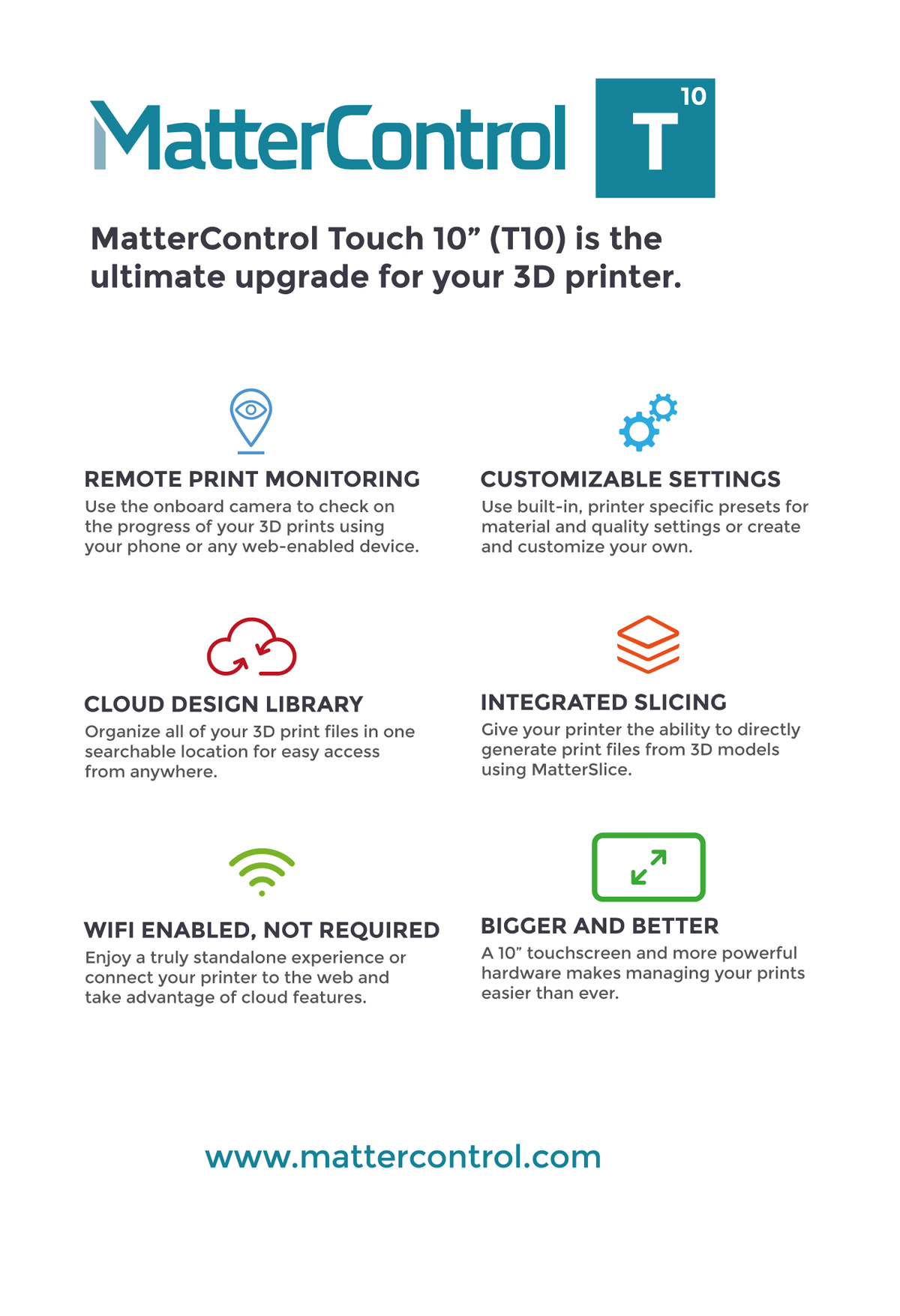 The MatterControl T10 is currently being demoed at CES in the 3D Printing Marketplace, where users can try the device out first hand.  Though the price has not been revealed, the T10 is set for retail release in mid-February at the Matter Hackers website, So-Cal showroom, and through online retail partners.  Manufacturers can contact the company to get the T10 or T7 into their next generation of 3D printers.