3Dagogo 3D Model Repository a Go or No?

With 3D printing now in the public’s eye, it’s no surprise that we continue to see significant numbers of start-ups emerge to see if they can get a piece of the action. So, naturally, there will be a huge variety of commercial entry-level manufacturers, service bureaux and 3D model repositories. But, these days, if you’re going to try to make it into the 3D printing marketplace, you’ve got to stand out from the growing crowd. Take a look at 3D model repository, 3Dagogo, and let us know if you think it passes the uniqueness test. 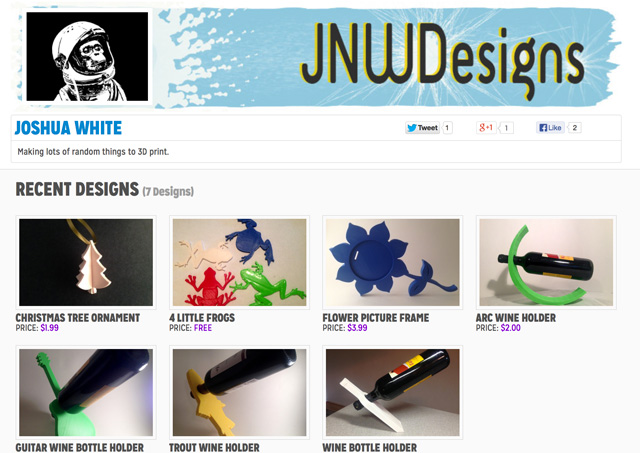 3Dagogo, like its biggest, most established competitor, Thingiverse, already hosts a range of 3D-printable files, from Jack-O-Lanterns to snowflakes. The site, allows users to create their own storefronts, complete with store banner, profile pic and room for a bio. According to the site’s CEO, Drew Taylor, “storefronts give outstanding designers a platform to display their work and take ownership of their own brand.” Additionally, the site claims to offer “proven-to-print designs”, not unlike the verified prints of another, previously mentioned, 3D model site.

Though they’re certainly not the first 3D model repository to sell files, what may set them apart is that 3Dagogo also gives users the ability to charge for their prints using personal, business and commercial licenses. Customers can purchase a personal license to print a limited number of copies of an object, for a small fee, a business license for 1,000 copies that may be given away but not sold, or a commercial license, which allows customers to sell or give away up to 2,500 copies. To sell on 3Dagogo, you can request an invite. Afterwards, you have a chance to begin selling, making 70% of the total profit made from you downloadable designs, as well as the ability to make a customizable storefront.

Apart from these licenses, it’s difficult for me to determine what might contribute to 3Dagogo’s longevity. Gauging by the unsuccessful Kickstarter campaign, covered by Juho in April, it’s possible that others failed to see the uniqueness in the 3D model repository. Still, the site is in its infancy and I’m not one to judge a project before it’s fully matured. Once upon a time, even my own RealityTM Institute wasn’t the shining example of success you see today.  If I’d given up when people said it was “just another” service institute dedicated to determining the realness of things, I would probably be writing about 3D printing somewhere!