The youngest dinosaur fossil known to the world of science is that of a Triceratops, found in Montana. That specific skeleton belonged to one of the last living dinosaurs to walk the Earth, before their extinction, 66 million years ago. Then, came the sudden violent catastrophe that eradicated all the great lizards. Now, a newly discovered member of the Ceratopsian family has been resurrected using 3D printing and laser scanning technology. 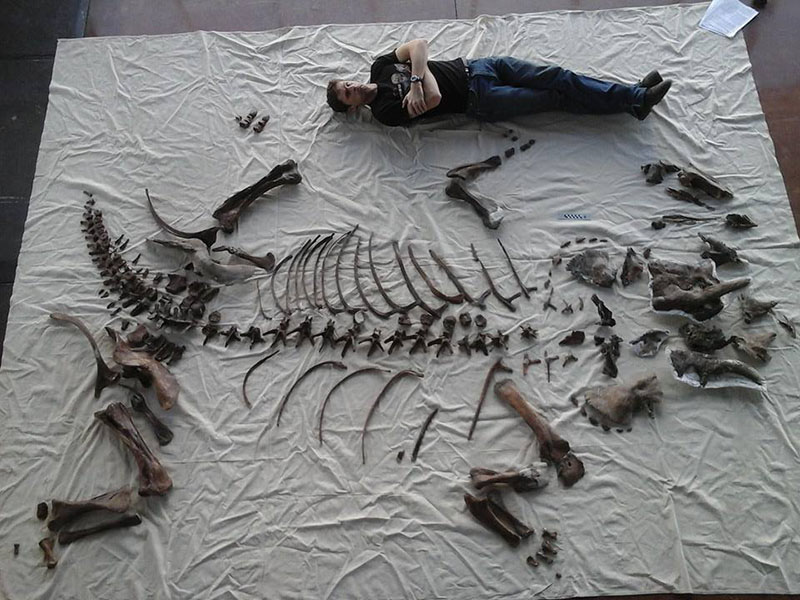 In a press release, it was announced that “the team of paleontologists at Triebold Paleontology, Incorporated, headquartered in the Rocky Mountain Dinosaur Resource Center, is proud to announce the unveiling of a new species of Ceratopsian dinosaur.  This dinosaur has no scientific name assigned yet, but has been nicknamed ‘Ava.'” The Ceratopsidae species of dinosaur roamed what is now Western North America during the Cretaceous period – roughly 145 to 66 million years ago. Herbivorous and quadrapedal, they also touted elaborate and varying numbers of horns, frills and rows of plant ripping teeth. While the Triceratops, with its three massive horns and frilled head, is the undoubted celebrity of the species, there were actually quite a few different Ceratopsians, of varying sizes, horn numbers, and frill shapes. Ava would be classified as a smaller member of the family – yet still massive, with a skull over a meter in length. The largest of the family were truly enormous – with bodies 30 feet in length. 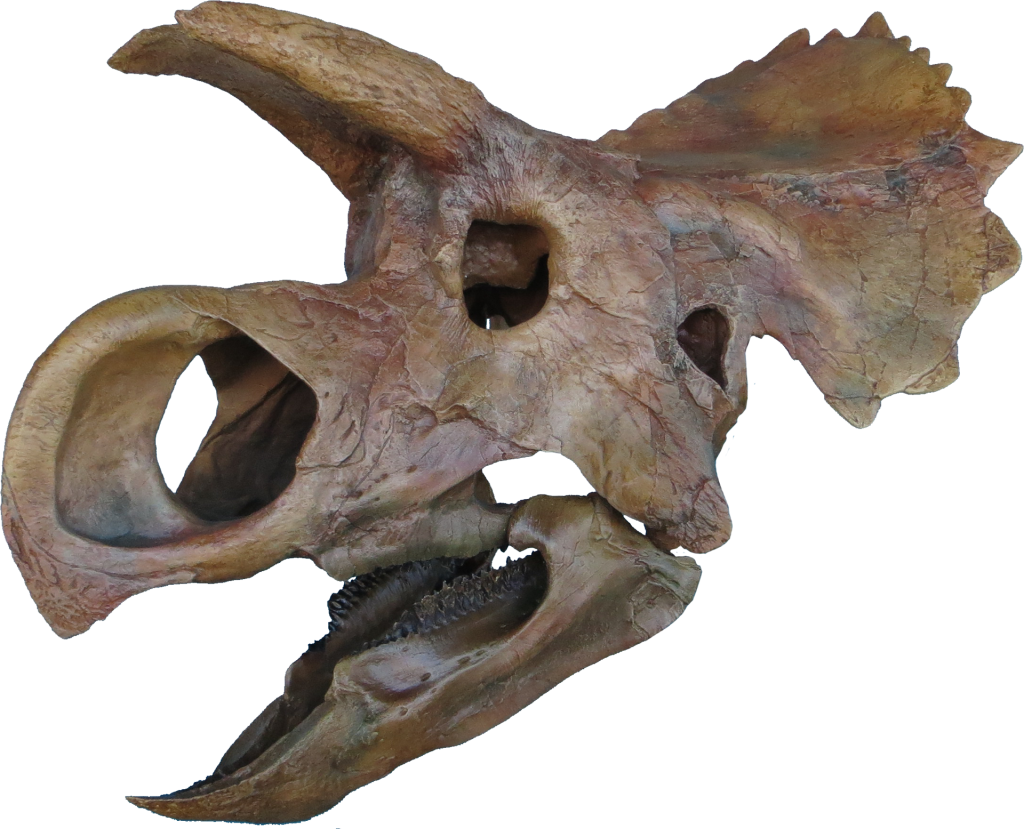 The nearly complete skeleton was discovered in the Hell Creek formation, a paleontological gold mine that spans Montana, the Dakotas, and Wyoming. A treasure trove of fossil finds, Hell Creek has yielded ancient fossilized creatures and plants of all kinds – from dinosaurs to birds to turtles. But Ava was an incredibly rare find. The 80% whole skeleton was painstakingly and precisely restored. There were only a few missing pieces, and those were recreated using laser scans and 3D prints of the corresponding skeletal segments. The fact that nearly every missing piece had a matching opposite-side segment in tact means that Ava is one of the most accurately recreated dinosaur skeletons in existence.

3D printing has allowed paleontologists to recreate the past in a way that was simply impossible 30 years ago. By filling in the missing pieces that have been erased by time, a new creature has emerged. One of the last living dinosaur species has now become one of the first fully restored, partially 3D printed, and simply amazing exhibits.