Netherlands based manufacturer of entry-level 3D printers, Ultimaker, is planning on making more of a splash in the UK in the near future. The plans to do so involve establishing a distribution centre in the northern English county of Lancashire. Ultimaker has always had a strong emphasis on community – specifically of their users — but in anticipation of the new centre the guys are employing an alternative community outreach programme. They have become a sponsor for Lancashire’s premier business awards, taking place later this month in Blackpool, and are backing the Business of the Year category at the annual Be Inspired Business Awards, or, as they are also known, the BIBAs.

Ultimaker’s co-founder Martijn Elserman told the Lancashire Evening Post that the company was aiming to replicate its success in his home country. He said: “UItimaker is about delivering cutting edge technology to people at an affordable price; we believe everyone should have access to 3D printing technology. We are committed to making 3D printing better, faster and simpler, and we have already shipped thousands of them across the world, and we are looking forward to bringing this to the United Kingdom next. Our ambition is to open a distribution site in Lancashire, which we feel is perfectly suited to meet our needs of accessing the UK market.” 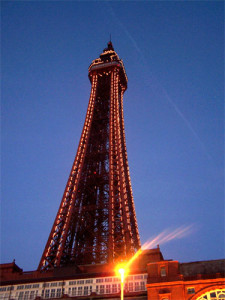 Babs Murphy, chief executive of the North and Western Lancashire Chamber of Commerce, commented on the community input from the 3D printer manufacturer: “We are delighted that Ultimaker has agreed to join this group and we look forward to celebrating the success of the cream of the county’s business community with them.”

The awards will be held at Blackpool Tower on Friday, 20th September.

Ahead of that, back over in the Netherlands, the Ultimaker community building continues. The next Ulti-Evening is set for next Monday, 9th September, and will take place at ProtoSpace in Utrecht. Ultimaker users are invited to join in the networking opportunity, with or without their 3D printers, and to benefit from presentations from Erik Swetter, of 3D Hologrammen, who will share developments at his business and the great stuff he is making and selling at his store; and Gijs de Zwart, winner of the recent Grabcad challenge, who will talk about, and demonstrate, his design ‘Bubblox’ with which he won the first prize.