I know what you’re thinking. When’s the next Monster Cat album coming out? Well, Monster Cat fans, since the launch of their first album for free download on The Pirate Bay, the Singaporean indie rock group has been working on putting together a lot of sweet swag, including a 3D-printed monster, to go with the launch of their second album… only, they don’t have the money to produce the album yet.

Turning to Indiegogo, Monster Cat is another musical group that hopes to use crowdfunding to create music funded directly by the music’s fans.  By contributing to their $10,000 campaign, you are cutting out the middleman of large record producers and studios and becoming a part of the music you love.  In return, not only do you get to download another album made by a band you love, but you get any number of cool rewards.  In addition to Monster Cat t-shirts, secret demos, a camera with autographed photos, and, even, one of the band members’ guitars, your donation can earn you a 3D-printed monster. 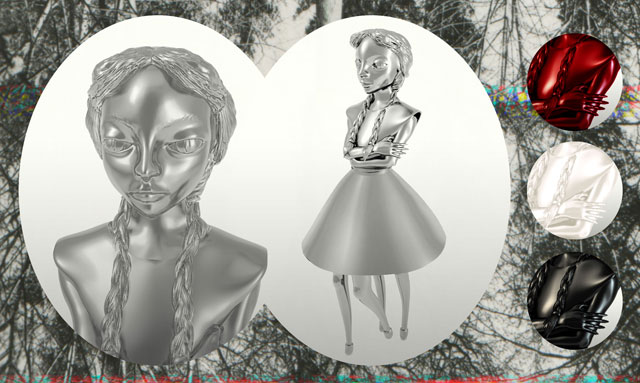 The “Creature”, inspired by one of Monster Cat’s singles, is a limited edition, ABS statue of a girl-like abomination with cat eyes and four hoofed legs produced by Singapore-based 3D printing studio TINKR and designed by artist Izyanti Asa’ari.  With a donation of $150 to the Indiegogo campaign, you will receive one of 8 12 cm-tall Creatures made in glossy black, red, or white. A $350 donation gets you a 20 cm-tall, hand-painted Creature hatching from her shell.  There will only be one of this hand-painted figurine, described by TINKR as “part girl, part freak, but all awesome”, ever produced.  So, if you’re a fan of the macabre and supporting the arts, you’ll have to act quickly; there’s only 10 days left to go in the campaign. 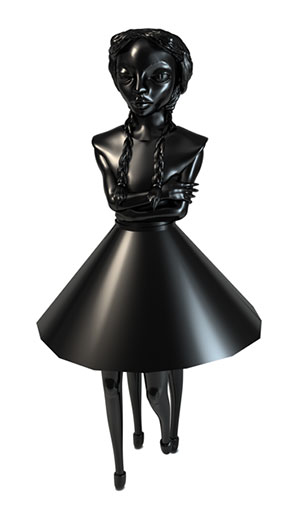 Inspired by all of the Maker activity covered in Wired, Freda and Xiao Hui, the collaborators behind TINKR, decided that they wanted to bring 3D printing to Singapore, telling the blog Singapore Makers, “We wanted to spread the makers gospel and kickstart a design and experimental culture in Singapore. And when Bre Pettis started making headlines, we knew we had to get our hands on a 3D printer!”  With backgrounds in 3D design, motion graphics, and event planning, TINKR has been able to produce jewellery, figurines, and décor that they hope will bring experimental culture to the island.

If you happen to be in town for the Inside 3D Printing Asia-Pacific conference, taking place in Singapore in early October, you may want to stop by their shop and see what sort of developments are cropping up across the grassroots Maker in the area as well.