NASA has been at the forefront of technology and research for decades now, and besides working on awe inspiring space missions, the organization is also keen on sharing their findings for educational purposes and explaining complex issues for a new generation of tech enthusiasts and engineers. Tom Soderstrom, the IT Chief Technology Officer at NASA Jet Propulsion Laboratory (JPL), shared some of his thoughts on the fast developing areas of technology at the recent Premier 100 conference and looked ahead to how these developments can and will be utilised in the future. 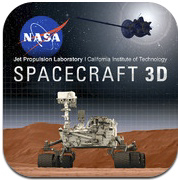 JPL is working on various development projects or “petting zoos” as they are called, which the organization has been fostering across five separate locations over the past four years. Soderstrom highlighted augmented reality and 3D printing as two technologies that are of special focus for JPL, and for which the interests are twofold.  One key driver is to foster innovation within NASA and JPL’s own organization for their internal development purposes and secondly to educate and excite a new generation of students and potential engineers about the work they do.

Soderstrom is spending a great deal of his time at schools educating students about the work NASA is conducting, in particular at JPL. One of their latest app developments included the Spacecraft 3D, which allows you to see what different spacecraft look like in 3D and play around with different angles utilising the augmented reality technology. This app works much like many other 3D apps, whereby you point your smartphone camera at a card that contains the information of the object that will be superimposed on your display as a 3D image. 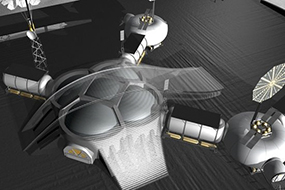 3D printing is another area where JPL is keenly investing its efforts according to Soderstrom. During the Premier 100 conference, he demonstrated some 3D printed plastic tools that were made with commonly available desktop 3D printers.  3D Printing Industry has covered NASA’s ambitions on their future space missions in previous articles, which point to the ability to be able to make tools and spare parts in space being very high on their agenda.

As for Soderstrom, much of his well-placed attention is focused on getting young people exited about these fast-developing technologies. “Both augmented reality and 3D printing could be effective in education settings. Students could learn how tools and devices look and feel and how to design them with software,” he said.