TAZ – LulzBot’s Newest 3D Printer is All Grown Up 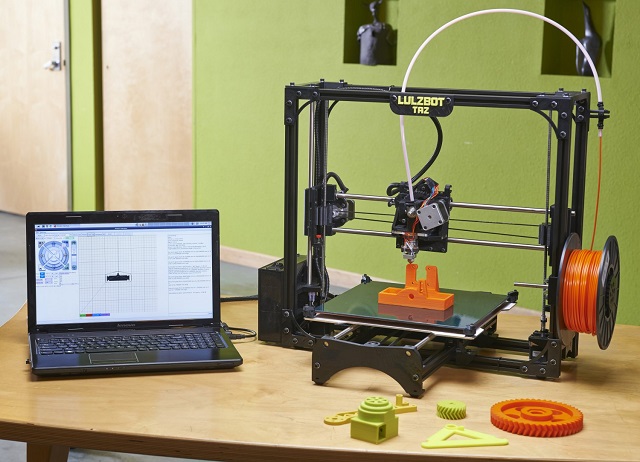 Even though the max print volume has increased significantly, the TAZ (I’m liking that) can still fit on a normal desk – its dimensions are 680 mm x 520 mm x 515 mm (26.8” x 20.5” x 20.3”) and it weighs in at 11 kg (24.25lbs). The new hardware also includes an improved budaschnozzle hot end, which we reported on last week. Other tech-related specs such as the resolution i.e. layer thickness range or the max print speed haven’t changed (even though the print tolerance in X & Y axes is now down to 0.1mm from 0.2mm), but on the surface the filament spool has found a better place compared to the one it had on the AO-101 – something that caused me some disintegration problems when testing it earlier this year.

One thing also worth mentioning is that the company now ships from different continents as well – with distribution centers in the US, Canada and the UK, which should enable fast delivery times of the actual 3D printers, but also when ordering parts/components/filament etc. Ready to order? Be aware that the significantly grown print volume and new parts have had a impact on the price as well – TAZ retails at $2,195 compared with $1,725 for the AO-101.