3D Systems has had a busy start to this year – after showcasing their 3D content to print portfolio at CES 2013. The next task will be to clear their already quite packed trophy room for more space as the best of CES award for hottest emerging tech was awarded to 3D Systems for its CubeX printer. The reasoning behind the widely recognized CNET-organized award was clear – a 3D printer being able to print objects as big as basketballs in a tri colour scheme was enough to convince the panel of judges.

3D Systems’ President and CEO, Avi Reichental was thus once again offered the possibility to practice his award speeches. He stated; “We [here at 3DS] are dedicated to bring 3D printing out of emerging tech and into the mainstream in homes, schools, and workplaces everywhere with our easy-to-use, consumer 3D printers.” 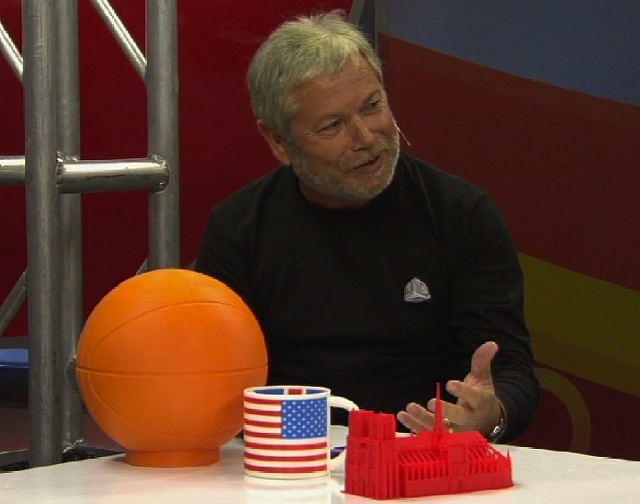 When 3D printing will actually cross over from ‘emerging tech’ to mainstream is impossible to pinpoint and the time frame is pretty much anybody’s guess. However, 3D Systems can nevertheless already be described as a behemoth of a company in this sector, but as new 3D printing players are still eager to hit the market as we’ve already seen in the first couple of weeks of 2013 — especially in the prosumer segment with a focus on quality and price — they might face tougher competition than ever this year. We will offer you the front seat in all of this upcoming action – so remember to stay tuned!

But as of right now, if you want to feast your eyes on more visual and moving content, the CNET interview with category winners, including Mr Reichental, can be found in the source link. Or, if  you want to see all of the winners with a breakdown for each category, that link is also provided below.