Bioprinting companies can be successful at start-up investment conferences, although they are sometimes outshone by more immediately accessible products. Bioprinters have the potential to drastically change life expectancy and quality in the long term, but can “only” help out with scientific research in the short term and that, often, is not exciting enough for start-up awards.

That was not the case at the recent SVOD (Silicon Valley Open Doors) Europe, an investment conference that began in 2005 and went global in 2015. The event then came to Europe for the first time in an effort to connect the Eastern European tech community with more established ecosystems. This year, the event took place in Ireland and “local” startupper Jemma Redmond took home the top prize with the Ourobotics 10 material 3D bioprinter. 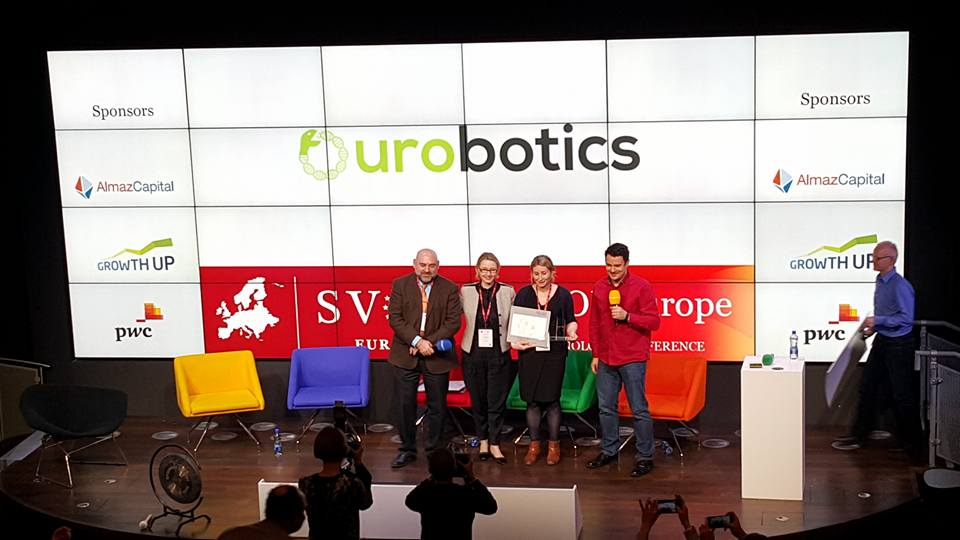 I have been following Jemma and her team’s progress, from the pre-conference preparation all the way up to her presentation, via Facebook feed and other updates. The event took place at Google’s Dublin HQ and the winning team received, among other things, $5,000 in Google Adwords credits. Clearly happy about this success, Jemma told me they faced off against 25 other teams.

The three winning teams now get to pitch their project again in Silicon Valley, at Google’s Mountain View HQ. If Google’s founders ever want to create something remotely similar to the Ex Machina robot, they should definitely give 3D bioprinting a chance.