Euromold is upon us and the news start slowly pouring out from some of the industry biggest innovators. One of them is Sharebot, the young Italian company that just seems unable to stop tinkering with every possible 3D printing technology available today. Not content with its FFF line up (the Kiwi, NG and XXL, with Q on the way), DLP (Voyager), and the upcoming SLS model (SnowWhite, now available for pre-order), the Sharebot R&D team just announced Andromeda, a new SLA 3D printer with a hefty 25 x 25 x 25 cm build volume. 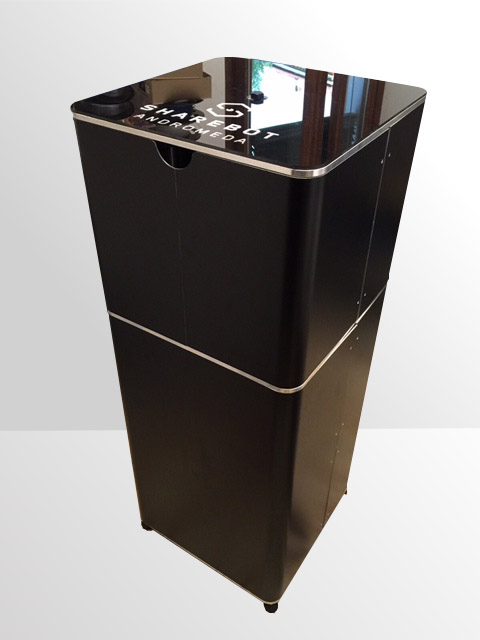 In general, pure SLA (stereolithography) technology uses a laser beam to cure photopolymer resin, instead of a projected light image of the object’s slice, as in its DLP variant. This means that it can produce larger objects with finer resolutions at a lower cost.  Sharebot’s has targeted large jewelry and dental productions (through microfusion post processing), as well as mechanical components (through an ABS-like resin) among the possible users of its Andromeda system. Potential customers will be able to see the new 3D printer, along with the rest of the line up, at the upcoming industry shows, starting with Euromold tomorrow and continuing on with TCT+Personalize in Birmingham at the end of the month. 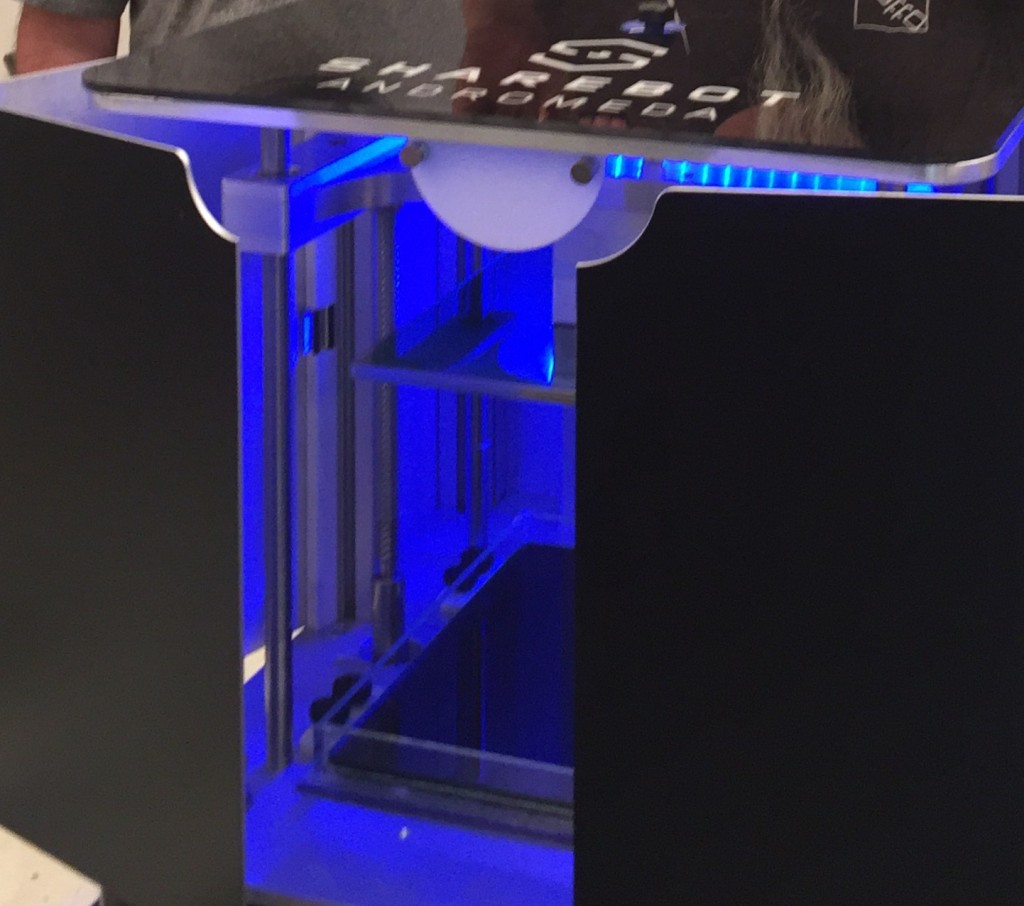 Sharebot’s CEO Arturo Donghi said the 3D printer will present a new, proprietary version of SLA technology – with several patents pending – which is capable of curing large size objects to a resolution of 10 micron and up to 5 micron on the Z axis layers. While the price is yet unannounced, Sharebot said its 3D printer will be accessible to small and medium enterprises, as well as artisans. It will, thus, be on display at the both the MakerFaire in Berlin (as Sharebot has already opened a German division) and MakerFaire Europe in Rome. All the main polymer-based 3D printing technologies are now covered, what will Sharebot think of next?