Among the most fascinating uses of 3D printing, in my opinion, are those where this modern, mechatronic technology is implemented to improve upon centuries-old production methods. In a way, artisans were the Makers of the past and, in this sense, Italy has been, for a long time, a country of Makers and distributed manufacturing. Sharebot, one of Italy’s leading 3D printer manufacturers, recently saw its newest 3D printer, the 700 mm wide XXL model, used by local design studio Nespoli&Partners to create a replica of a “boiserie”, an intricate wood paneling popular in seventeenth and eighteenth century French interior decoration. 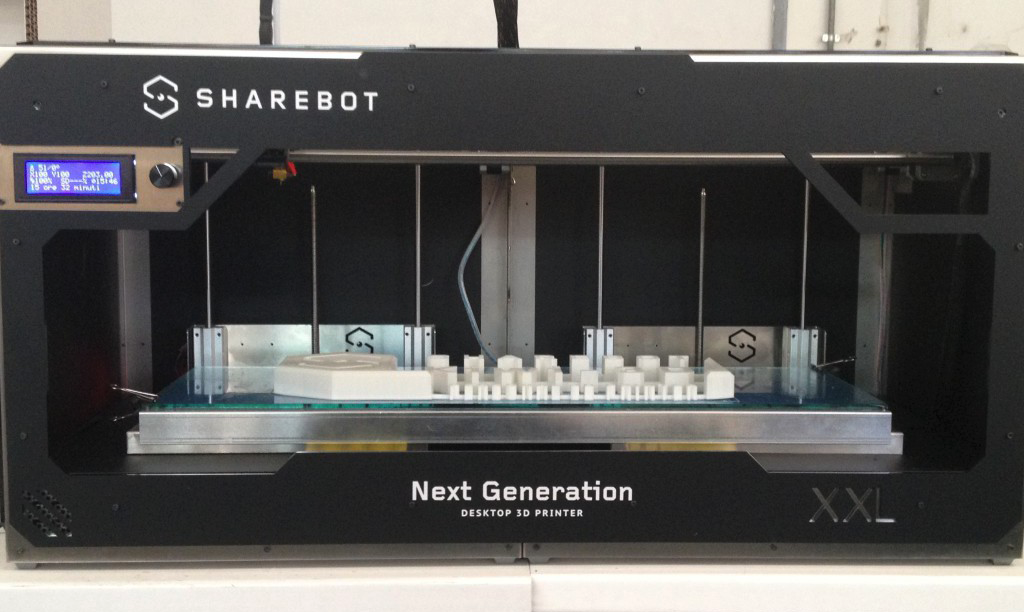 Sharebot and Nespoli&Partner’s project proves that the furniture industry stands to benefit greatly from the implementation of affordable 3D printing technologies, since it can allow for the prototyping and reproduction of any type of furniture in a much shorter time, without sacrificing the definition and detail of a piece, than by traditional methods.

In fact, the studio based in Northern Italy has already been offering 3D printing, 3D scanning, and 3D modeling services to its customers, including this boiserie piece. It began with the 3D laser scanning of the original decorative wood paneling to then 3D print it at a larger scale to better render the item’s details. Sharebot’s XXL proved ideal, as it allowed the larger print to be carried out as a single print job, without requiring any assembly in post, which might have compromised the boiserie’s final appearance. 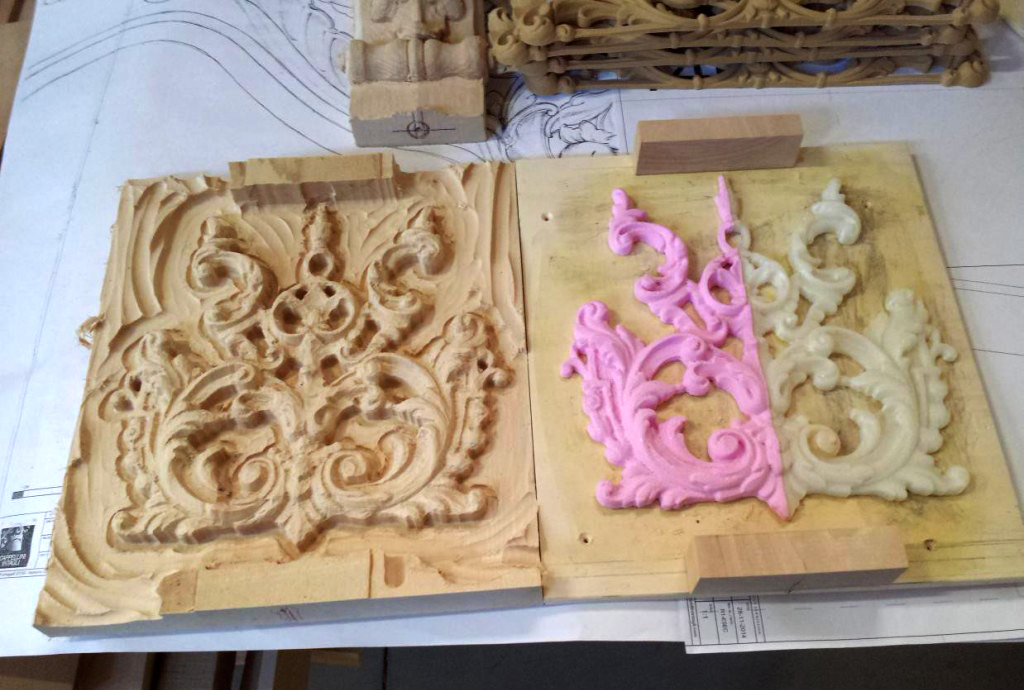 The prototype was then used as a matrix to create the final wooden replica through the implementation of a particular shaping machine, which was then utilized by an expert artisan to finalize the reproduction of each decorative detail on the wood. Through the use of 3D printing to create the boiserie’s matrix the entire process was carried out in a much shorter time; however the hand-finished part remains of fundamental importance to ensure the aesthetic value of the object. It seems to me that there is no reason why technology and tradition should not just go hand in hand.