After running for about three months aboard the ISS, the first 3D printer in space has finally sent a bit of itself back to Earth for testing.  At 7:44 pm EST yesterday, SpaceX’s Dragon cargo spacecraft landed in the Pacific Ocean, about 259 miles southwest of Long Beach, California.  Among the 3,700 pounds of NASA cargo on board, the spacecraft carried 3D printed samples produced on the Made In Space Zero G Printer, currently installed on the International Space Station.

On Tuesday, flight controllers from the Mission Control Center at Johnson Space Center in Houston robtically positioned Dragon to release from its deorbit procedure and perform a parachute-assisted splashdown. The Dragon is now on its way to Long Beach, where will some of the cargo will be removed, before heading to SpaceX’s test facility in McGregor, Texas. Kirt Costello, deputy chief scientist for the International Space Station Program at Johnson, said of the splashdown, “The ability to resupply and return this critical research continues to be an invaluable asset for the researchers here on Earth using the International Space Station as their laboratory in orbit.”

In addition to a number of samples, hardware, and data from biology and biotechnology experiments conducted on the ISS, objects fabbed on the Zero G Printer will be returned for study.  The printer was first installed on the Space Station last November, where it made the history books as the first 3D printer in space, subsequently performing the first 3D prints in space, including a wrench e-mailed from Earth to the ISS and printed in ABS. Now that they’ve been returned to Earth, they will be compared to their Earth-printed equivalents, the same CAD files manufactured as control objects in the NASA study. 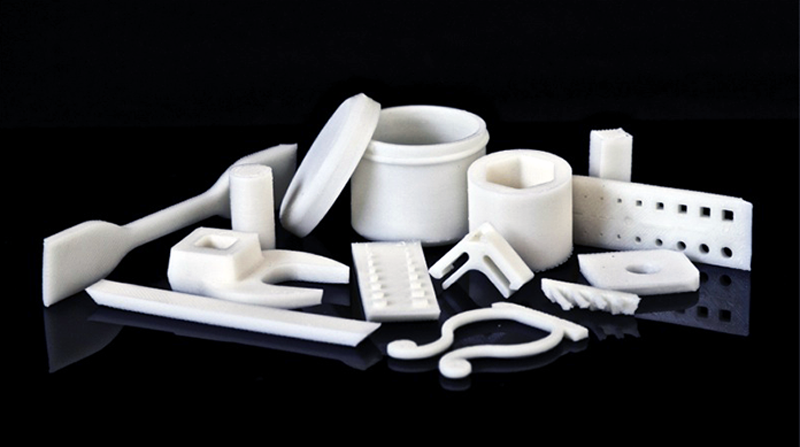 Costello continues, “Experiments like 3-D printing in space demonstrate important capabilities that allow NASA and humanity to proceed farther on the journey to Mars. Other investigations such as those focused on protein crystal growth take advantage of the unique microgravity environment and offer us new avenues to investigate troubling diseases back on Earth.” The crystals Costello refers to are samples of the cystic fibrosis and other related proteins, which are difficult to crystallize on Earth and, thus, difficult to determine their exact shape and structure. Through the Advancing Membrane Protein Crystallization by Using Microgravity experiment, NASA researchers hope to better treat cystic fibrosis. 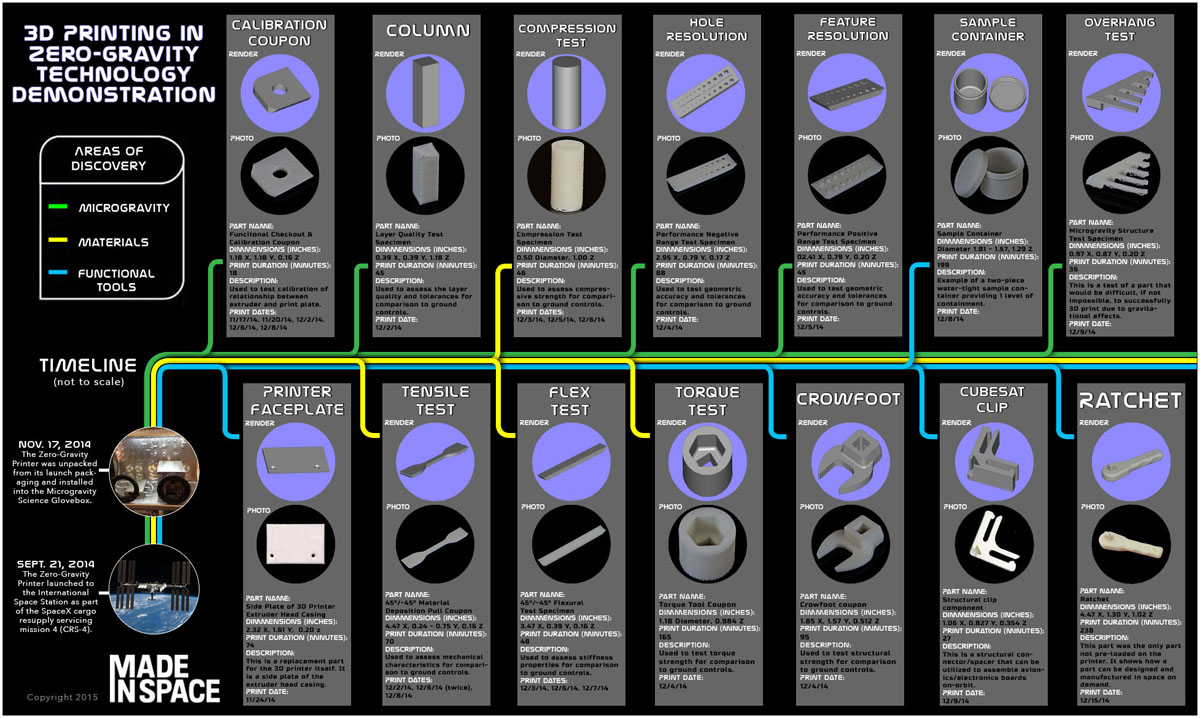 As braniacs on Earth apply rigorous study to the 3D printed parts to determine the sorts of effects that microgravity may have had on the printing process, the Made In Space printer will continue chugging away.  Though, we’re still awaiting the first crowd-sourced 3D print in space, via a GrabCAD-hosted design challenge, space printing fans can currently fabricate any number of NASA’s space-printed objects on their home 3D printers.