Space 3D Printing Has Arrived with the First Print in Space

At 9:28pm GMT on November 24th, the Zero G Printer from Made in Space completed its first print on the International Space Station (ISS), making it, not only the first 3D printer to make it to space, but also the first to actually function up/out/over there, as well.  This is the first time that a piece of hardware has been additively manufactured at the ISS and not just launched from the blue marble below. 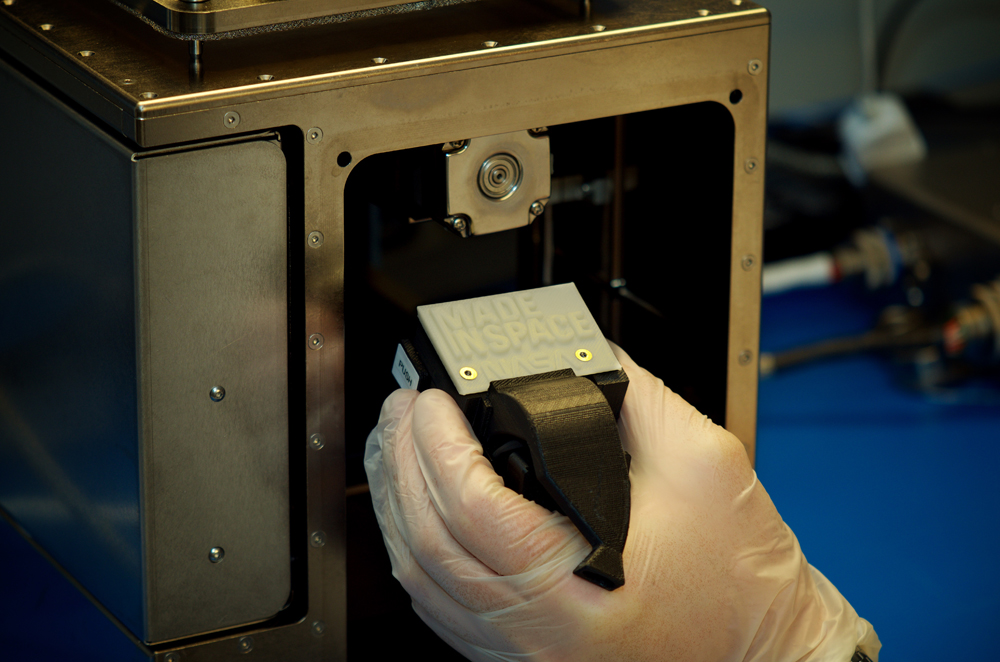 The print is a part of the printer itself, the faceplate for the extruder’s printhead, symbolizing the possibility of, one day, 3D printing a 3D printer in space and embodying the mission of the RepRap 3D printer movement.  A small experiment in 3D printing in space, the part represents the potential to fabricate replacement parts on demand, without the need for rockets and the like.  Chief Strategy Officer for Made In Space, Mike Chen, explained, “For the first time, it’s no longer true that rockets are the only way to send hardware to space.”

CEO of Made In Space, Inc., Aaron Kemmer, said of the milestone, “When the first human fashioned a tool from a rock, it couldn’t have been conceived that one day we’d be replicating the same fundamental idea in space. We look at the operation of the 3D printer as a transformative moment, not just for space development, but for the capability of our species to live away from Earth.”  Chief Technical Officer for the company, Jason Dunn, added,  “This ‘First Print’ serves to demonstrate the potential of the technology to produce replacement parts on demand if a critical component fails in space.” 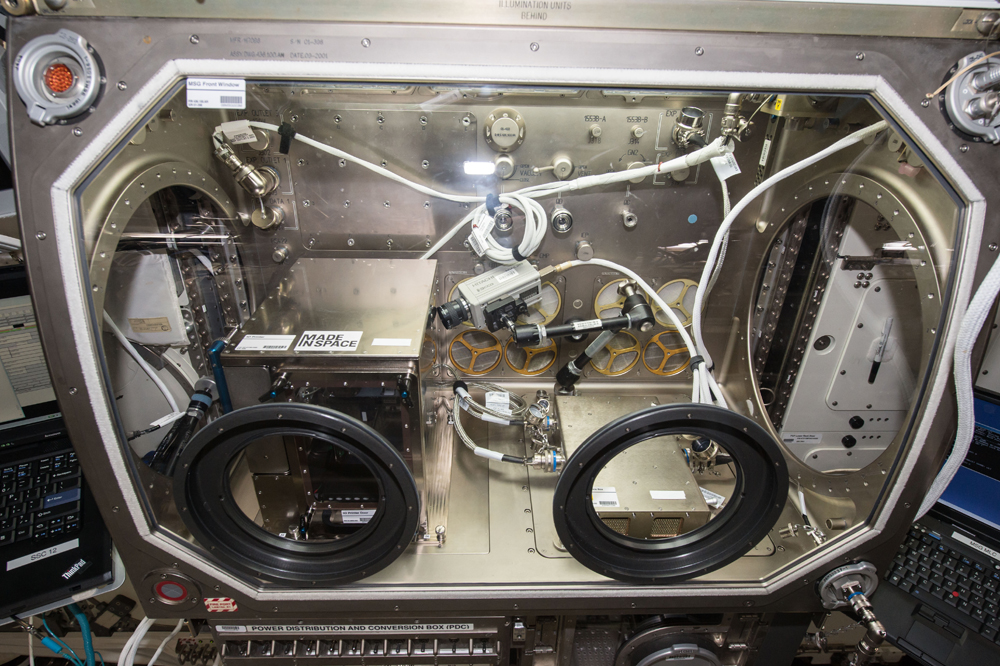 During this initial phase, marked by the formation of this print, astronauts on the ISS will 3D print test coupons, parts, and tools to validate hypothesis formed for the “3D Printing in Zero-Gravity Experiment”, a demonstration conducted by NASA’s Marshall Space Flight Center (MSFC) in conjunction with Made In Space and funded through NASA’s Small Business Innovation Research (SBIR) program.  Once the prints have been completed, they will return to Earth to be matched against control prints fabricated on Earth.  While on Terra, the prints will tensile strength, torque, and flexibility tests, which will inform the development of Made In Space’s second generation 3D printer, to be flown to the ISS for government and commercial use. 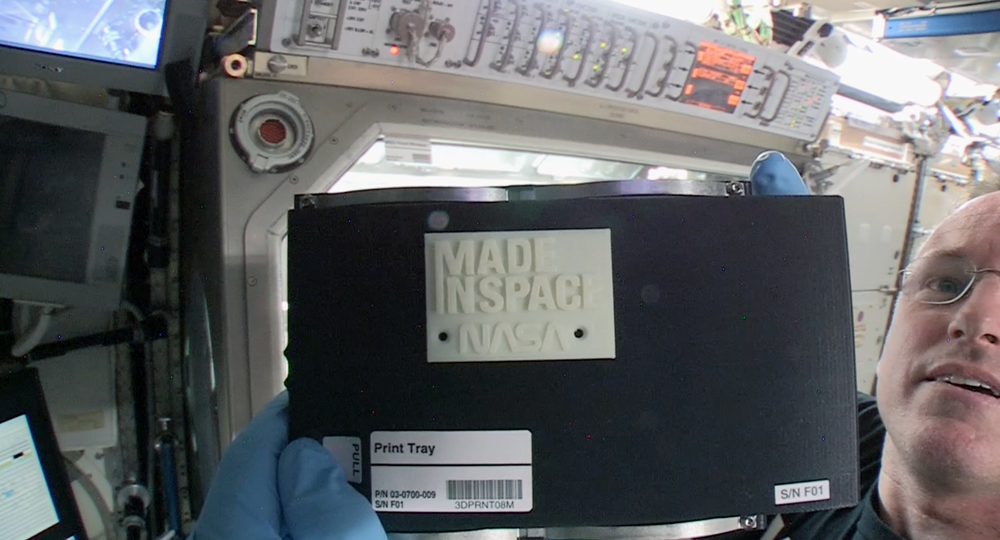 Mike Snyder, Director of R&D for Made In Space and Principal Investigator for the study, contributed, “This project demonstrates the basic fundamentals of useful manufacturing in space. The results of this experiment will serve as a stepping stone for significant future capabilities that will allow for the reduction of spare parts and mass on a spacecraft, which will change exploration mission architectures for the better. Manufacturing components on demand will yield more efficient, more reliable, and less Earth dependent space programs in the near future.”

Up next, more tests from the ISS crew.  For a more detailed look at the development leading up to this moment, read our previous post on Made In Space here.