As they head to the “Greatest Show and Tell on Earth” in San Francisco, Sharebot has made their first DLP 3D printer, the Sharebot Voyager, available for purchase. Due to the precision and castability of prints made with DLP technology, this is especially good news for those creating dental casts and prosthesis, or anyone casting jewelry, miniatures, and electronic components. 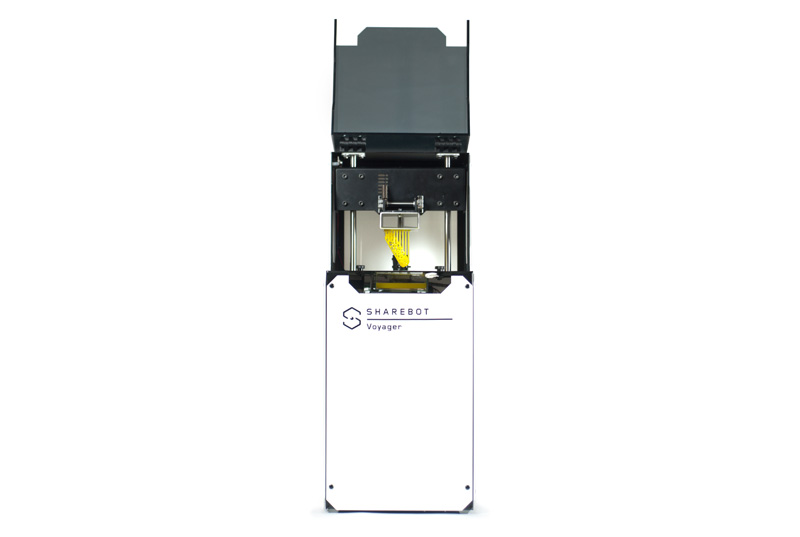 The Voyager relies on a full HD projector to cure photosensitive resin in order to create high-resolution 3D prints. The Voyager features a build volume of 54 x 96 x 100mm (~ 2″ x 4″ x 4″) and Z-axis layer thickness of 20 to 100 micron, depending on the resin, and X and Y resolution of 50 microns.  DLP printing offers impressive speeds, with Sharebot’s printer specifically able to print 30 seconds to print a centimeter. The device is wireless, allowing it to be remotely controlled over smartphone, tablet, or computer. 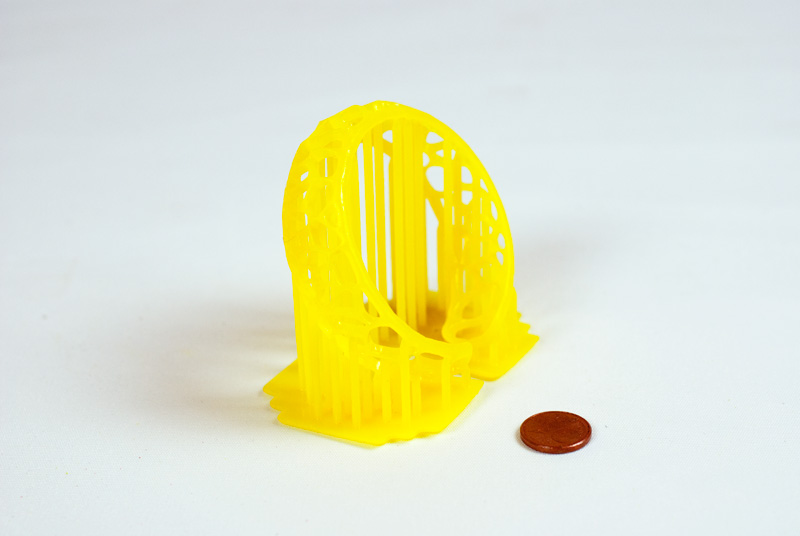 In addition to the printer itself, Sharebot’s R&D, which is responsible for a number of exciting developments like the SnowWhite SLS printer, will be developing a number of different resins, including: SHARE-IC, the company’s castable resin; SHARE-CE, a thermally resistant (up to 90°-130° C), ceramically-charged resin ideal for creating rubber molds; SHARE-HT, an ABS-like material for smooth, resilient, and functional parts; SHARE-GP, a quick printing, smooth material.

The Sharebot Voyager can now be purchased through any of the company’s resellers, so, if you’re looking to buy one, just fill out the contact info on the Voyager page and a reseller will contact you.  This is just one among many exciting projects being put out by the Italian company.  Though we’ve just recently learned that the SLS printer will be released by the end of the year, I’m especially excited about the printer they’re launching with Arduino.  If you’re heading to Maker Faire this weekend, be sure to stop by their booth and see what else their innovative R&D is up to.