As the White House preps for the National Week of Making, this June 17 -23, 1600 Pennsylvania Avenue hosted its annual White House Science Fair, where the POTUS met with the country’s brilliant young students to see what tomorrow’s scientists have up their sleeves. What they had, it turns out, was a collection of 3D printed goodies, among other things. 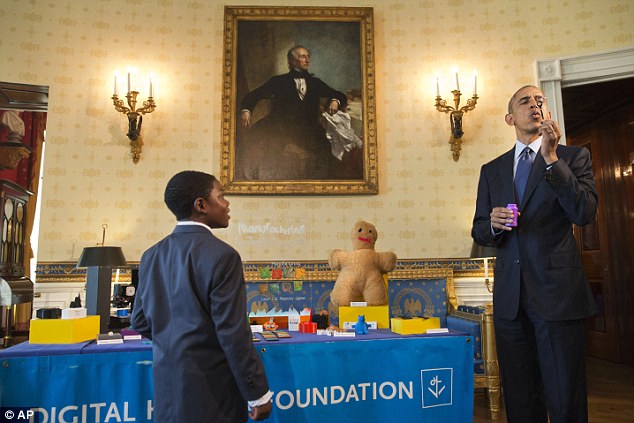 Whatever the leader of the United States does catches a lot of attention, but, in particular, the media has been widely sharing a picture of President Barack Obama blowing bubbles from a 3D printed wand. The wand was printed by nine-year-old Jacob Leggette from Baltimore who had not only created this cute pixie tool, but a complete collection of 3D printed items, including cups, bowls, cookie cutters, and even a replica of the White House itself. 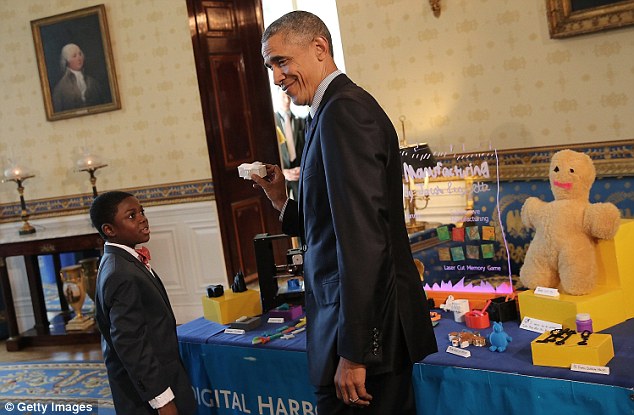 Jacob’s love of 3D printing came from attending a summer camp, after which he wrote to the manufacturer and receive his own 3D printer. From the looks of the pictures, it appears to be none other than the kid-friendly, wallet-friendly Printrbot Play. In return, Jacob would tell the company just how kid-friendly their machine was. 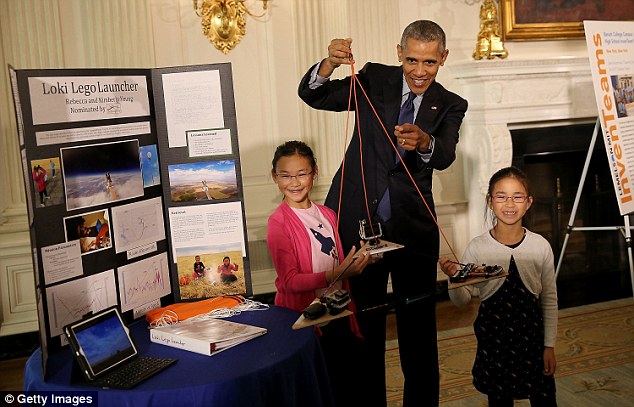 The POTUS has said that the White House Science Fair, launched by Obama in 2010, has since become one of his favorite events of the year. Filled with students age 9 to 18, the event hosts a number of projects being pursued by the nation’s youth. This year, there were more than 130 students that occupied the event. At the event, Obama was noted as telling the young attendees, “You remind us that together through science we can tackle some of the biggest challenges we face. You are sharing in this essential spirit of discovery that America is built on.” For more details on the event, you can read the Daily Mail‘s coverage here.