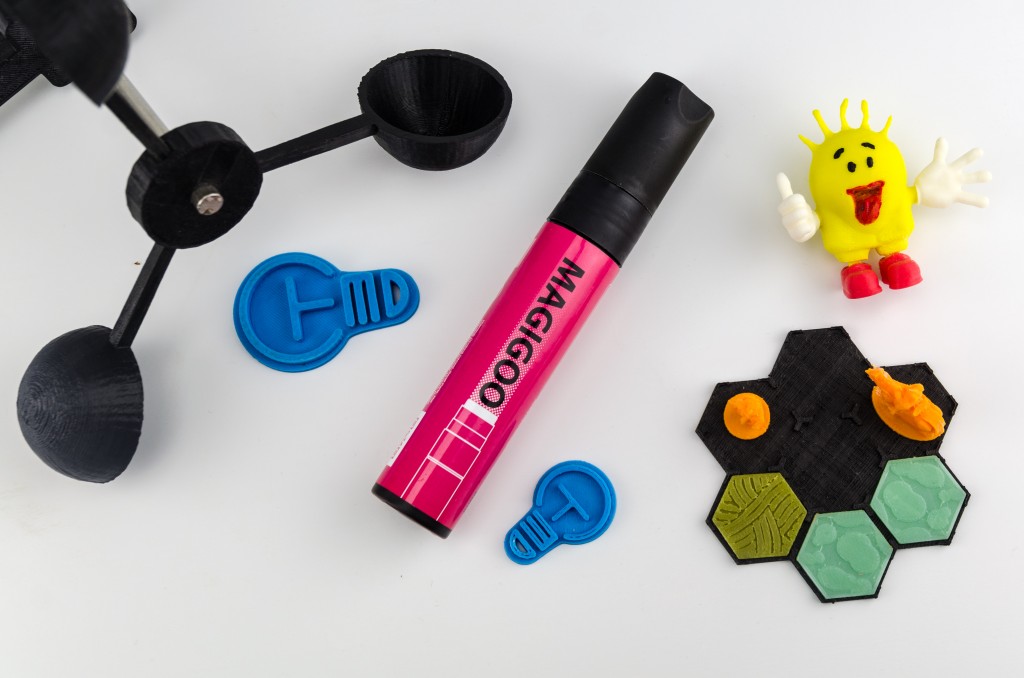 You wake up excited and run to your 3D printer. It’s the end of a 30 hour print cycle and you’re anxious to see the results. The outcome unfortunately is disappointing. It’s failed in the final stages. At that point, if you are anything like me, it is time to throw a tantrum. You have to start all over again. Throw all that material into the ‘failed print box’, clean the extruder and printer, while hoping the printer has not been damaged.

We have all heard the promises and ideology that 3D printers will be in every office, every classroom, every home. I do truly believe that this will happen in the not so distant future, but prior to this a number of milestones need to be achieved. The prints sticking and not warping is an obvious and most annoying hurdle which needs to be overcome. Now at least it looks like this problem has been tackled. A relatively new company from Malta, have released MAGIGOO, a smart adhesive which works on heated beds. They claim that it work with ABS and PLA, sticking when hot and releasing when cold. A quick search online backs up their claims, with independent individuals attesting to the efficacy of MAGIGOO.

Philip Cotton of 3Dfilemarket has been quoted ‘MAGIGOO has proven very effective in helping large prints stick to the print bed. We have been using it and the results have been far superior than using no adhesive and 100 times better than messing around with blue tape etc. We have also used it when printing multiple prints on a print bed (nesting prints) and again it has been very good. We extensively reviewed the sample sent to us and as a 3D printing enthusiasts here at the 3Dfilemarket, this is one product that we really liked and would recommend’

When I contacted the creators of MAGIGOO their description of their smart adhesive’s capabilities was:

“MAGIGOO is a smart, 3D printing adhesive designed to work with heated beds, which sticks the print firmly in place while printing and then ‘magically’ releases the print once the bed has cooled. This allows for consistent and reliable printing without needing to use rafts, annoying tapes, toxic chemicals (ABS slurry and ABS juice) or other solutions which introduce more problems than they solve. Print removal is effortless and no tools are needed.”

The team jokingly describes it as being “reliability in a cool little pink package.”

The smart 3D Printing adhesive, seems to have been very well received. We have been told it has already been shipped to 6 continents and the team are currently looking for ‘3D printing penguins to be able to save 3D printing in The Antarctic’ . Their distribution network is also growing. The team will keep on working hard to continue this expansion and make sure that MAGIGOO is available to everyone. It can also be bought direct from www.magigoo.com.

The team behind MAGIGOO love the current version but keep working to add improvements. They have hinted that they will be releasing a new and improved applicator shortly. This will make the application process even easier. They have also teased about the release of newer versions for different filaments later in the year. 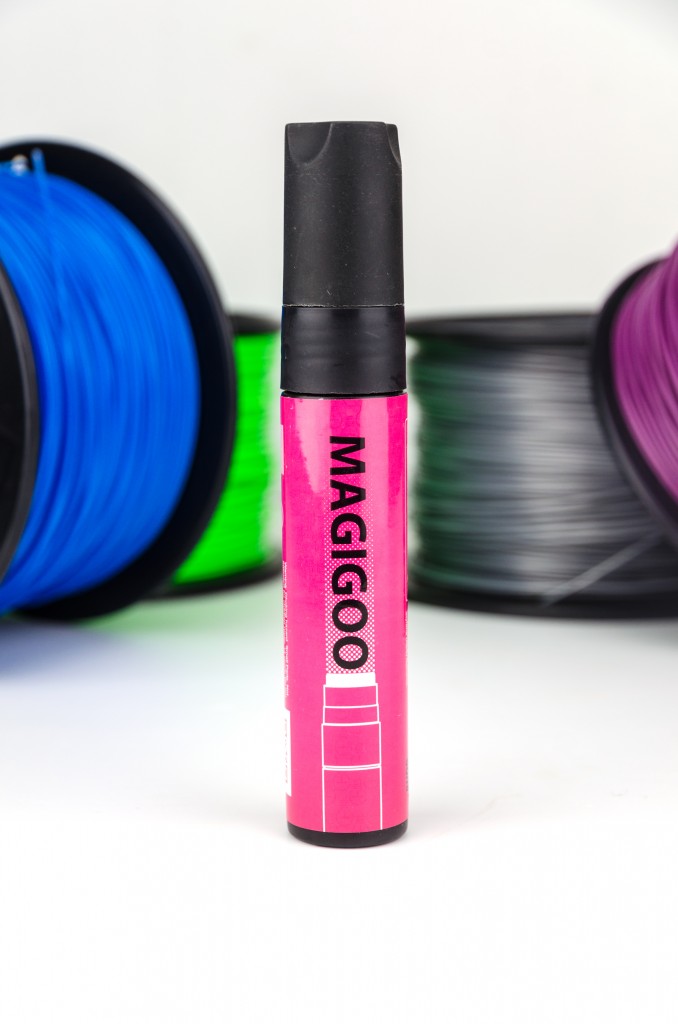