Today, 3D printable warehouse MyMiniFactory announced a new program meant to provide a new way of generating revenue for their designers. Dubbed MyMiniFactory Studios, the platform is designed for “the most talented designers” to earn money through a “revenue share program”.

According to the new Studios site, designers will, in addition earning money, have access to “premium” features, such as “advanced analytics and tools, as well as more control over your 3D objects.” MMF will also “conduct marketing and outreach on your behalf.” As for this revenue that designers will be generating, the site explains, “The more popular your designs, the more money you will be able to make!” I’ve reached out to management to learn more about it and am told that some revenue will be directed to the designer and some will be directed to MMF. What the percentage of this sharing looks like, yet, I’m not sure. 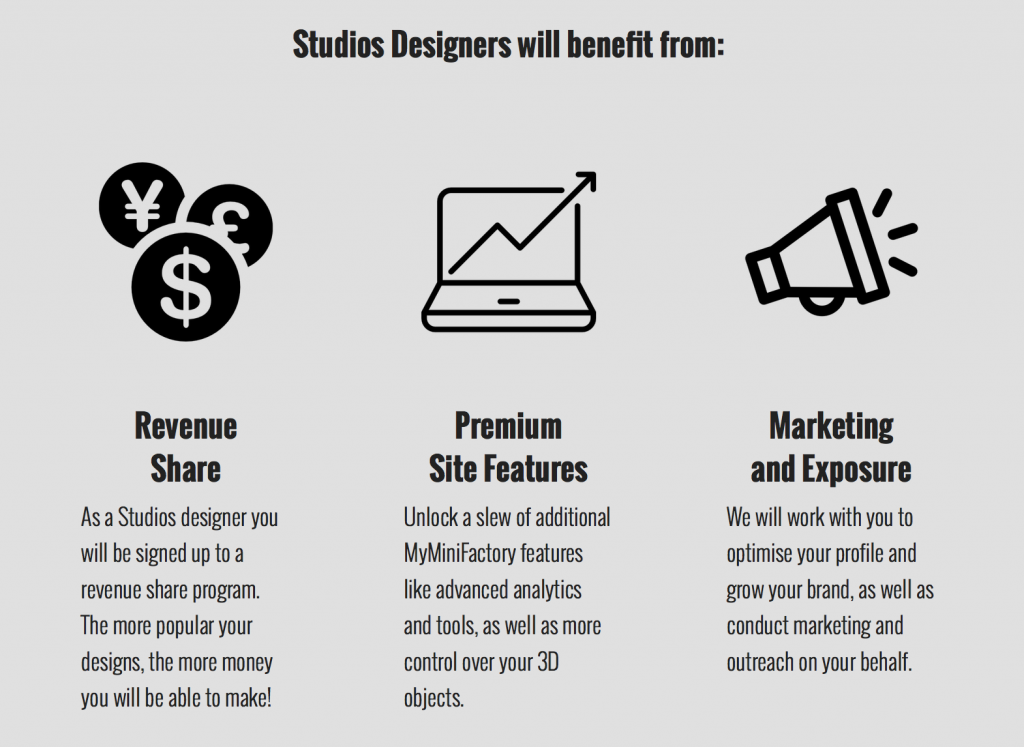 Interested designers can apply to enter here. Being a part of the Studios costs nothing to the artist, but it looks like there may be an exclusivity agreement involved, as MMF writes on the site, “We are looking for talented designers that are accomplised in one or more of the following fields to join The MyMiniFactory Studios exclusively.”