For those of you who are still unsure of whether or not home 3D printing will take off, here’s a study, originally published in Mechatronics, that uses a lot of academic language to say that it will. Wittbrodt, et al., researchers at Michigan Technical University[1] have analyzed the time and economic costs of purchasing, assembling, and printing 20 household items with a Prusa Mendel 3D printer and compared those costs with purchasing the same items through vendors from Google Shopping, ultimately determining that a 3D printer could save US homes from $300 to $2,000 a year. 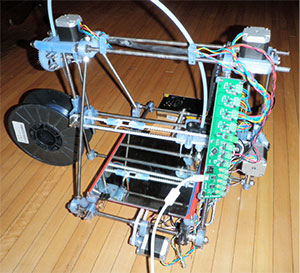 The authors of the study found 20 items on Thingiverse, including iPhone docks, a spoon rest, a safety razor, and orthopedic inserts, and printed them on their printer, measuring the time it took to print them, the amount of PLA filament used, and the amount of electricity used.  They then found similar items, via Google Shopping, with the lowest and highest prices possible.  And, finally, the authors compared the costs, without shipping.  So, for instance, the garlic press they printed used about $0.03 in energy and $1.58 in plastic, which compared to a cheap garlic press of $5.22 and a slightly more expensive garlic press of $10.25.  The total amount of time to print all 20 objects was about 25 hours and the total cost was about $20.00.  In the end, the authors decided that purchasing a $575 3D printer kit would pay for itself in 4 months to 2 years time. 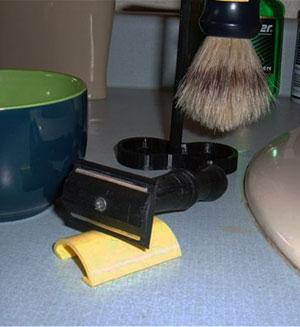 If you’ve got the time, the study itself is worth a read with the authors, at times, sounding like a pedantic, yet lovable, father figure, as they detail how much money one could save if they simply made their own old timey, double-sided razors by printing them out and inserting their own steel blades:

Consider the case of shaving. Most American men who shave buy disposable razors or disposable razor cartridges that fit into reusable handles because the initial cost is much lower than more robust product options (e.g. a safety razor, for example, costs US$20-80 online). This initial startup cost prevents consumers from using the more economical (over the life cycle) choice. Now that there is an open-source safety razor design available for free download(thing:43568), which costs about 36 U.S. cents to print, the barrier to entry has been eliminated for everyone with a 3-D printer. A 10 pack of double edge safety-razor blades cost about US$5 (28 cents per blade) on Amazon. If it is assumed that an average user consumes one double blade every two weeks the blade costs for open-source safety razor shaving is about US$7/year. To put this in perspective, the cost of shaving using drugstore blades or cartridges is between US$100 and US$300/year [59,60].Assuming the average man shaves for about 65 years, using the printed razor and only replacing the metal blades would result in a net savings of between US$6,500 and US$19,000 over a lifetime. Similar opportunities exist for a large number of currently disposable products, whose designs may not have yet been put in the public domain,but can be expected in the near future.

The authors of the study are clearly biased in favor of RepRaps, with ideological subtexts embedded into “objective” scientific lingo as seen in the following sentence:

The time investment in building a 3-D printer from parts, trouble shooting it, and working to develop it is substantial and will not be of interest to all consumers. However, for many individuals the RepRap can provide an access point into the innovative area of mechatronics. This can be viewed as a benefit rather than a cost as it is clear that having a greater percentage of the population knowledgeable about CAD and mechatronics and sharing their designs and experiences would be benefit the mechatronics community as a whole by providing more knowledgeable students and employees.

I happen to be okay with the biases of the authors as I, a writer for 3DPI and lover of RepRaps, am also biased. You might be interested in the various flaws of the study pointed out by Jasper Hamill and Lewis Page at The Register (thanks, Elias!).  For instance, Hamill and Page point out that most people don’t want to put in the work to assemble an outdated razor.  The iPhone docks that the MTU researchers printed don’t include electronic components, like charging cables, severely inhibiting their practicality. Most importantly, the quality of objects made from RepRaps doesn’t match that of mass produced items, which the study’s authors explain in what I personally choose to interpret as a passive aggressive tone: “This kitchen item was printed in PLA with 0.2mm step height…The steps are visible and thus some printed products may not be perceived of as high-enough quality for some consumers. This perception is highly dependent on specific consumer preferences.”

What the writers at The Register glibly gloss over is that the authors address some of these issues.  They explain that acetone can be used to refine ABS objects and dichloromethane can be used to smooth out PLA objects.  The authors also indicate that they need to perform the study using materials other than PLA.  New materials are constantly being developed for fused filament fabrication so that, if the authors perform the study in a year using a printer with multiple extruder heads and multiple materials, they may be able to produce even more complex objects.  Maybe even an iPhone dock that has all the electronic fixings. 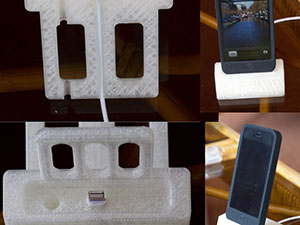 Sure, maybe the authors are a bit idealistic and jumping the gun a little bit, but I like to think of it as a self-fulfilling prophecy, as advocated by that terrible and potentially evil book The Secret.  Wittbrodt, et al. are putting forth an academic paper that presupposes the definite future success of 3D printing as a means of ensuring that that future success will happen.  If more and more people get on the 3D printing bandwagon, the number of free 3D models on the internet and the improvements to RepRap designs increases.  So, right now, you can save from $300 to $2,000 a year by printing less-refined, even less useful, versions of what you’d want to purchase for your home, but, in two years, that dollar figure is going to go up and so will the quality of the items you can print.  That is, if everyone closes their eyes and wishes the things that the study’s authors are arguing to be true.

I think that the cynical mindset of Hamill and Page often comes from not having printed something useful with a 3D printer themselves.  When you’ve printed something you can truly use in less than an hour – such as the star-shaped cookie cutter, the electronic cigarette accessory holder, or the space helmet for your bearded dragon that I did – your cynicism washes away and you’re bathed in the naïveté of a child, something that makes you want to put the same faith into 3D printing as the MTU researchers have.

[1] These are the same MTU folks that are conducting the Printers for Peace contest we wrote about in May, 2013.