A Robotic 3D Printer for £50? Suitable for Chocoholics!

So if I told you that a 3D printer could be built for approximately £50.00 you’d think I was joking wouldn’t you?

If I told you that the bill of materials included a chocolate fountain and a robot arm, you’d probably think that I’d left the top off the glue! 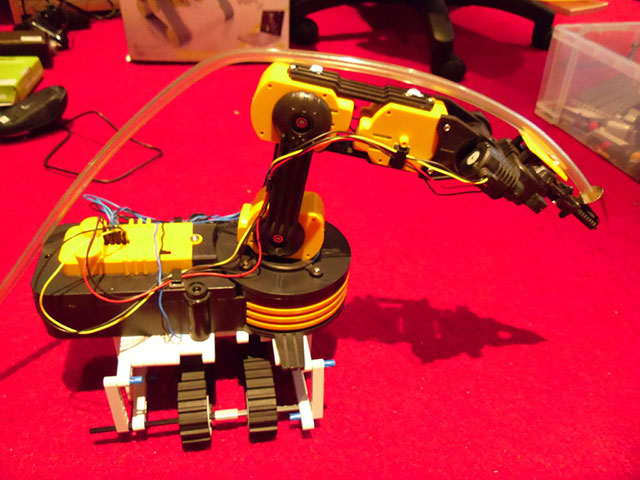 Well think again. It appears to be true and we’ve got pictures to prove it. The intrepid Ben Dunicliff over on Instructables.com has come up with an ingenious 3D printing system using scavenged parts and some real joined up thinking.

The off-the-shelf computer controlled arm coupled with servo controlled base allows the user to control position and the brilliant idea of using a chocolate fountain provides a heat source to melt and pump the build material to the print nozzle — all in one component. 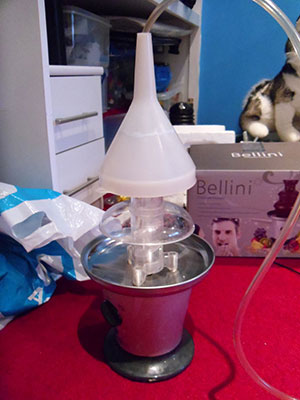 Combine this with some plastic tubing and a bunch of soldering and you have, what can arguably be called, a 3D printing mechanism.

As for software, Ben has written a Visual Basic calculator to create a depth map by assigning height data to each pixel of an image of the object you want to print.

All that you need to do is connect the device to the computer via USB and then press go!

It appears that Ben has been testing it, with chocolate, by printing cake decorations. So if you make a mess of a print, you can easily dispose of the evidence!

Now I can’t vouch for the speed, accuracy or even if it works as specified but there are some very nice ideas here and Ben, with this concept, has managed to get around a problem that most common 3D printers have – Fixed Build Volume. By putting a printer head on a computer controlled base at the end of an extendable arm you greatly increase the build area — and the possibilities.

This is obviously a very early brainstormed fun project but I can see some wonderful possibilities. Why not give it a go and see where the muse takes you.

0 0 0 0
More on this topicMichigan Tech Study Says: “The RepRap is an economically attractive investment for the average U.S. household already”
More on this topicNight of the Living Patents: 3D Printing Resurrects Old Inventions