After building and testing a number of prototypes, testing the scanning algorithm, Hangzhou, China-based Shining 3D has optimized the UI of their Einscan-S 3D scanner and is ready for Kickstarter, with a price of $799. 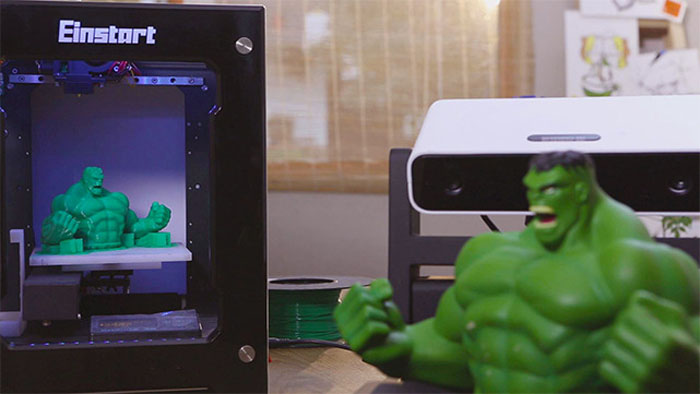 The structured light scanner resembles a Microsoft Kinect, at first, but has a mini lazy susan table, bringing into Makerbot Digitizer or  Matter and Form scanner territory. The Einscan-S, however, differs from the Digitizer and the Matter and Form by using white-light scanning technology, instead of laser scanning, so that it scans at 3 minutes per circle with a maximum free scan volume of 700mm x 700m x 700m. 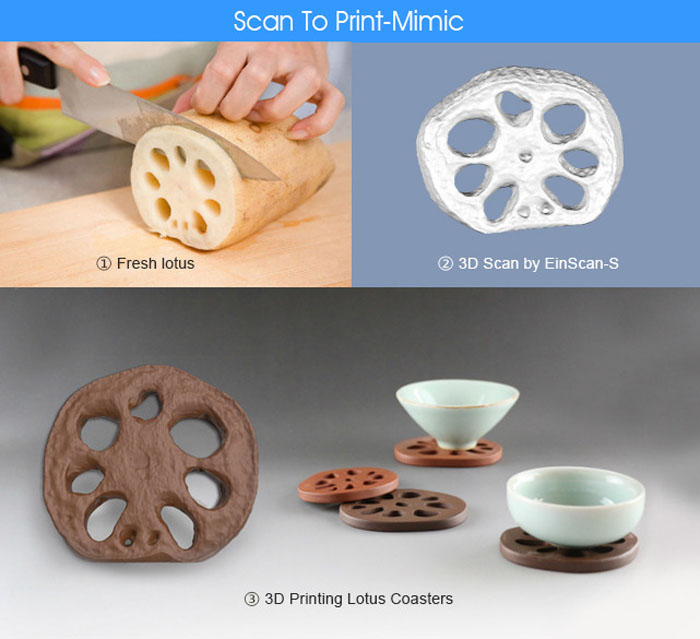 The main difference between the Einscan-S and the aforementioned scanners to take note of here is the fact it uses white-light or structured scanning, as opposed to laser scanning. While laser scanners sample an object in one instance as the light passes over an object, a white-light scanner samples an object multiple times.  Each time, white-lite scanners use different patterns that change width and phase, estimating the shape and size of the object. Laser scanners perform area scanning by splitting a one-dimensional beam of light into two, while white-light scanning receives information from the projected light patterns continuously and repeatedly. Laser scanners are a bit better with tricky lighting conditions but are more dangerous to use in terms of eye-safety. 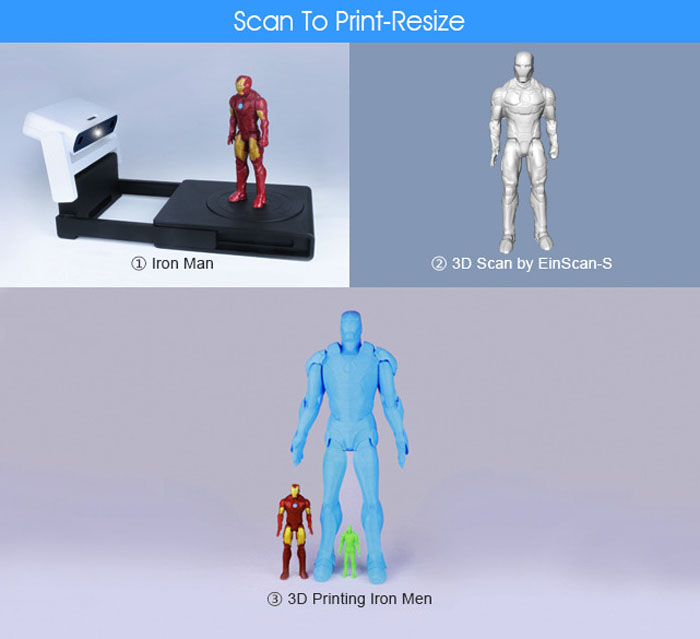 With their crowdfunding campaign, Shining 3D, states that they are raising funds to get “market validation” and feedback to help them understand what people like and dislike about their project. They are hoping to produce more than 2,000 sets this year, and, after their early bird orders are filled up, they will begin production.

I’m not quite sure what to make of this Kickstarter project, but it does seem as thought there is a new white-light scanner with different strengths and weaknesses every single week. Though it can be confusing to sort out which scanner to use, it generally depends on the object, environment, and what you intend to do with the scanned data. The Einscan-S seems to be a good scanner for people looking to 3D scan small objects with few hassles and a little learning curve.