Mcor Doubles the Speeds of its 3D Paper Printers

In addition to the other breaking stories of Euromold this week, Mcor, the only company to produce a line of paper-based 3D printers, announced that it has managed to reduce the print times of both its IRIS and Matrix lines of 3D printers by 100%.  By virtue of a change in build pattern, the company was able to make its machines twice as efficient, with CEO of Mcor, Connor McCormack, saying, “In order to be widely adopted, 3D printers need to be faster, safer, more powerful, versatile, convenient and affordable, to purchase and operate.  With this enhancement, we are yet another step closer to delivering on our vision of widely accessible, professional-class 3D printing.” 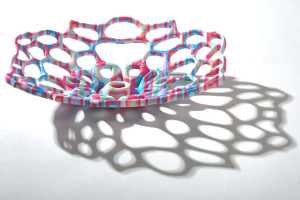 According to the company, this is only the first of a number of speed enhancements that will be made in the coming months.  Managing Director of DGS 3D, Connor Moore, reacted by explaining, “This is a game changer. A significant print speed improvement on top of Mcor’s clear cost, colour, durability and eco-friendliness advantages, makes choosing Mcor 3D printers a no-brainer for service bureaus and others who rely on throughput to continually print a high volume of 3D models. This enhancement removes any barriers to selecting Mcor over any other full colour 3D printing technology.”

Though the company’s press release did not expand on how exactly the build pattern was changed, this will certainly add to the company’s reputation as the only manufacturer of paper 3D printers. And, if you judge by the quality of their prints, you’ll know that their reputation is already pretty outstanding.