Growing up, I was a huge fan of Ender’s Game. My whole family was. My sister even likened me to Ender, herself to Valentine and our brother to Peter in a paper for her high school psychology class. So, over the past ten or twenty years, during which time the movie was stuck in production limbo, I sat with baited breath. Then, the movie was finally to be released and I found out about the author’s virulent personal beliefs, leading me to wonder whether or not I want to see the movie or not. I still haven’t made a final decision! So, it’s with some hesitance that I present the Ender’s Game 3D printing app that’s been released by Sandboxr. 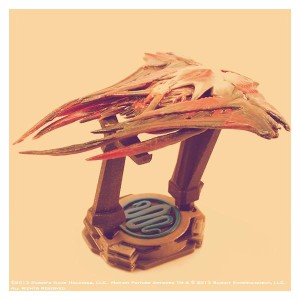 Back in January, we covered Sandboxr, the online platform meant to bring characters from comics, video games, movies, etc. into the physical world with the use of 3D printing. With a series of tweakable parameters, users can change the features on 3D models of their favourite characters and have them printed on demand. The app, then, bridges the gap between 2D media and their 3D consumers.

In conjunction with the premiere of Ender’s Game this coming Friday, Sandboxr has developed an online app in which you can customize a few different ships from the movie for your collectible collection. The problem is that you are somewhat limited in your selection. You can choose the Bugger[1] mothership, the International Fleet Shuttle or an IF Drone Ship and, then, pick a base on which to mount the ship of your choice. However, the only customization that’s possible is the colour of the base you decide on, as well as the animal insignia you’d like to represent your army. Other than that, you’re just purchasing a 3D-printed spaceship in small, medium or large for upwards of about $20. The printed ships look pretty neat though and utilises Sandboxr’s full colour 3D printing capabilities. 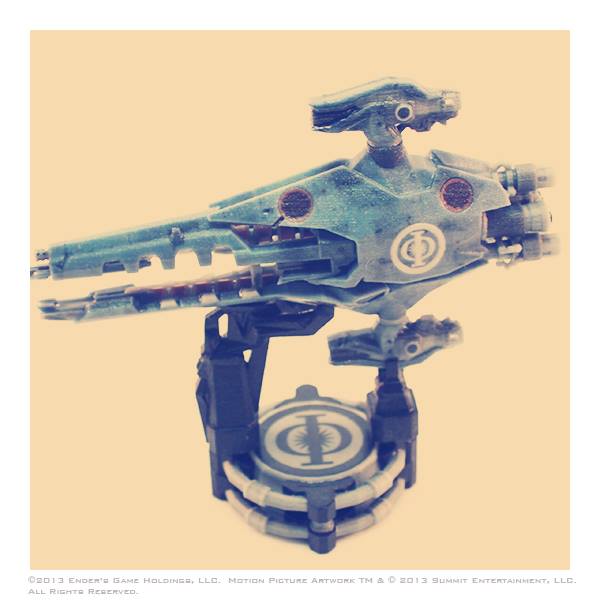 The potential here is for Sandboxr to give marketing a new dimension, and with this new film release that is precisely what they are doing and bring 3D printing into the mix. Nancy Kirkpatrick, Summit’s President of Worldwide Marketing, commented: “This is the first 3D experience of this type to coincide with a major cinematic movie release, and Summit is excited to work with Sandboxr to offer this experience and great new technology to our ENDER’S GAME fans.”

The Ender’s Game version marks the first time that Sandboxr will be openly available to the general public following beta testing, so we would definitely be keen to hear your thoughts in the comments section below.

[1]Did I really read a book about the genocide of the “Buggers” as a kid?