The Sandboxr App — Will it Up the Ante?

The most recent influx of 3D printing news seems to be centred around market places and user interfaces that aim to take the tech out to a much wider audience. The latest is Sandboxr, based out of Salt Lake City, Utah, and the brain child of CEO and 3D artist Berkley Frei. It is an app experience and online community that allows consumers of all ages to quickly access vast amounts of 3D content and use an intuitive interface to mix, morph and style characters and objects that can subsequently be 3D printed. 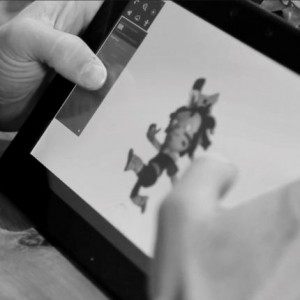 Sandboxr utilizes cutting edge software and the organization has ambitious plans to change the way consumers interact with video games, animation and comic characters worldwide. The online app will provide users with a powerful 3D manipulation interface, designed to allow anyone, of any age, to engage and thus experience true customisation. With a wide target market that includes artists, video game companies and end users alike, Sandboxr claims to open up 3D printing to everyone.

Berkley Frei explains Sandboxr and how it was conceived more than three years ago after he saw his first 3D printed character: “It blew my mind, as a 3D artist I knew that I had to have one of those machines – the possibility of making my digital work into real physical objects was too incredible to ignore. Unfortunately, I discovered that these printers were extremely expensive so I then started thinking of ways I could make one pay for itself. It wasn’t long before the early concept of Sandboxr formed – I could see a way to make a platform for custom creation.”

However, he soon realized that other companies had already made headway within the 3D printing arena, creating software that allowed users to print designs with basic colour and texture changes, but he found they were too limited in content and customization. ‘Berk’, as he is known, wanted a more meaningful custom experience, as a 3D artist he could see the untapped possibilities of making software available where the end user had control over facial expressions and movement from a vast library of crowd-sourced content from 3D artists around the world. After a three year lead up, researching and working with numerous programmers to make the software possible, Sandboxr is finally ready to launch.

Sandboxr’s CTO, Nick Schulz, commented further: “The process hasn’t been easy, but it has been exciting. The technology in this industry is changing on a daily basis, but there is still virtually no way for the everyman to tap into it. Sandboxr is changing that. We are ecstatic that we have been able to harness these technologies in a meaningful way while staying focussed on providing a simple and fun experience for our users.”

Allegedly, Sandboxr has already captivated the imagination of top developers and publishers in the video game industry, who are biting at the bit to see the Sandboxr experience come to fruition.

Can’t wait to see this one hit the streets (and try it for myself!)

However, initially the Sandboxr 3D printing software app will only be available by invitation to beta users.