David Reis has taken the reins as the Chief Executive Officer for the newly formed 3D printing giant Stratasys Ltd following the finalisation of the merger between Stratasys and Objet in the final days of 2012. Prior to the merger, he held the same position at Objet since March 2009. During his career David has accumulated a wealth of experience in the 2D inkjet printer market and as this exclusive interview will show, the 3rd dimension for inkjet printing excites him greatly. David is both a passionate advocate for 3D printing technology and a realist. His views on where this can go, in real terms, suggest previously unimaginable possibilities lie ahead but it will not be without challenges and will require patience.

3D Printing Industry: We will get to the merger, but for the benefit of our audience, can you tell us a little about Objet’s journey since the very first Quadra 3D printer was introduced in March 2000.

David Reis:   The Quadra was a significant milestone for this industry because it was the first inkjet 3D printing system. For me, inkjet technology is the key — because you can’t get more precise than inkjet and it is advancing (in 2D & 3D) all the time. Within a year of launching the Quadra, Objet then introduced the Tempo, also based on PolyJet® technology, which is similar to inkjet-based printing, but significantly advanced in terms of the 3rd dimension attributes (such as support structure) and curing capabilities.

The history of Objet’s 3D printing technology starting with the Eden platforms, the Tango rubber-like, the Vero opaque rigid material lines and more recently the Connex multi-material 3D printing technology and digital materials is one to be proud of — because Objet platforms are at the top when it comes to accurate 3D printing for prototypes. I know people ask about Objet for production applications and they think progress is slow, but that’s because as humans we want everything now. This is an evolutionary process. Objet has always worked tirelessly with its customers to meet their needs and improve the processes and materials based on their applications — sometimes it’s about quality, some times it’s material properties and bio compatibility, and sometimes, like now, it’s about size. The Objet1000 is our biggest platform yet from the Objet line of 3D printers – based completely on what our customers told us they needed. We are happy to deliver the developments they tell us they need.

3D Printing Industry: Since the Stratasys/Objet merger was announced there has been much coverage and some speculation in the press — you must be happy that it is now finalized and can you give us some insight into your role in the new company?

David Reis: Yes, of course. It is great to see the original vision coming to pass and to have the details finalized. Obviously, it did take a little longer than originally planned, but we had to follow all of the necessary procedures and corporate obligations. We did not want to fuel speculation but there was little we could do to speed things up — it just had to take its course. Now it is time to get down to the real business of the merger, which is to make Stratasys Ltd synonymous with the 3D printing industry as a whole. And to do this we have to come together and offer systems — now and in the future — that are superior in quality and performance while being easy to use and cost-effective. 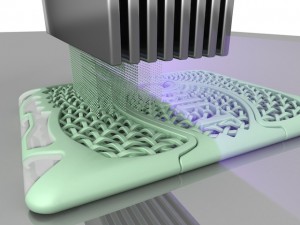 3D Printing Industry: The messaging around the merger is very much about two complementary companies — and technologies — coming together, rather than any sort of acquisition, how do you see the relationship developing?

David Reis: Absolutely. This is a coming together of equals — two companies that are of similar size, that were extremely successful in their own right and that each bring complementary technologies to the new company. The aim is to take the best of both and make them better. Practically it will be complex, anyone that thinks otherwise is not dealing with reality. In the formation of Stratasys Ltd, we are bringing together two cultures and two business models that while similar, will need sensitive management, particularly through this initial period of integration, but I find it a fascinating process, and to date it has been very positive. It is an exciting time and one that offers huge opportunities for all of us. And, there is also a joke going around the company that I (an Israeli citizen) have been preparing for this role for 23 years, because that’s how long I have been married to my American wife!

3D Printing Industry: Will the technology portfolios of Stratasys and Objet continue to be developed in isolation or can we expect something completely new?

David Reis:  Almost certainly separately. While the two processes under the Stratasys remit (FDM & PolyJet) are complementary as you said, they are very different in terms of technical requirements and therefore R&D. However, that said, they will both continue to see significant investment and the R&D teams will collaborate to seek out any cross over where knowledge sharing will benefit either or both of the processes.

There are a couple of areas where I do think there will be some cross over. One is the user interface, which I think should be uniform and easy. It won’t happen overnight but it is definitely in the plan. Another area is in the workflow for 3D printing. This is something we will look at holistically – it is something that needs to work well irrespective of process. 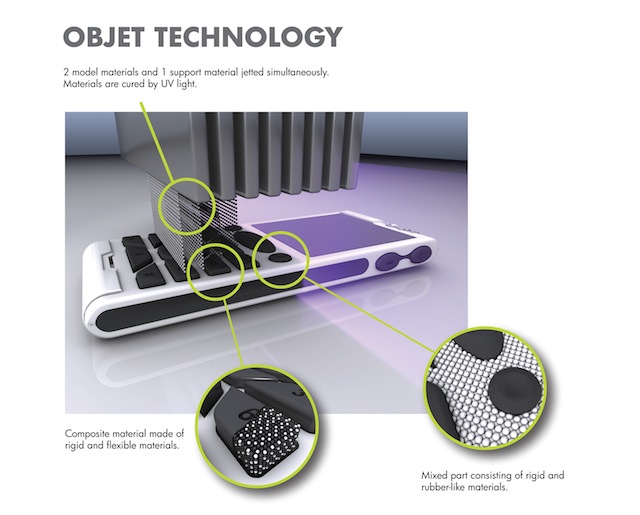 3D Printing Industry: It is obvious that Objet has always placed a heavy emphasis on R&D and collaboration with users — can you expand on this and is it part of an ongoing strategy for Stratasys Ltd?

David Reis: In terms of investment, I am not at liberty to divulge actual figures, but I do believe that in recent years and within the 3D printing sector Objet, as a company, was the biggest spender on R&D (as percent of revenue). The reality is that inkjet technology is complex in nature and more challenging to develop. Nevertheless, in my opinion, it also offers spectacular potential so if we do overcome the challenges involved, the results will be phenomenal and such as no other 3D printing process can compete.

The inkjet process is unique in terms of the combination of speed, accuracy, material properties and scalability. Other technologies such as DLP or SLA will excel in some areas but will have a disadvantage when you look on the entire spectrum of characteristics.

The 2D inkjet companies are spending billions on jetting process R&D, and our development is closely aligned to this because Stratasys Ltd holds a lot of IP for jetting in 3D. To give you some idea, the ink heads used in our 3D printing technology currently jets drops at 40 picolitres. New developments in the inkjet printing space will enable variable drop size in the future, allowing even higher combinations of accuracy and speed.

Like I said, inkjet is an ideal technology for 3D printing. Nevertheless, it’s challenging, it’s time consuming and will need considerably larger investment to perfect.

3D Printing Industry: The legitimate excitement — and the more unfortunate hype — around 3D printing is really starting to escalate, what is your personal opinion on the current status of this global revolution for industry and for the consumer?

David Reis: I believe that it’s here and it’s real. For Stratasys, that means demonstrating the full potential of our comprehensive portfolio and helping people to become as familiar with 3D printing as they are with 2D printing. No-one even gives pressing print on their PCs a second thought today because they are comfortable and familiar with the technology — I think that’s what we are ultimately aiming for with 3D printing.

If you are pushing me for a date, well, probably within 10-15 years. 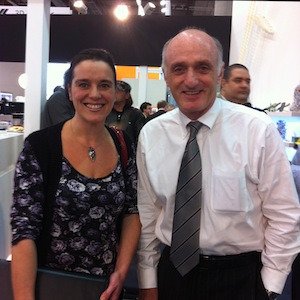 3D Printing Industry: As a manufacturer of industrial grade 3D printers, Objet’s focus has always been on the professional but do you see any potential in the consumer market?

In terms of having a 3D printer in every home – it’s not nearly as close as a lot of the hype would lead us to believe. However, the potential for lower-cost 3D printers is increasing, but I believe this will be led by hobbyists and professionals, not your average man on the street. Increased awareness, lower prices and enhanced ease-of-use are making 3D printers more and more accessible, whether that is for a garage business or a large corporation wanting to ‘draft’ models in-house. And make no mistake; Stratasys will be a major player as that market grows.

3D Printing Industry: What is your take on the recent “3D print a gun” stories?

When there are clear rules and laws about production of certain products, at Stratasys we will follow those rules. Always.

There is research being undertaken around the world, working with medical institutes to find new applications for 3D in this space. 3D printing technology can potentially aid surgeons with their operation planning. For example, I have seen a 3D print of a liver — with all of the vessels included. It was astounding!

3D Printing Industry: What is your vision, including personal predictions, for the next 5 years for 3D printing?

David Reis: Hmmm, I am not so sure about 5 years, but within 10 I think we will see 3D printers that commonly print in CMYK in ABS (or similar) material for around $3000.