Lynx A Camera — Digital 3D Data Capture on the Fly

3D design and content tools are an essential link in the future development of the 3D printing industry, enabling users to easily digitize the physical environment for the creation of customized tangible (re)productions. US based Lynx Laboratories has released a new product  — the  Lynx camera — which is designed for structural capture for anyone wanting a mobile solution for producing 3D models on the go.

The Lynx camera itself resembles a tablet, with a 14” screen and a front mounted 640 x 480 colour camera and a 3D sensor. The camera can be operated in the same way as a normal point and shoot camera and capture models by using the preselect options available for the particular purpose it is being used for. Once finished, users can navigate the captured models with intuitive joysticks to evaluate the output. 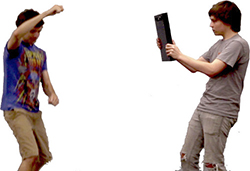 The first preset “scene modelling” allows users to scan surfaces around them and 3D models subsequently appear on the viewfinder. The object modelling feature enables you to walk around an object of interest and it automatically renders 3D data of the model. The third preset “motion capture” is designed for moving objects. You just press record and you can start capturing the movements of an actor or another moving object.

With all three preset features, the results are instant and you can immediately output the files into the formats you currently use in your workflow including PLY, OBJ, STL, XYZ, JPS and BVH. According to Lynx, the battery life is four hours. 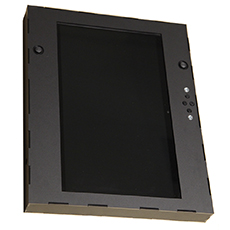 The Lynx camera is aimed at anyone needing 3D content whether you are an architectural surveyor wanting to capture measurements or a video game engineer creating game characters. The company is pledging to raise money via Kickstarter to ramp up production and open up the project for feedback from the 3D community for further ideas and development.

Lynx A can be pre ordered now although there is no pricing info available. The company states that the price is in the range of current full frame SLR cameras, and it comes as standard with desktop software.

You can see the camera in action in the demo video below.