The Low Cost SLS Race is On with ShareBot’s Revelation

Since last February, when a significant patent for the selective laser sintering (SLS) 3D printing process expired (the technology was originally invented at the University of Texas at Austin in 1984), we knew that the race to make an affordable SLS 3D printer would begin, just like it did for FDM technology in 2009. Perhaps we did not imagine that a significant contender would come from Italy. After Norge’s Kickstarter announcement last week, ShareBot, a leading Italian manufacturer of desktop FDM 3D printers, exclusively revealed to 3Discover.it and 3DPI that they have completed its research and development phase for “Project Snowhite”, which involves the development of an SLS 3D printer slated to hit market at a price below €20,000, less than a tenth of the price of the professional SLS systems available today (not counting the BluePrinter SHS system).

ShareBot did not simply tell us they built the system, they actually showed it to us, although just briefly and from far away. The 3D printer, known for the moment under the code name Project Snowhite, is already complete and it works: the 20 tiny dwarves in this photo were produced by it and the final version of the system will be on display at the next 3D Printshow, to be held in London in less than three weeks from now (September 4–6).

The SLS process is one of the most advanced industrial 3D printing processes that exists today. Sintering means the laser melts only the outer layers of the grains of thermoplastic powder, without fusing them completely, so that they stick together to form 3D objects. To do this the system needs to calibrate the laser very accurately within a sealed chamber in which the temperature is controlled with extreme precision.

The SLS technology was invented and patented by Dr. Carl Deckard and his academic adviser, Dr. Joe Beaman, in 1984, as part of a project sponsored by DARPA, the agency that deals with American military research projects, advanced. In the process of 3D printing via SLS, a platform (the “build platform”) spreads a layer of powder and heats it bringing it just below the melting point. The powders are then invested by a high intensity laser beam to form the horizontal layer of the object that is being “printed”. The process is repeated until the object is finished. One significant advantage is that this process does not require supports (since the projections of the object are supported by the non-sintered powders). 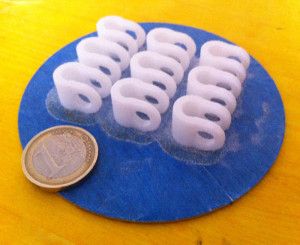 Materials include different types of polymers, especially nylon (both pure and mixed with glass fibers or carbon) and polystyrene. Like the major producers of industrial SLS 3D printers, namely 3D Systems and EOS, ShareBot has developed and will produce its own materials, already calibrated to work best with their technology.

After the first results of the Open SLS projects, the race to bring to market an SLS system at an affordable price is definitely intensifying. UK based Norge just launched its crowd-funding campaign for two low cost SLS systems, the Norge Ice 1 and Ice 9, in order to be able to launch the two systems respectively at £7,500 and £13,500, by the third quarter of solar 2015.

ShareBot will not turn to crowd-funding for its Project Snowhite. The prototype has already been completed and the company, a leader in Italy for the production of desktop FDM 3D printer (the NG and Kiwi 3D), already has the necessary resources to start production, so that Project Snowhite could be commercially available in early 2015. There is no doubt that – now that the race has officially begun – more projects will soon be made public, pushing development and rapid technological evolutions. 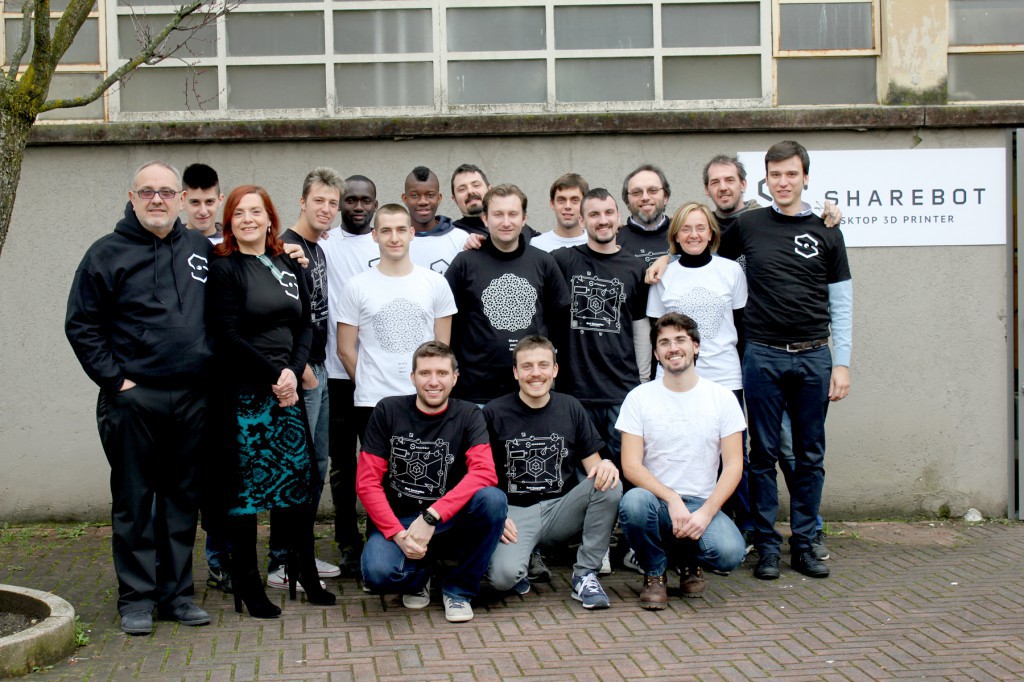 Not even a year ago SLS technology seemed just out of reach for most of us (although not for Norge and ShareBot, who both state they began working on these projects almost two years ago). Now we begin to realize that SLS is opening up and the 3D printing world is all set to go through another phase of its amazingly rapid evolution.